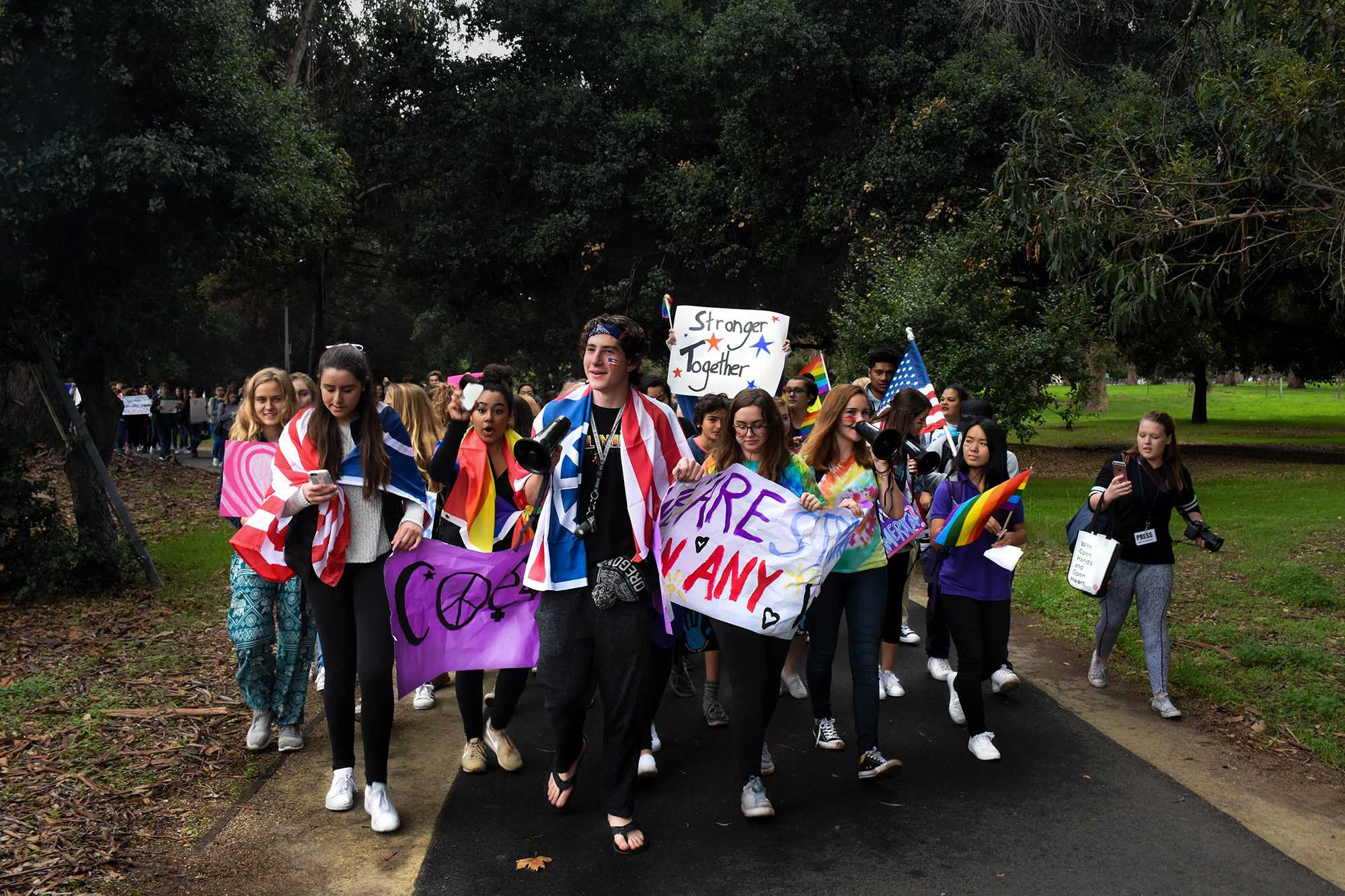 The Lives that Trump’s Policies Will Affect

Republican businessman Donald Trump’s presidential victory came as a surprise to many, including major media publications that predicted that Democratic nominee Hillary Clinton would clinch the win. Over 60 million Americans and 3 million Californians welcome the repudiation of the political and economic status quo that Trump seems to represent.

The dust of election night has settled and the nation looks to the future for the change the Trump has championed in his campaign. We talked to Palo Alto High School teachers and students and Palo Alto residents who may be affected by Trump’s first actions as president. These are the stories that we found.

The night Donald Trump was elected president, Cristina Erostico’s family decided on a spot where they will all meet in case “anything happens.” Erostico, a Palo Alto High School junior of Mexican descent, does not describe in detail what “anything” exactly is, but the implication is clear.

Upon the election of Donald Trump, families like Erosticos’ fear that his rhetoric targeting illegal Mexican immigrants may cause more hate crimes against legally immigrated Mexicans as well.

“Being a Latina girl, it scares me knowing that now I could be stopped at any time and deported just because of the way I look — my skin color,” Erostico says.

Trump has promised to deport 11 million undocumented immigrants in the United States and is likely to cancel President Obama’s executive orders establishing the Deferred Action for Childhood Arrivals and Deferred Action for Parents of Americans programs, which would have temporarily pardoned some undocumented immigrants and given long-term illegal immigrants work permits. These reforms scare students like Erostico, despite the fact that her parents have legally immigrated here in 2000. “I’m just hoping that maybe, somehow, he realizes that this isn’t the right thing to do.” 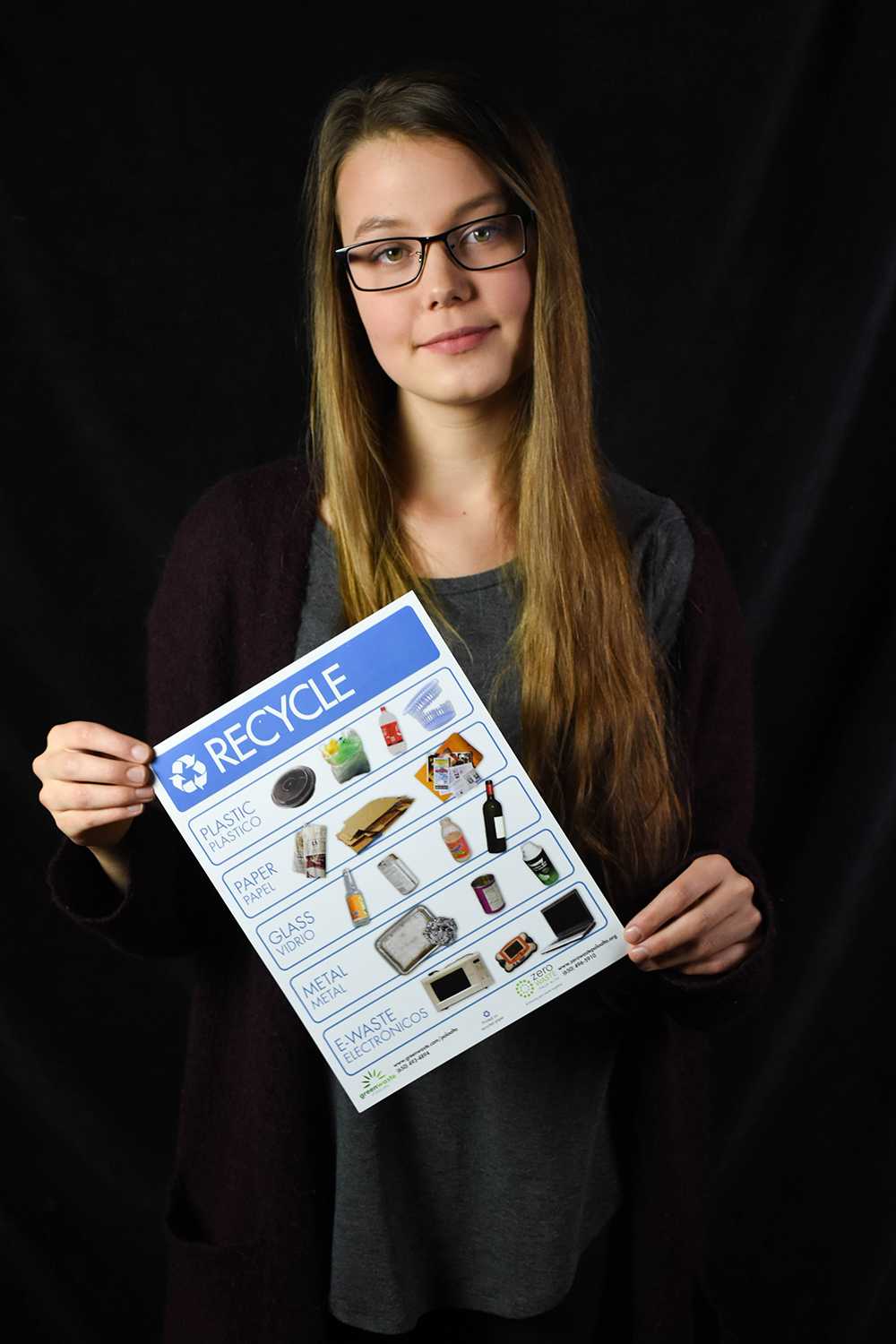 Paly senior Zoe Dellaert’s body glides through the water off the coast of Exmouth, Australia, gliding to catch up with a whale shark nearly five times her size. It is moments like these that remind Dellaert of her passion for preserving the environment and her dream of studying climate change.

Dellaert, president of the Veggie Club and the founder of the Zero Waste Initiative at Paly, was surprised by the results of the election and fears that Trump’s ignorance and negligence with reversing climate change will have permanent effects on all. He has vowed to roll back Obama’s signature effort to reduce greenhouse-gas emissions, known as the Clean Power Plan, and to scrap a litany of other “unnecessary” rules, especially those imposed on the oil, gas and coal sectors.

“There’s a high chance that in four years, he will also pull out of the Paris Environmental Accord, cut all funding to climate change research, and in general make bad decisions in regard to the environment,” Dellaert says.

She was especially disappointed by Trump’s nomination of Myron Ebell, a Washington figure who has argued for opening up more federal lands for logging, oil and gas exploration and coal mining, and for turning over more permitting authority to the states.

“Our planet is the only thing we have left, and if we aren’t protecting it then we are doing something wrong,” Dellaert says. “If we don’t have our planet we have nothing.”

However, Dellaert still feels hopeful for the future of the planet, ironically because of the U.S.’s lack of initiative in preserving it.

“The U.S. has never been the leader of the environmental protection movement. Other countries in the UN are amazing at renewable energy. China and India are doing a lot more to transition into renewable energy than we are,” Dellaert says. “As hard as it is to be an American environmental scientist, the world will still be okay. I’m hoping.”

Dr. Sophia Yen has known that reproductive rights and healthcare were her passion since she was 16-years-old.

“I was sexually active, and I knew that if I ever got pregnant, I better damn well have the right to decide what happens to me and my body,” Yen says.

This determination to access reproductive healthcare has morphed into a lifelong mission that guided Yen into her current career as an adolescent medicine specialist and pediatrician, as well as CEO of Pandia Health, a birth control delivery company. Her role as a clinical associate professor at Stanford University also finds her working at a teen clinic that provides confidential care and resources. Working with teenagers has made Yen intimately aware of the need for easily affordable reproductive care, and she fears the consequences of a Trump administration, which has promised to repeal the Affordable Care Act (also known as Obamacare).

“Birth control currently is available with no copay, no deductible, for any FDA-approved medication, and women prior to that [the ACA] have had to pay hundreds of dollars each year for birth control,” Yen said. In the event that the ACA is repealed under Trump, Yen said, “I think that a lot of people are going to start having to pay out of pocket for birth control again, and I think that IUDs might not be covered.”

Dr. Yen is also concerned about the future of the government programs, such as the Title X Family Planning Program, that currently provide free or reduced-cost family planning services to teens and low-income populations.

“As long as you are in California, you should be relatively safe,” Yen said, “but if they cut the federal budget for Title X Family Planning, that money has to come from somewhere. California will step up, but will they be willing to step up to their current level of funding? I don’t know.”

Yen points out that Title X also covers STI prevention, and that any cuts to the program could potentially increase the prevalence of STIs. She also foresees, under a more conservative administration and a Republican-controlled Congress, an increase in more tangible restrictions on reproductive care, such as mandatory parental notification for minors seeking abortions or birth control.

“Look at Texas, and look what has happened there, and magnify it to the entire nation. Texas basically shut down the entire Title X Family Planning,” Dr. Yen says. “What they saw, and what I hope that Trump realises, is that the rate of maternal fatalities [when family planning services are cut] is on par with third world countries.”

According to Yen, without government services, pregnant women often go without prenatal and postnatal care, which can have a detrimental effect on maternal and and neonatal health.

Above all, Dr. Yen stresses the importance of accessible birth control, a privilege that may be harder to access in the coming years, to the welfare and success of young women.

“What woman would have graduated from college or higher education without birth control?” Yen said. “Seeing [teenage pregnancy] is a waste of opportunity. You can have sex, just don’t get pregnant. It’s so preventable, and I just want everybody to achieve their maximum potential.” 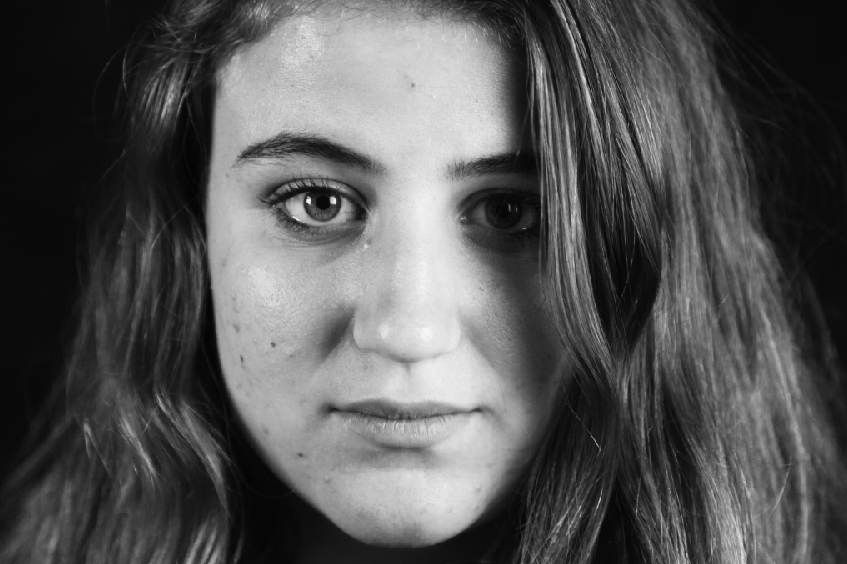 On the eve of election night, Paly senior Aisha Chabane sat down to write an impassioned opinion about the election for the Paly Voice. In it, she did not take an accusatory or fearful tone, but a tone optimistic about the future.

“I didn’t write about #NotMyPresident, or whatever. Personally, I don’t think that’s going to take us anywhere,” Chabane says. “I think instead of not accepting this election, we need to be like ‘Okay, there are a ton of people in this country who are scared of Muslims so what can we do about that?’”

Chabane, a young Muslim woman, has felt that, Trump’s claims of instituting a temporary ban on all Muslims coming into the United States have caused an increase of hate crimes against Muslims. In fact, according to a recent FBI report, hate crimes against Muslims surged upward from 154 bias incidents in 2014 to 257 in 2015, a year that saw upticks for many religions and races. Chabane’s family has also experienced more subtle prejudice. For example,  her father has been stopped at the airport more often recently, mostly because of his Middle-Eastern sounding name.

Despite this, Chabane is optimistic that the true key to eliminating hate crimes is informing those bigoted towards Muslims.

“There isn’t much that you can do besides educating others. I think that’s the only thing you can do right now,” Chabane says. “Things like the recent peace protest was great, because it showed people that there are Muslims around you, and they’re not terrorists.”

For Paly junior Anna, whose name has been changed to protect her identity, Trump’s impending presidency brings up fears about what might happen if the president elect follows through with his promises to defund planned parenthood and appoint pro-life judges to the Supreme Court.

Right now, Anna, who is sexually active, doesn’t have to worry about obtaining free birth control, but the prospect of losing access to contraceptives is alarming. Now that the reproductive rights of women are threatened, Anna has been forced to think harder about the implications that Trump’s policies will have on her and on other women.

“The fact that so many women are talking to their doctors to get IUDs just shows how important birth control and contraceptives are to women. Donald Trump doesn’t have the right to take that away.” 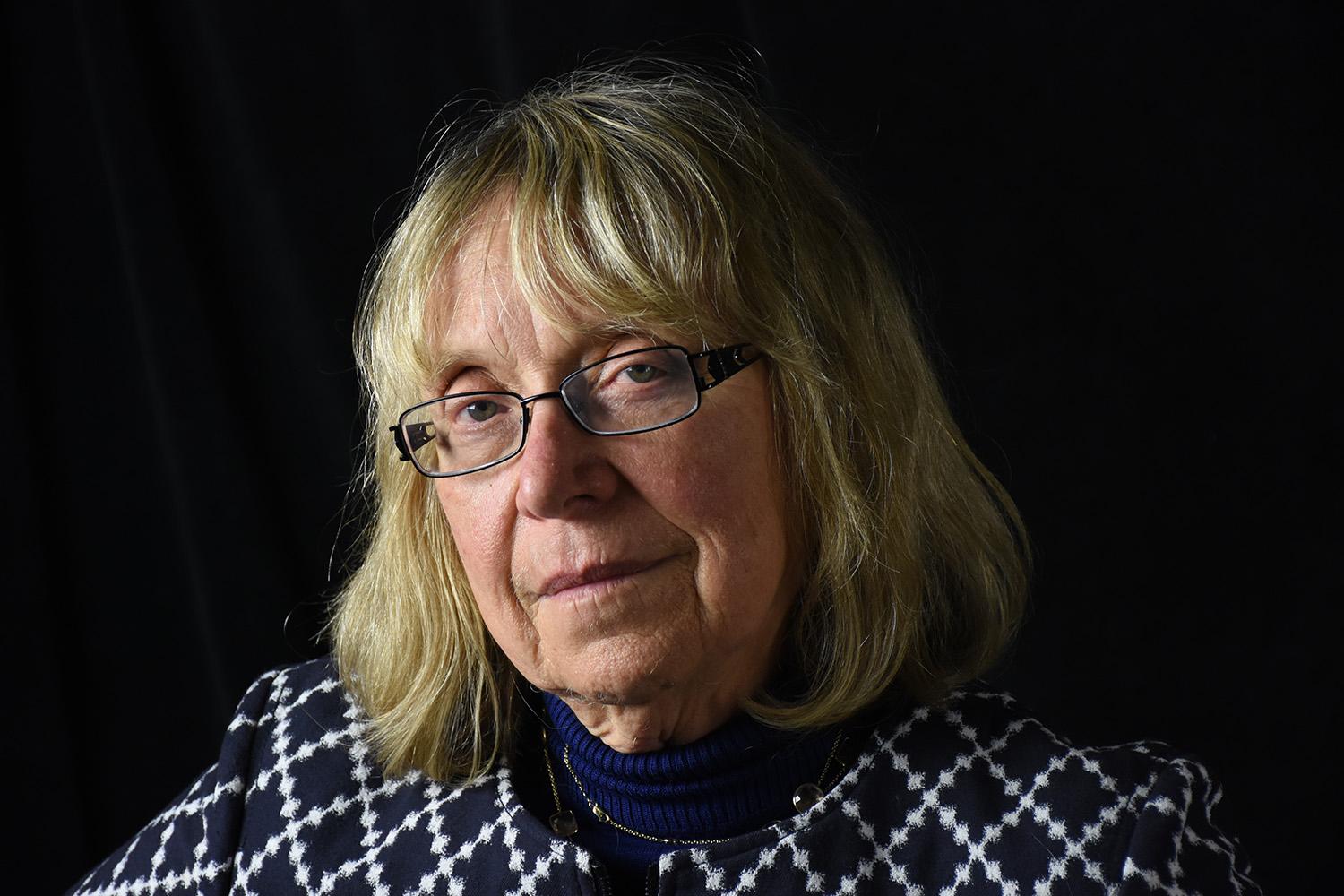 Paly journalism teacher Esther Wojcicki’s has spent the past __ years reporting on controversial issues and educating students about the power of journalism. However, to Wojcicki, Donald Trump’s future presidency poses a threat to the rights of the press that she values close to her heart.

Wojcicki feels that Trump’s ban of certain media outlets like Buzzfeed and Politico during his campaign is indicative of how Trump will treat the media in his presidency. She especially feels that it is inappropriate for a president-elect to to treat journalists the way that he has during his campaign.

“In the past, the presidents have all allowed media to travel with them,” Wojcicki says.  “This [Trump’s hesitancy to let media travel with him] would be a violation of tradition.  It’s the right of the nation to know what the president is thinking.”

However, despite what changes Trump will bring to the journalism industry in the future, Wojcicki feels that overall, journalism cannot be killed easily.