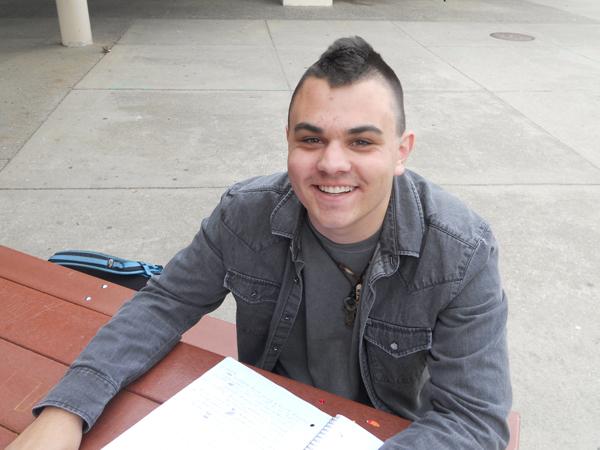 Cardillo (Also known as DGA) aspires to be a music producer when he grows up, but he also performs as a rap artist.

In less than five seconds, Ross Cardillo transforms into DGA (Dopest Gringo Alive). Before his transformation, he was a composed Palo Alto High School junior, but as he pulls out his notebook and reads from the cluttered collection of doodles and notes as words flow effortlessly through him. He bends prose and meter to fit his needs and rhymes lyrics on command. After Cardillo ends his personal concert, he again becomes that serene student.

Cardillo started rapping in the eighth grade when he was a student at Jane Lathrop Stanford Middle School. His friends had begun to experiment with freestyle rap and Cardillo joined in, quickly realizing his passion for the art form. Since then, he has experimented and developed his skills.

“I just want to say things that I actually agree with, don’t say things just because it’s the thing that you say if you’re a rapper,” Cardillo says. “It’s [my music] like that and social commentary and it can get kind of far out kind of stuff, more abstract thoughts about the universe and stars and weather; just life in general.”

Cardillo has performed at the Electronic Music Festival at the Media Center. He has also become greatly involved with writing his own lyrics.

“[Writing is] the thing that I’ve enjoyed most in my life and it’s the most confidence I’ve ever had is in doing lyrics because I feel pretty confident and good at it.”

Cardillo focuses on creating a positive influence for his listeners. Although he enjoys creating prose, he is most proud of its hidden messages and strays as far as possible from mainstream music. He has little regard about flagrant or obscene words.

“There are a lot of rappers that are just regenerating the same old messages that are just as bad as they ever were, but I don’t think I am the only one who is trying not to do that,” Cardillo says. He continues, “I think there’s a lot of good artists, or people who are kind of harsh and offensive to a lot of people, if you listen to the details of what they are saying, actually have good messages, they’re just harsh about it.”

Cardillo’s individuality comes through in his lyrics. Often infused with satire, Cardillo uses his lyrics to express his views on what he sees around him. Cardillo also finds time to write lyrics for his friends and fellow performers.

“I try to spend more time on just music and writing,” Cardillo says. “And also I have friends who produce a lot, so I am often writing for things that they produce.”

Cardillo’s meter is a key portion to his own sound. While other find polyrhythms difficult, Cardillo finds that the flow comes while writing.

“It always has rhythm when I write it, that’s just how I write it. If I’m planning on doing it in four-four time, or five-four time, or three-four time, and plan out, I’ll literally mark the syllables and when I’m  supposed to hit.”

Even with balancing high school and his enthusiasm for producing, he finds solitude with art and graphic design, using Photoshop. Being self-taught, he takes extreme liberties with his art. 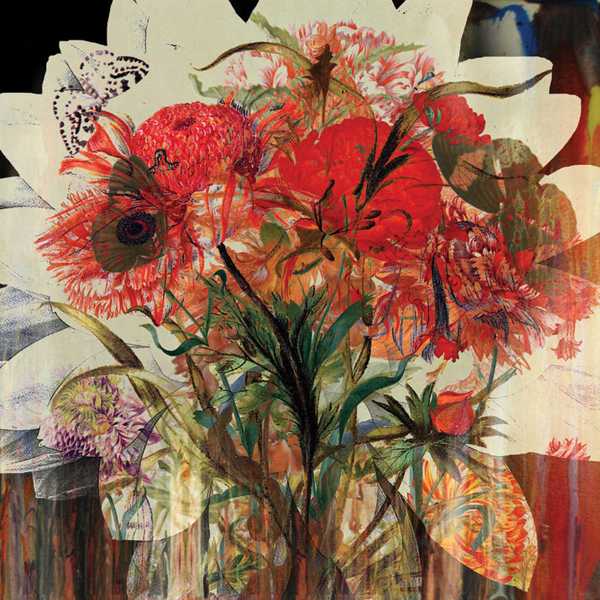 Ross Cardillo finds art through Photoshop most thrilling, but he still grounds himself through music.

“I like merging lots of [images], kind of like what I do with music, I sample lots of things and put them together,” Cardillo says. “Kind of like a collage, but they can end up not very recognizable.”

DGA releases his art on DeviantArt, a popular user-based image site. He also includes these designs for his Bandcamp banner, his albums and EPs released through multiple channels. Even with these free multimedia platforms, he still finds it difficult to become more recognizable.

“I put stuff nonchalantly on YouTube and on SoundCloud, and more recently I’ve tried to put up my stuff that had lyrics on Bandcamp and my friends and I have been trying to form something,” Cardillo says. “We’re still just spending a lot of time trying to make a bulk of stuff so it’s hard to get into promoting it when you don’t even have ten really solid tracks.”

Even with this outlook, he still enjoys his method. He finds the platforms simply as a way to immortalize his work.

“We just put out music for free on Bandcamp,” Cardillo says. “You can do it for free as long as you’re under some download limit, and since we’re mostly just doing it so people can look at our music, if they want, it’s not like a big effort right now to get lots of people.”

Cardillo’s greatest rap influences come from groups such as Brother Ali, Das Racist and Jurassic 5, but he also takes inspiration from all aspects of his life. His diverse range of music taste has continually been a large influence.

“I listen to everything, from Simon & Garfunkel to opera, to hard core rap,” Cardillo says. Some of his style is influenced in traditional Mexican and Hindi musical sounds as well.

Despite his wide range of musical taste, Cardillo has chosen to focus mainly on rap. Cardillo strives to make his music distinctive and strays from “mainstream rap,” instead creating his own sound and style.

His music also is influenced by monster movies from the 1950’s, often referencing them in his songs.

When Cardillo discusses his possible career in the music industry he is serious and determined. Unlike many high schoolers, life after college seems more concrete for Cardillo, than most high schoolers.

“I’m just going to try to make money doing exactly what I want to do [produce],” Cardillo says. “I’m going to be careful not to bend what I’m interested in, the sound that I am interested in, to [make] money.”