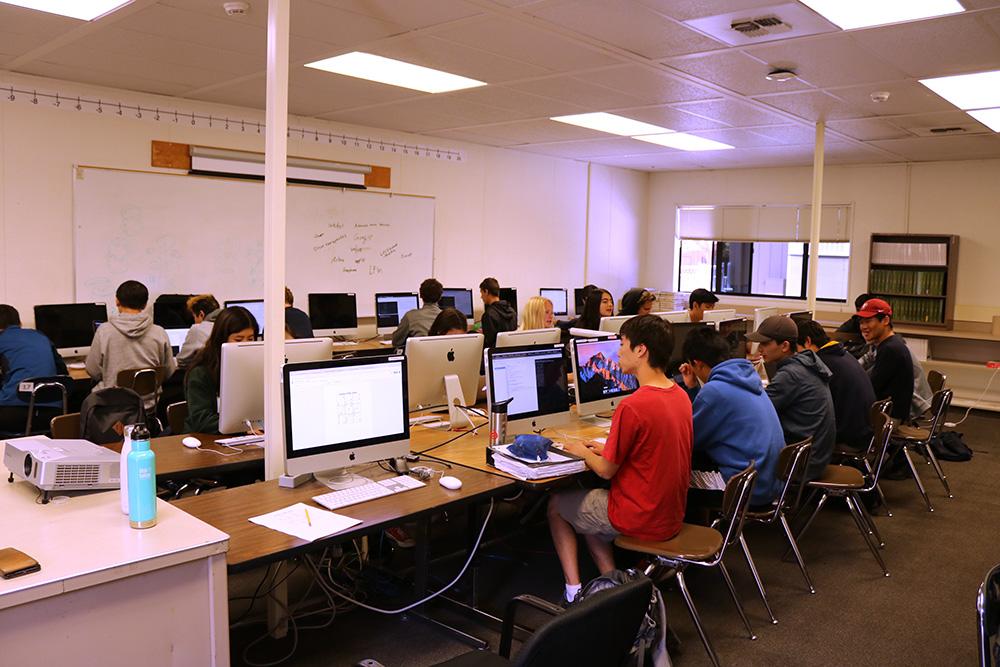 “We intend for the new teachers to come in and occupy the exact same roles that our current teachers who are leaving are occupying,” Chen said. “That would mean they would need to be both a computer science teacher and the adviser for the robotics team.”

Despite this, Friebel acknowledges that the incoming teachers will still have a certain amount of freedom in deciding which classes they will teach.

“This year I introduced an advanced web design class,” Friebel said. “But maybe web development is not in their wheelhouse, so they wouldn’t teach that. Maybe down the line, they would want to invent another course that’s more in line with what they know.”

In spite of this freedom, there are still certain classes that will need to be taught next year.

For the robotics program, Kuszmaul’s goals include moderating the amount of time that his successor will need to spend in the robotics lab.

“Even though that person might have the same titles, I wouldn’t want the person coming in feeling compelled to spend as much time in the lab as I have,” Kuszmaul said. “It’s a continuing process to transform the head coach and computer science role into one that is more sane.”

While losing their adviser will result in an acclimation period for the robotics team, Robotics Captain Devin Ardeshna remains positive.

“What will be felt the most is no longer having Mr. Kuszmaul’s guidance on leadership, communication and teamwork,” Ardeshna said. “While we don’t know who this person [the robotics coach] is yet, we hope to be able to utilize the summer to make the transition as smooth as possible.”

Alongside these changes is also the push to implement a CS graduation requirement. A committee consisting of administrators, parents, teachers and students hopes to find a solution for how education will address the increasing use of computer science in today’s world.

The committee was to present its proposal the week of May 22 to the Board of Education, with discussion to follow over the next two board meetings.

“We want to give students the opportunity to see if it [computer science] is something they might really love and that they might not have otherwise thought they would love,” Friebel said. “And it’s not just a hobby or a side thing. It’s a core human technology at this point and it’s a new form of literacy that people need to have.”