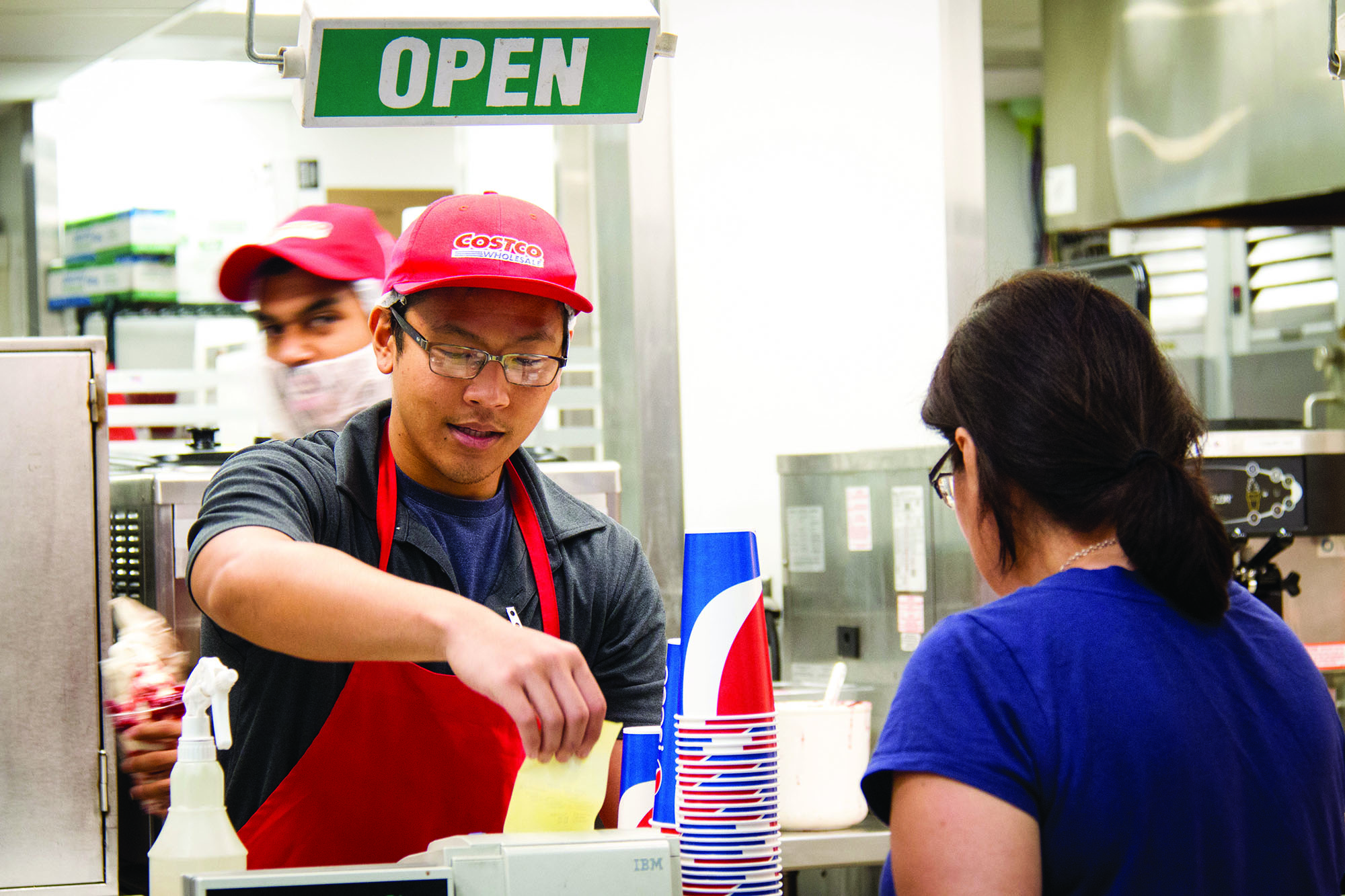 Costco Wholesale Cafe: The Bulk and Quality Costco Stands For

Swarming crows of eager shoppers filled the massive storage space and gravitated towards the Costco food court nestled in the corner of the building — this cafeteria seemed to have a life of its own. As we examined the paneled food images extending across the wall above the cashier, we found a simple yet satisfactory menu of 10 items. The menu displayed items ranging from combo pizzas to berry smoothies, each priced under $5. After moving through the almost nonexistent line, we received our food faster than we could find seating. For its price and quantity, the Costco cafeteria is the ideal place for famished high schoolers with their parent’ membership card and small change to drop by and satisfy their empty stomachs. 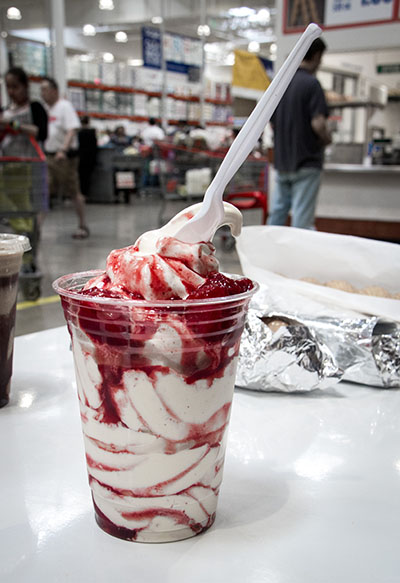 Characterized by an artful disarray of burgundy swirls spiraling through vanilla ice cream, the Very Berry Sundae with strawberries was visually impressive. The taste, unfortunately, was noticeably less pleasant than the aesthetics. The strawberries were accompanied by a thick, sticky jam that obscured all traces of their natural aroma and left nothing but the synthetic sweetness of artificial flavoring. The vanilla ice cream’s thick consistency and creaminess were a touch overdone. 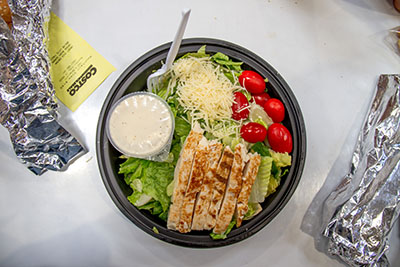 A comparatively nutritious alternative to the typical American classics, the Chicken Caesar salad contained romaine lettuce and tomatoes in harmony with bits  lightly seasoned chicken. Although not different in taste from homemade salads, its freshness was undeniable — the leaves’ crunchy texture and tomatoes’ firmness revealed the quality of the produce. The sealed cup of ranch is flavorful and complements the salad without becoming overwhelming, while a hint of seasoning in the chicken strips enhanced the overall taste. The salad came in a pre-packaged container and created an inexpensive option for individuals on-the-go. 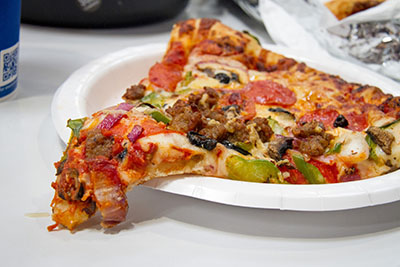 Of the pizza options, we chose to go with the combo instead of the cheese and pepperoni. The pizza we received was built on a base of ordinary tomato sauce garnished with melted cheese, spicy slices of pepperoni, and bits of olives, sausage and pepper to top it off. Though the cheese lacked gooiness, the overall ratio of toppings to sauce and crust was satisfactory. 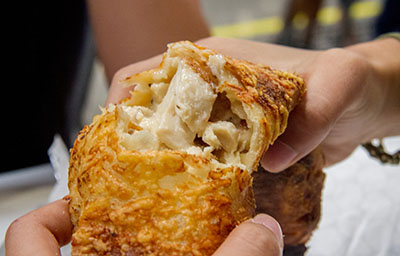 Baked to a golden complexion, the chicken bake was composed of chicken breast, bacon, caesar dressing and melted cheese on the inside and outside. The crispy texture of the bread highlighted the creamy mixture inside. Though the the chicken bake may have appeared deflated on the outside, the inside was packed with flavor. 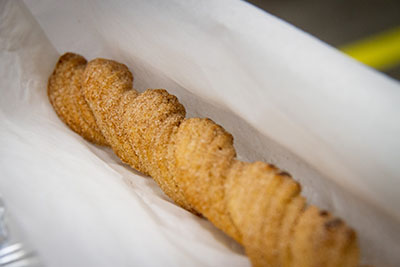 One dollar at Costco will buy you a foot long of happiness in the form of a twisted churro that will appeal to the sweet tooth in everyone. The outer layer was coated in a mixture of sugar and cinnamon. One bite into the churro revealed the moist inner layer. Although the churro was overall delicious, Costco could have been more generous in the addition of sugar to the coating.