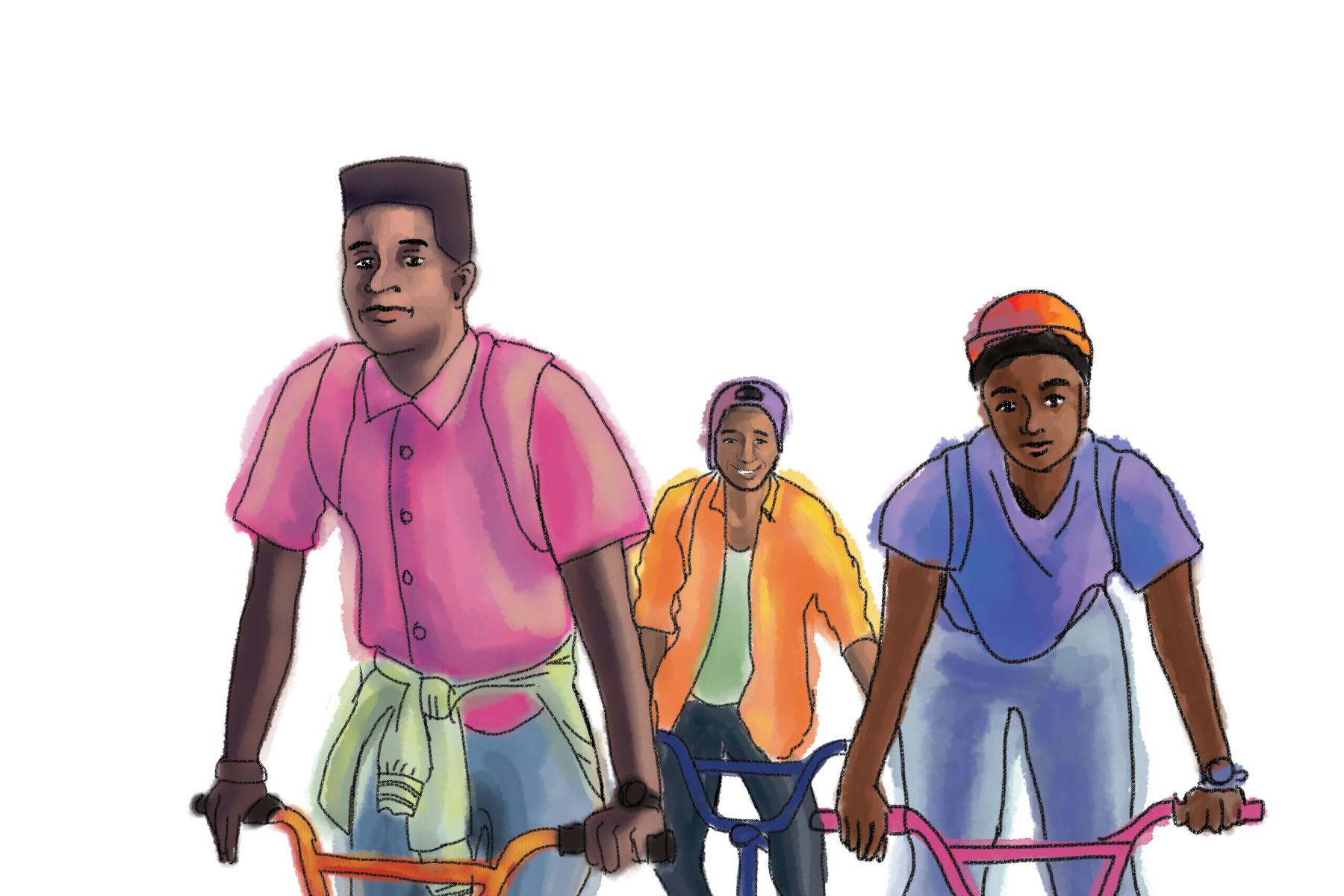 The brief period between childhood and adulthood is a weird one — we start to get pimples, are forced to think about our futures, and for some, delve into the world of dating. Great coming-of-age movies reflect this time of awkwardness and confusion with engaging relationships and characters that are worthy of rooting for. Of course, there are the iconic John Hughes movies, but what about other movies that tug at our heartstrings and force us to relate and sympathize with their confused young adults?

“Dope,” directed by Rick Famuyiwa and released in 2015, is obnoxiously loud in color, enthralling and, dare I say it, funky fresh. ‘90s hip hop geek and straight-A student Malcolm (Shameik Moore), navigates through his senior year of high school in South Central Los Angeles, an area teeming with drug dealers and gang members, with the ultimate dream of being admitted into Harvard University. Malcolm and his two best friends, the brash Diggy (Kiersey Clemons) and the cautious Jib (Tony Revolori), soon find themselves in a complex drug scheme involving $100,000 of MDMA, or “molly,” after Malcolm does an innocent favor for drug dealer Dom (A$AP Rocky). In typical millennial fashion, they sell the drugs by using bitcoin and hacking computer systems.

The R-rated plot is unrealistic, which is what makes the movie so great. Malcolm, who wears printed short-sleeve shirts, mom jeans and vintage Air Force Ones, and his two equally cool friends label themselves “nerds” and “geeks,” a term unfitting for three attractive and intelligent teenagers. Even more idealistic is that Malcolm wins the attention of the stylish cornrowed beauty Nakia (Zoe Kravitz) and seduces Victoria Secret model Chanel Iman, who plays a drugged-up rich girl named Lily. But Dope’s unrealistic nature makes it interesting. Yes, most teenagers do not sport high-top fades and get near-perfect SAT scores while dealing molly, but for two hours we sympathize with Malcolm. We want him to win. We want him to get the girl and go to his dream school. We want him to succeed because despite his seemingly cool nature, he doesn’t know what he is doing and yet he still tries hard.

The message in “Dope” is unclear: Is it encouraging audiences to be individualistic and different like Malcolm? Or is its message that young adults should strive for their dreams, much like Malcolm did through drug dealing? Nonetheless, Malcolm is a character worth rooting for because of his tenacity, sensitivity and determination.

The Way Way Back 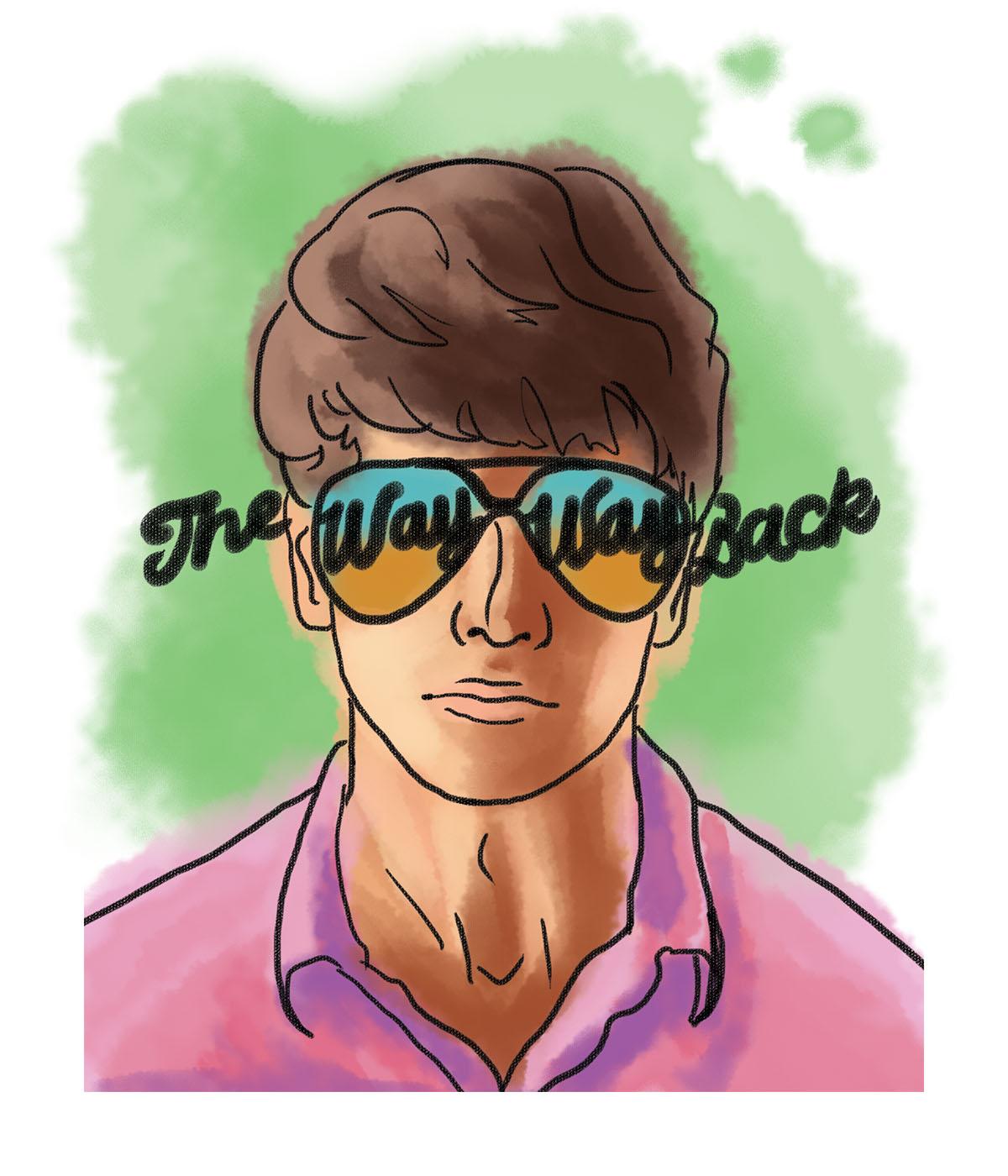 Life is about growing up and facing the tough realities of the world, as Duncan (Liam James), an awkward 14 year old, discovers. PG-13 rated “The Way Way Back,” released in 2013, takes place in a beach town, where Duncan spends the summer enjoying the sun with his mom Pam (Toni Collette) and her boyfriend Trent (Steve Carell). Reserved and uncomfortable, Duncan suffers from Trent’s terrible treatment — at the beginning of the movie, Trent asks Duncan to rate himself out of 10 and promptly calls Duncan a three.

It is a poignant coming-of-age film that expertly navigates growing up, escaping a toxic home environment and finding people who really love you. As Duncan finds a place to escape Trent and his well-meaning yet indifferent mom by stumbling upon a job at the local water park, he grows as a person in unexpected ways. Through his experience working with a ragtag group of employees, Duncan becomes more confident and finds true happiness. The only downside to this film is some of the tropes it falls into — for example, Duncan predictably ventures into a relationship with the next door neighbor’s daughter. Nonetheless, the stellar acting and emotional appeal easily mask those aforementioned faults. “The Way Way Back” is a warm and endearing charmer. 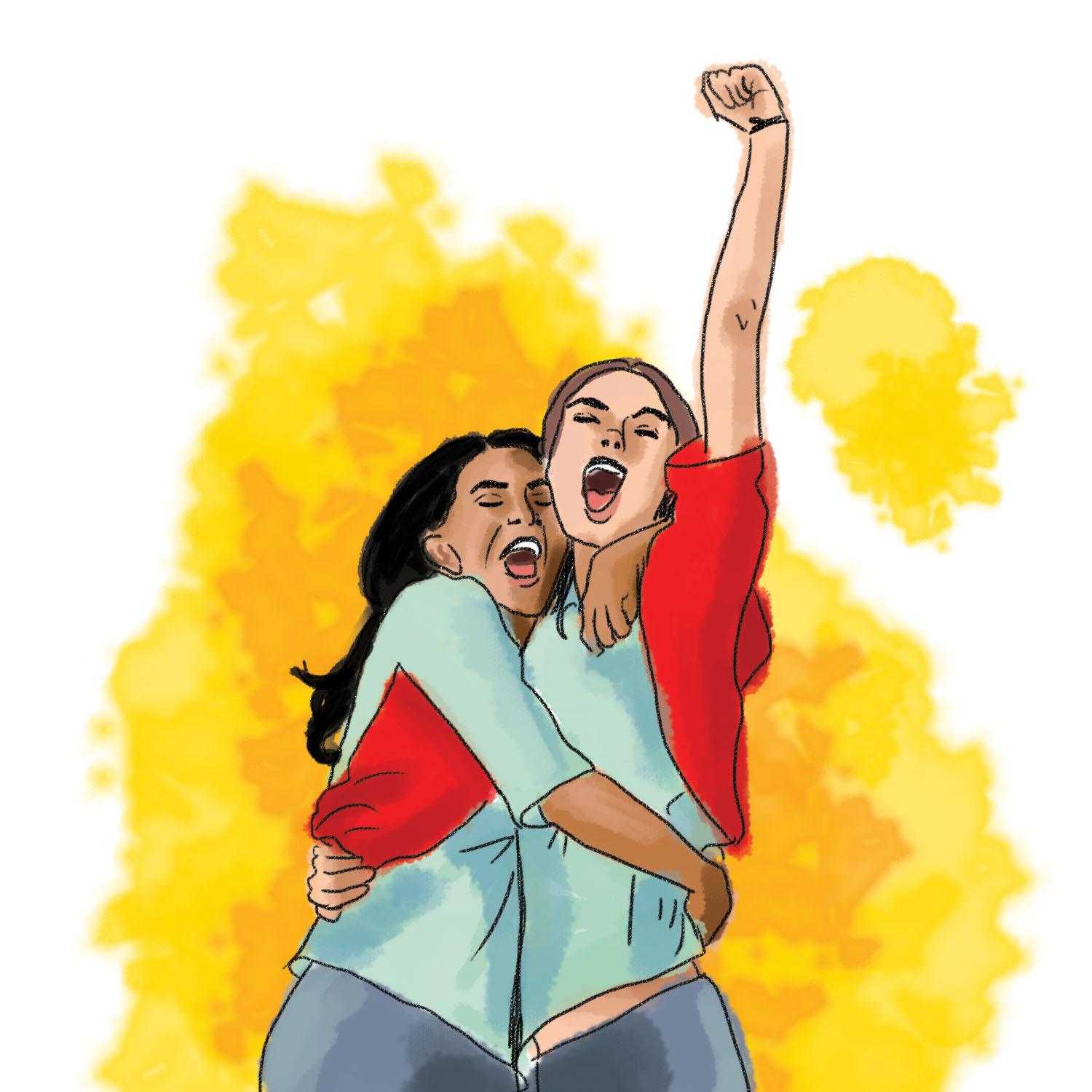 “Bend It Like Beckham,” released in 2002, has a simple premise: Jess Bhamra, a Sikh-British girl living in a London suburbs with her traditional Indian family, just wants to play European football with a local team. The downside? Jess’s parents are strictly against her playing football because she’s a girl. She, therefore, has to follow her dream secretly, all while navigating her sister’s wedding; her relationships with teammate Jules and coach Joe; her identity as both Indian and British; and the elusive future.

The PG-13 rated movie escapes the tropes expected of a coming-of-age movie by infusing smart dialogue, quality acting and a dose of humor into the plotline. These components come together to create a movie that addresses issues such as love, sports and family in a way that is refreshingly earnest and enjoyable.

The movie avoids being a typical “rebellious-teen-escaping-strict-parents” story by the way producer Gurinder Chadha portrays Jess’s family. The narrative is one of parents who are genuinely afraid for their daughter in a world that mistreats people of color. In one scene, Jess’s father describes how he was blocked from joining a cricket team in his youth because he was Indian and how he does not want Jess to feel the same pain. “Bend It Like Beckham” is a quality coming-of-age movie — as Jess plays football, she finds her own place in the world and learns the always-applicable lesson that life is hard, but ripe with wonderful opportunities. “Bend It Like Beckham” isn’t super original, but it is very authentic. 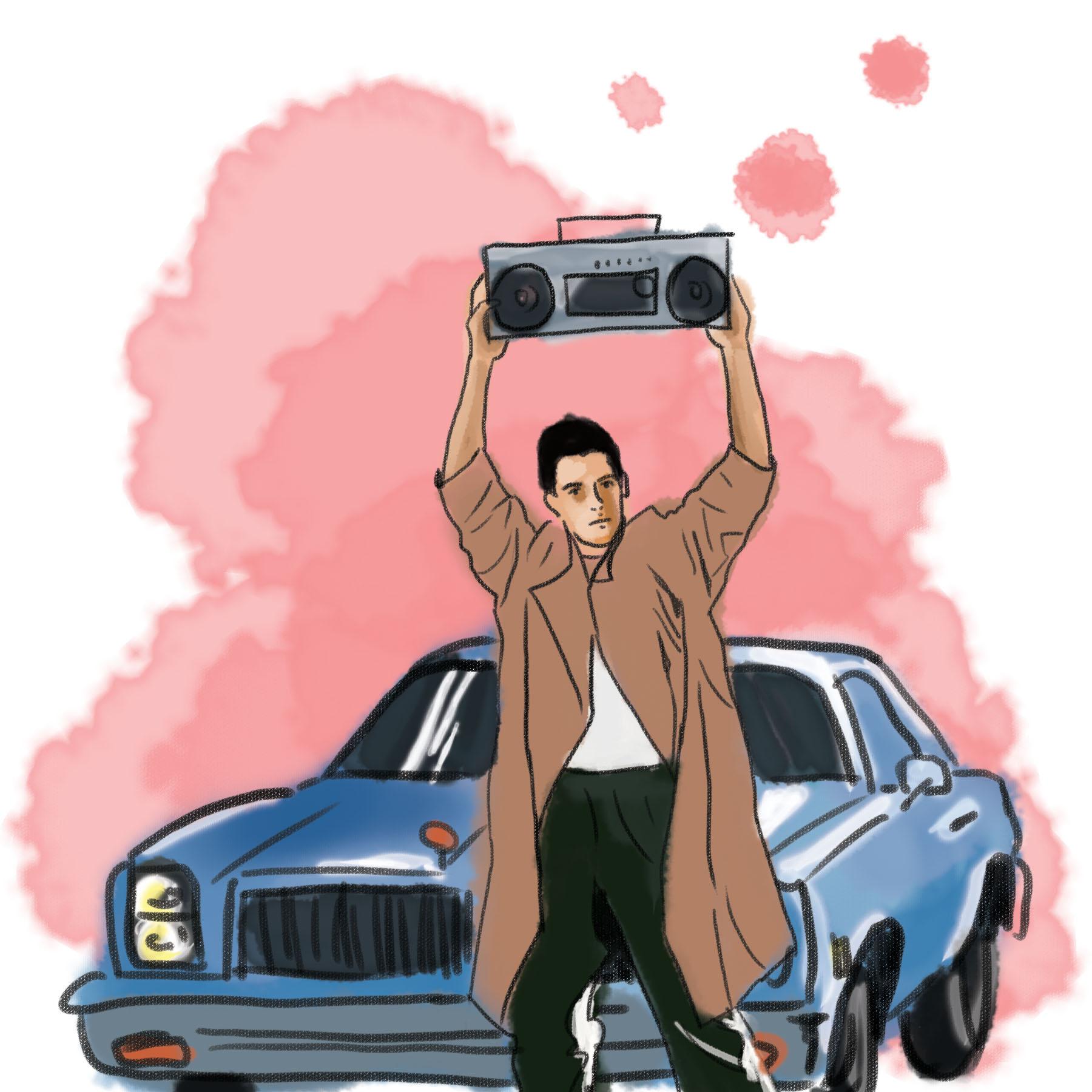 Lloyd Dobler’s (John Cusack) confident stance whilst holding a boombox playing Peter Gabriel’s song “In Your Eyes” high above his head isn’t the only heart-wrenching moment that Cameron Crowe’s 1989 “Say Anything” offers. In this classic PG-13 rated 80s movie, Lloyd, an aspiring kickboxer and recently graduated high school student, falls for sheltered valedictorian Diane Court (Ione Skye). Despite warnings from his friends and her father’s disapproval of Lloyd’s underachieving nature, Lloyd and Diane predictably have a romantic summer together. Throughout the movie, Skye unconvincingly plays the archetype of smart girl corrupted by sweet bad boy, but Cusack really steals the show. Lloyd Dobler is a sensitive and determined weirdo — in other words, he is real. The plot is foreseeable, but Lloyd and Diane’s old-school romance reminds us of the awkwardness of first loves and young passion.