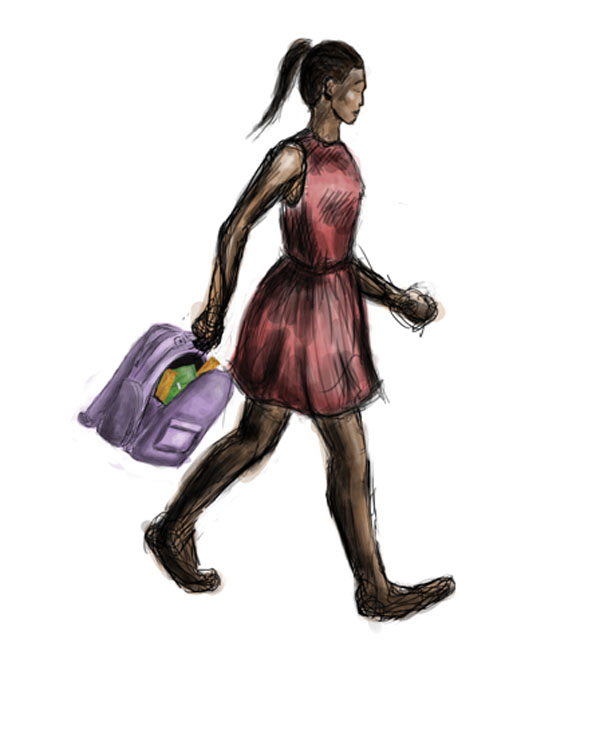 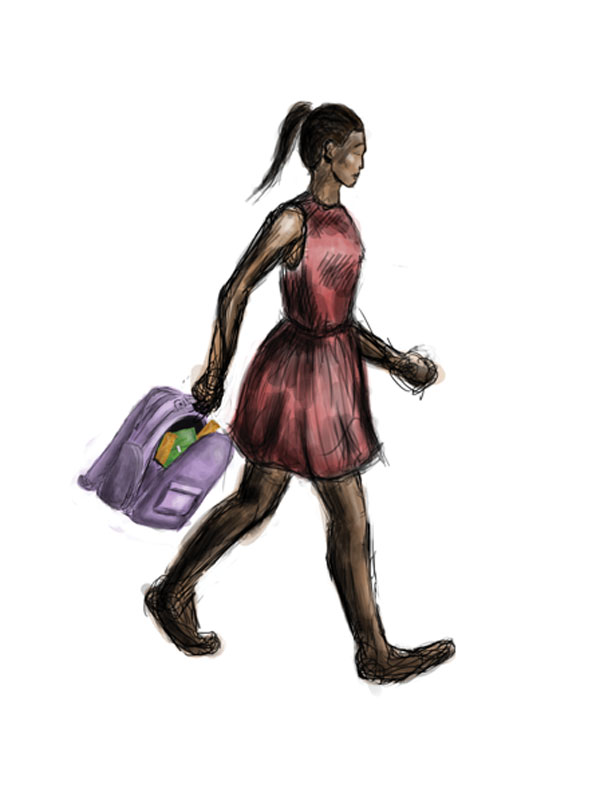 Once upon a time, Little Red Riding Hood was late crossing the red river. She’d opened Mother’s Nature gift in her leaky basement, only to unleash a bunch of Communists in the fun house, who later caused a murder scene at a red light. Meanwhile, Old Faithful erupted again because it was that time of the month. And Red Riding Hood was caught in the thick of it all, just because she’d wanted to visit her Aunt Flo to celebrate shark week.

If any of these sound familiar, it’s probably because they’ve been used before by girls on their period. These ridiculous phrases have one purpose: to communicate the bleeding of the vagina. But why make it such a big deal? What is it about four tablespoons of blood that causes girls to hide behind Little Red’s cloak?

“Period stigma” is not a common phrase. If one were to walk down the open-air hallways of Palo Alto High School, the periods mentioned would be of the scheduled or grammatical variety. Girls have created nicknames to discuss cramps and ravenous appetites because of the stigma that society has placed on periods. Through the media and a lack of education, society has reduced menstruation, a monthly factor in the female existence, to an unnatural and fear-evoking phenomenon at the level of He Who Must Not Be Named.

Although it is completely okay for a girl to keep the state of her vagina private, there is a difference between discretion so as to not offend one’s delicate sensibilities, and discretion in order to avoid the shame associated with a certain topic; enter the stigma.

Said stigma begins at the ripe age of 10 where, during the fifth grade puberty lecture, boys and girls are split into two groups and explained their respective reproductive systems.

The boys usually finish half an hour before the girls, and the reason behind this phenomenon is that the boys often don’t learn about periods at all. As girls sit inside a classroom and learn about the wings on a pad, the fifth grade boys, having finished with wet dreams and erections, often move on to play basketball outside without a care in the world.

Most of the time, the only information boys receive about vaginal bleeding is through conversations with others, the media and the seventh grade biology unit. As girls realize that their period is a “secret,” they begin to avoid mentioning it in conversations, choosing to use nicknames instead.

The stigma is further enforced by the media; Television ads often use blue liquid while demonstrating how well sanitary products absorb fluid, planting the idea that natural blood seeping from the uterus should be as clean as chlorinated water.

This, of course, is physically impossible, as girls have no control over the pH of their blood. Must the ads instead use menstrual blood harvested from the groins of a female volunteer? No, but is it so much to ask that the blue dye be changed to red?

Continuing the trend of stigmatizing advertisements, in a campaign that is almost as offensive as a PMS joke, pad and tampon companies have begun marketing their products as “discreet.”

Tampax’s latest tampon design features a “discreet wrapper that is softer and quieter” than that of their previous products. Women’s bathroom lines around the world will be reduced as ladies no longer wait for the run of the faucet or the flush of a toilet before tearing open a Tampax Radiant Compak Regular. Or at least that is what the online description implies.

But why do these ladies desire the secrecy a quiet wrapper offers? Why not embrace the loud crackle of plastic ripping at the seams? Why not encourage women to announce their stage in the menstrual cycle, to sit up straight and shout to their fellow compatriots, “I AM WOMAN. HEAR MY TAMPON WRAPPER RIP!”

Every spring for the past four years, Brown and co-worker Steve Johnson have visited the seventh and eighth graders of a local private school.

“I tell the girls about what it’s like to be a seventh or eighth grade boy and get an erection when you’re sitting in math class. …We tell the boys all about periods,” Brown says. “They’re [the girls] anxious about making a mess, somebody noticing their pad in the back of their clothes.”

The educational experience at Brown’s local private school differs from the Jordan Middle School sex unit where, according to science teacher Lori Monahan, students learn only the physical components of the reproductive systems, memorizing the various glands of the male member and the progress of eggs in female fallopian tubes.

The biological take on sex education continues through high school, where in science teacher Nicole Loomis’ freshman biology class, the various stages of pregnancy are revealed along with a review of the menstruation cycle. Although the teachers are willing to discuss other ideas, such as society’s attitude towards periods, the curriculum does not require them to and the topics often remain undiscussed.

Brown and Johnson, on the other hand, cover sanitary products, bathroom anxiety and PMS.

PMS, or Premenstrual Syndrome, is one of the most misunderstood factor about periods. Like its name suggests, the symptoms of PMS occur before the female begins to bleed, not during, and disappear about two days into the period. Said symptoms include bloating, or the feeling that one is more whale than human, constipation, feeling gaseous, and of course, the mood swings.

“She’s probably PMS’ing” is a common line excusing female students, teachers, and parents for being angry. This overused phrase negates a female’s anger, attributing it only to her hormones, and also negates whatever made her angry in the first place.

The comment makes the female’s response seem like an over-reaction, and contributes to the stereotype that women are controlled by their emotions. The media often portrays women as irrational characters who act solely on their feelings and its image of a yelling, hysterical woman on her period fits right into the prepared mold.

The lack of education at school and the force of the media often lead young girls to believe that they are in the wrong and that they owe an apology to the source of their anger.

Thanks to the girls’ lack of menstrual knowledge, not only do they have to deal with an on-and-off period that is common in middle-school girls, but in addition to waking up to the Japanese flag inked onto their sheets and asking strangers for ibuprofen for what seems like a four-inch heel stuck in their uterus, girls also face an undeserved sense of guilt for feeling and expressing their emotions. This guilt leads to a sense of shame of their hormones and bodies, and as an extension, their periods.

“We bully about things we keep hidden and we’re afraid of,” Brown says. “If everybody knows, it takes away that secrecy and the power that we give it over our bodies.”

Indeed, the period is not deserving of the shame it brings women. Already, signs of the stigma are disappearing. Companies like HelloFlo and Bodyform have released ads that tell “the truth” about periods, receiving mainly positive reviews. Girls now discuss periods with each other, and menstrual product companies have begun including educational resources on their websites.

But blue liquid is still being poured onto pads, people still wince at any public mention of tampons, PMS jokes are still prevalent, and it is to educational programs like Brown and Johnson’s that we look in hopes that one day, a girl in the crowded bathroom will sit up straight, yell “I AM WOMAN,” and let her tampon wrapper rip.