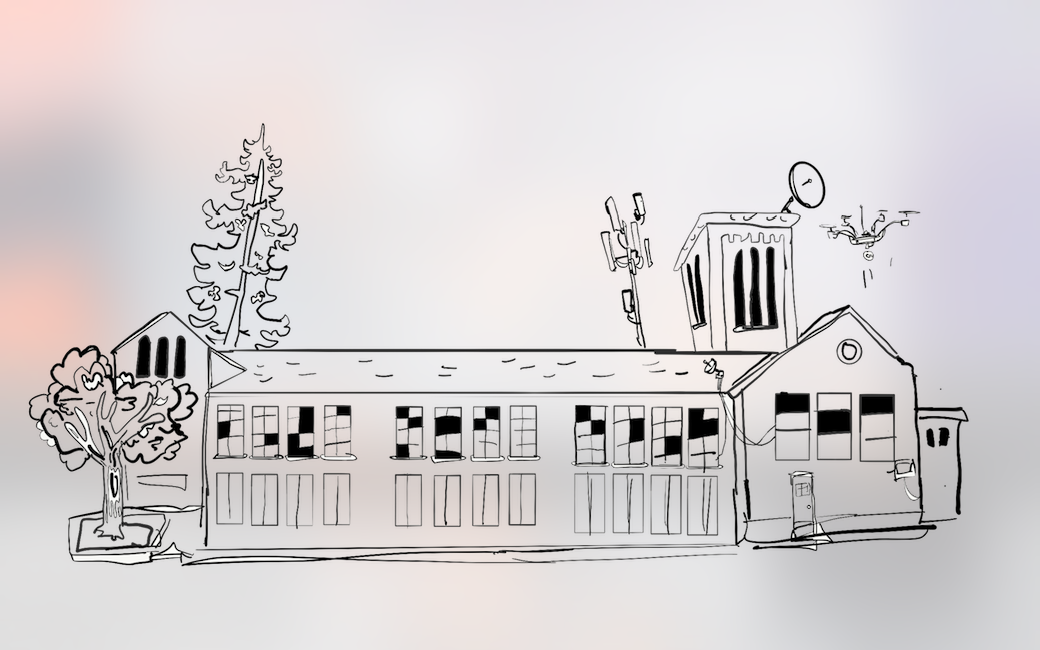 Code at a crossroad

From the 30-ton ENIAC (the world’s first all-electronic computer) to the 174-gram iPhone X, the role of computers in education, society, and even daily life has shifted almost as much as their drastic change in weight. Digital devices like smartphones and laptops are scattered across tables in place of the papers and textbooks that dominated education just a few years ago.

In January, the Pk-12 Computer Science Curriculum Design Advisory Committee voted to recommend a one semester computer science Career Technical Education elective for high schoolers to the school board. The board will most likely decide in late April  or May whether or not to approve the requirement. In this article, two staff writers present the benefits and drawbacks of a required computer science elective, with Allison Cheng on the pro side and Riya Sinha on the con.

As a kid growing up in the Silicon Valley, when people asked me what I wanted to do in college, they showed visible surprise when my response wasn’t STEM related. But this isn’t because I wasn’t exposed to computer science early enough. Living in Palo Alto, there are plenty of opportunities for anyone interested in that field to get involved. I just never took to them, and that was okay.

So when it was announced that the Computer Science Curriculum Design Advisory Committee had recommended that the Palo Alto Unified School District make the computer science elective required, it was my turn to be surprised. Not only would requiring computer science place more of an emphasis and bias on STEM than this school district already does, but it would also push aside other electives that students might be excited about exploring.

We already have a huge number of required courses, leaving only one or two class periods open per year to take courses of your choosing, and even fewer if you want a prep. Requiring computer science without taking away another requirement would leave students feeling overloaded. Assistant Principal Janice Chen, the high school administrator representative on the committee, agrees.

“It’s a lot to add on to graduation requirements that students are already having to do. Requiring students to take computer science is kind of forcing them… maybe they want to follow another path, like the arts or some other CTE class,” Chen says.

High school is a time for students to hone their interests and learn more about their likes and dislikes.

Our school already offers an abundance of science and math courses, giving an unfair advantage to students who enjoy those courses and leaving students who are more humanities-oriented with less flexibility in their schedule. In addition, enrollment in some electives, such as journalism or art, may drop, and some of our more unique classes might not be offered in the future.

While I understand that our world is becoming more digitized and the demand for computer-related jobs is on the rise, this is not a solid basis on which to require a computer science course. Many non-required courses also teach us skills that will also help us excel at our jobs. So why should computer science be any different?

While the recommendation to add the requirement has already passed through the advisory committee, the school board has yet to vote on the final decision, which will occur in late April and May, according to Chen. During this time, it is important that the school board take into account all students opinions and gather input from people with all different interests.

Requiring a course such as computer science inhibits and undermines students’ ability to choose their path and follow their passions.

These statements seemed to appear everywhere — on every STEM-related application I filled out I was sure to see them there, at the bottom of the page in small italicized font. What followed was a sinking feeling in my stomach — I knew I wouldn’t be able to compete against computer science whizzes.

Not only did I feel intimidated by others’ seemingly expansive knowledge of computer science, I also felt like it was too late for me to start learning — like I would never catch up.

Enter the possibility of a school required computer science elective, supported by  rudimentary coding instruction through elementary and middle school.

The proposed class  would serve as a foundation that provides the very basic principles of computer science.

As a result, students would learn vaulable problem solving and logic skills useful for any future profession. Nowadays, jobs are requiring more and more knowledge of technology and computers.

Living Skills and economics, which teach universally applicable concepts, are required courses in schools. Computer science should be no different.

“I’ll bet you a nickel you can’t think of a single job that you could have now that wouldn’t use computers to solve problems in some way,” says Suzanne Antink, the facilitator of the recommendation committee.

While some might argue that the proposed computer science class would cause scheduling issues and an increased workload, adjustments can easily be made to address these concerns.

For example, students may have the option to take the class over the summer, which would reduce their school-year workload. Alternatively, the class could be offered as an online course.

By implementing a one-semester required computer science elective with these modifications, there may one day be a generation that views computer science not as a challenge, but rather as an opportunity to better current technology and improve society.

After all, if the academic resources we use daily are evolving from notes stuffed in binders to Google Documents organized in the Cloud, then shouldn’t our curriculum be keeping pace with this technology-fueled change?