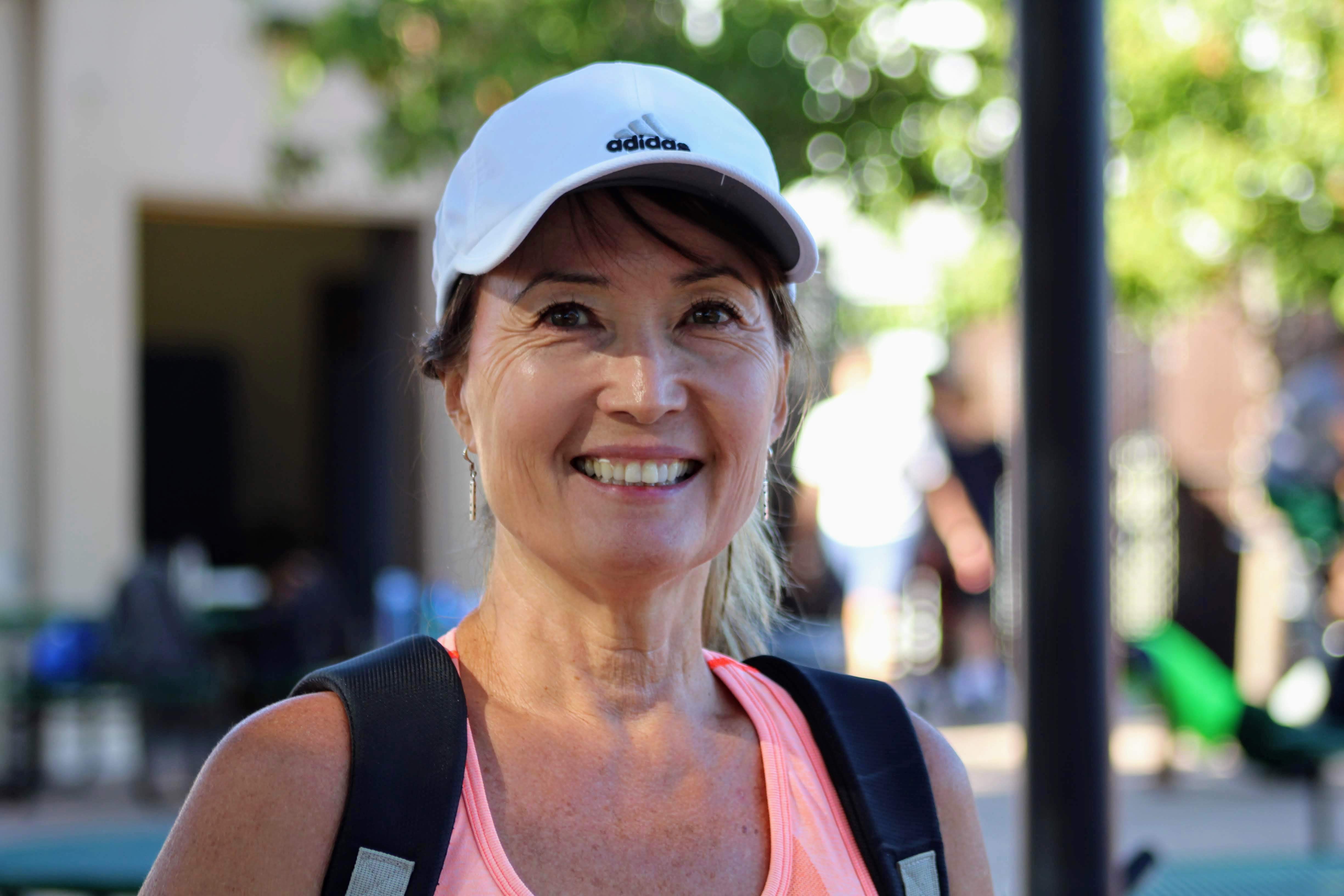 “Fight, Vikes, Fight!” As the Palo Alto High School cross country team gathers in preparation for its meet against Gunn High School, two senior boys lead cheers, standing proud in the center of the team. Chanting with spirit, the athletes participate enthusiastically. But off to the right stands a small group of girls enjoying the cheers but discussing one they came up with themselves. The only person who seems to take notice is Paly cross country coach Wendy Smith, more commonly known as Coach Wendy.

Realizing the girls are hesitant to speak up for themselves, she calls out to the team: “Hey! The girls over here want to lead one too!”

When the girls take the floor sheepishly, they proceed to chant their lyrics more quietly, without as much engagement. Smith is the most spirited of them all.

In a team of 116 boys and only 35 girls, instances like these are a common concern, not only for the gender equality of cross country functions, but also for the emotional wellbeing of female athletes. It is people like Smith who try to combat that.

A female athlete herself, Smith was a volleyball player and cheerleader during her high school years living in upstate New York, and now actively pushes herself athletically by snowboarding and participating in triathlons. Of course, however, her favorite sport above all is running.

Her invitation from former cross country coach Kelsey Feeley is what brought her to Paly.

“My time freed up, as it turned out, right as [Feeley] stopped coaching,” Smith says. “[current head coach] Coach Davidson and [former assistant coach] Coach Granville started here and I asked them if I could still take them up on the offer.”

Smith has coached volleyball, soccer and cross country before, but no matter the team, she has always noticed something was off.

“It feels like statistically girls just do less sports in general,” Smith says. “I’ve always thought that, starting back when I was at Jordan. The girls were less likely to continue, whereas the boys were already thinking about high school. There seemed to be a constant trend of 25 percent girls [on the team].”

This year, that number has sunk to 23 percent. This may be attributed to girls’ lack of access to sports in high school — according to the Women’s Sports Foundation, schools provide boys with 1.3 million more opportunities, meaning girls have a lesser chance of being on a team. Perhaps this statistic is part of why, CNN reports, girls drop out of sports at twice the rate boys do.

“Despite the small number, the girls have tremendous potential to go to states.”

The data above does not just describe inequality on a societal level — it is also relevant to Paly athletics. Title IX requires schools to provide equal opportunities for both genders, but Paly offers 4 percent fewer opportunities to girls than boys in terms of team availability, according to a student project survey conducted through Paly’s Social Justice Pathway. Often, girls are less inclined to sign up for sports in the first place due to other commitments and priorities that emerge in their high school careers.

Smith points out that there are fewer opportunities even for the female athletes who do decide to join the team.

“I notice that the boys can be louder and pretty boisterous, and the girls are more of a minority,” Smith says. “I want the girls to be equally as involved, but I just think the numbers make that kind of hard.”

Girls on the team notice these imbalances as well.

“I don’t think it’s extremely limiting, but we are split, always, from the boys,” sophomore Anna Roth says. “We’ll be doing similar workouts, but we are never together.”

Junior Kai Douglas agrees that the girls are isolated in some ways from the boys.

“Despite there being this whole one team motto, I definitely feel way more connected to the girls team … they [the boys] have definitely found more groups to run with and it’s hard for us to have running groups outside of organized practices because there are so few girls.”

With these challenges in mind, Smith has high hopes for this season, both in terms of team bonding as well as actual competition. Although it has not happened in years, she believes the girls are capable of making it to high level meets this season.

Regardless of grade or level of competition, the girls on the team agree that they would not be where they are today without Smith.

“You can just tell that she cares about the team so much,” senior Caroline Elarde says. “In every aspect of running, if you ask her a question, she’ll definitely get you an answer.”

In fact, Smith encourages the girls in every single aspect of cross country.

“I hope to promote more equality in terms of things like leading cheers or stretches where the girls don’t tend to be upfront,” Smith says

As for her wishes for the future of girls cross country, Smith believes better advertising would do the team some good. But with her open arms and smiling spirit, no one is likely to turn their backs on the sport.

“I wish more girls would come out and run cross country,” Smith says. “I don’t know what’s holding them back. We’re fun, don’t you think?”