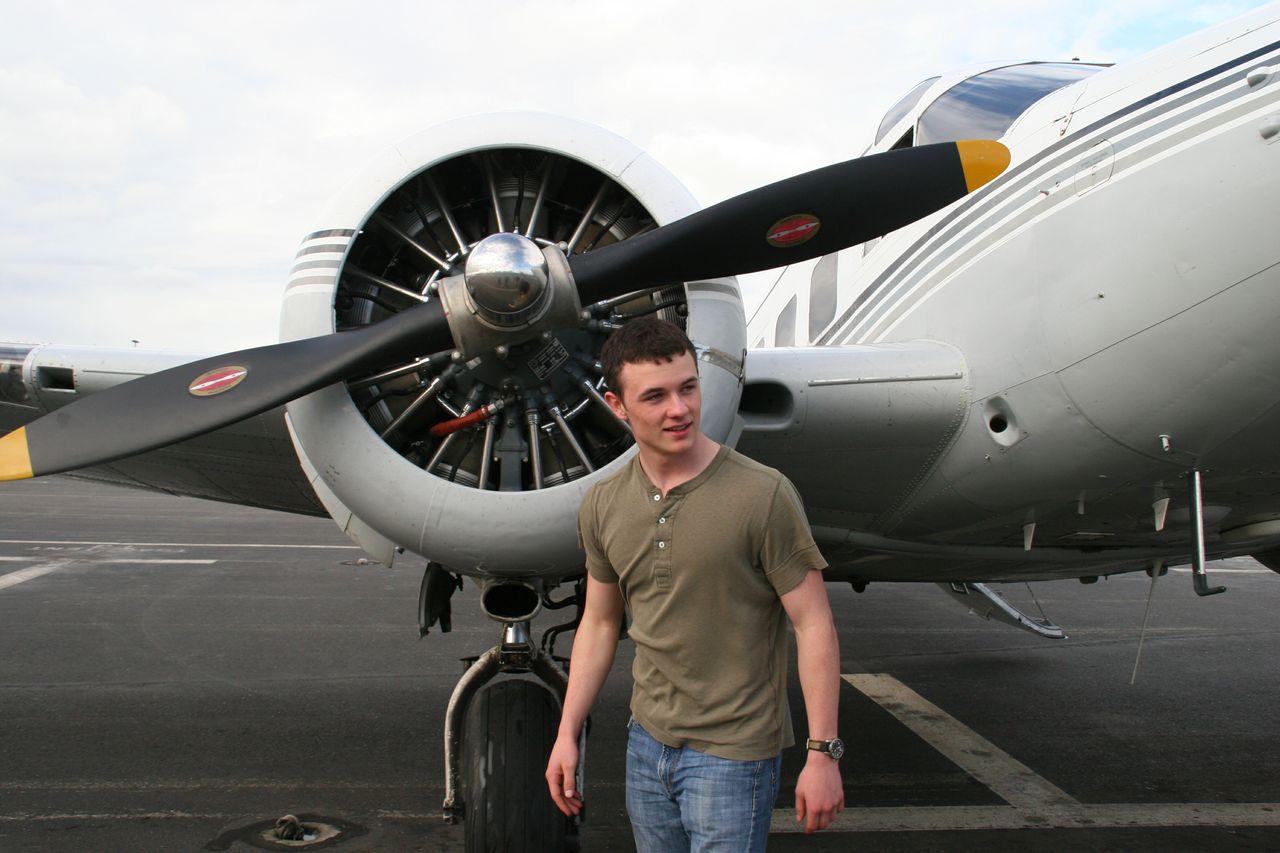 Paige Hansen places the muffs of her headphones over her ears and adjusts the microphone. To her left, orange clouds and billows of dust engulf the tinted windows as the propeller whirs in front of her. The pilot and co-pilot yell directions at one another over the anticipation of the rumbling engine.

As the wheels begin to accelerate, Palo Alto High School junior and pilot Hansen opens the small window to her left and yells “Clear!” at the top of her lungs. The plane gains momentum and the Palo Alto Baylands rush past the window until we have a birds’ eye view of the marshland. The plane is airborne.

Hansen turns around to beam at her passengers. The smallest adjustment of the yoke – the plane’s steering wheel – dips the plane up and down. Seat belts strain at our waists as the plane turns away from the bay and towards Downtown Palo Alto. After her instructor requests a photo mission and the air traffic controller accepts it, Hansen drops the plane to 1500 feet above the ground and it hovers over 50 Embarcadero Rd. before rotating and speeding up above University Avenue.

GENERATIONS  Cormac Siegfried stands in front of his family’s plane. The tradition of flying has been passed down bloodlines.

Palo Alto students Paige Hansen, Cormac Siegfried and Théo Zaharias bring popular childhood dream of flying to life. United States law does not require children to be a particular age to begin flight training, but aspiring pilots must be 16 years old to solo and 17 to obtain a pilots license.

When a person soloes, their instructor oberves them from the ground and keeps a radio handy in order to give mid-flight instructions.

This October will mark Hansen’s two-year anniversary of flying. She began as a sophomore when her father, who had been flying for nine years, encouraged her to learn.

“My dad wanted me to take lessons because he needed a co-pilot,” Hansen says.

She soloed for the first time in September of 2013.

“That’s… the biggest milestone because it shows you can handle the airplane on your own,” Hansen says.

“I pretty much grew up in this plane,” Siegfried says, gesturing to his family’s BE-18S.

“We set expectations…that you do well in school, that your honest, that your good citizens, all of those things,” Siegfried’s father, Rand Siegfried, says. “Another expectation is that you’re going to learn how to fly.”

“There wasn’t ever an option but to learn to fly, but I also never even considered not learning,” Siegfried says. 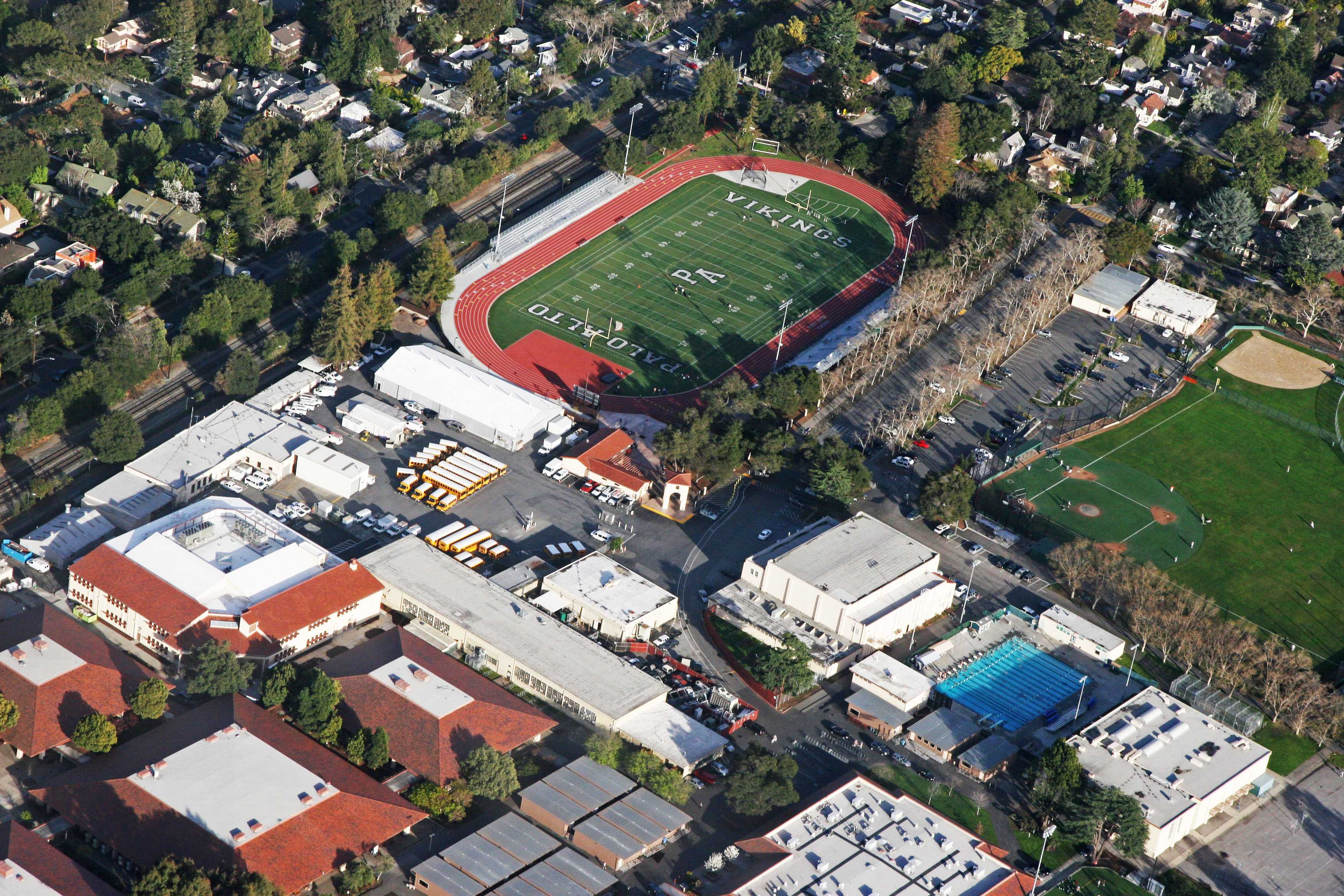 AERIAL VIEW  Paige Hansen flies over Palo Alto High School, top left. 1500 ft is the lowest a plane can fly over a city.

Paly junior Zaharias began flying last year, when his father decided to learn. He and his father dad took an introductory flight together.

“I was actually more interested than he was, so I started taking lessons,” Zaharias says.

Zaharias takes one to two lessons a week and studies outside of lessons from two to four hours a week. He is about halfway through the process of getting his pilot’s license.

“Just being able to go up there and see things from a new perspective… it’s just kind of liberating,” Zaharias says.

For Zaharias, flying provides a broader lens through which to view the world.

“My favorite flying is over the remote valleys and rural areas because there’s so many things to see that people in Palo Alto would never get to see otherwise,” Zaharias says. “It’s eye opening.”

In his many years of flying, Siegfried has flown over 200 hours, including a nine hour trip with a single pit stop.

“My favorite type [of airport] has no tower; [it’s] a sort of grass airport,” Seigfried says.

“You have nowhere to go,” Siegfried says.  “You’re just flying cause you’re having so much fun.” 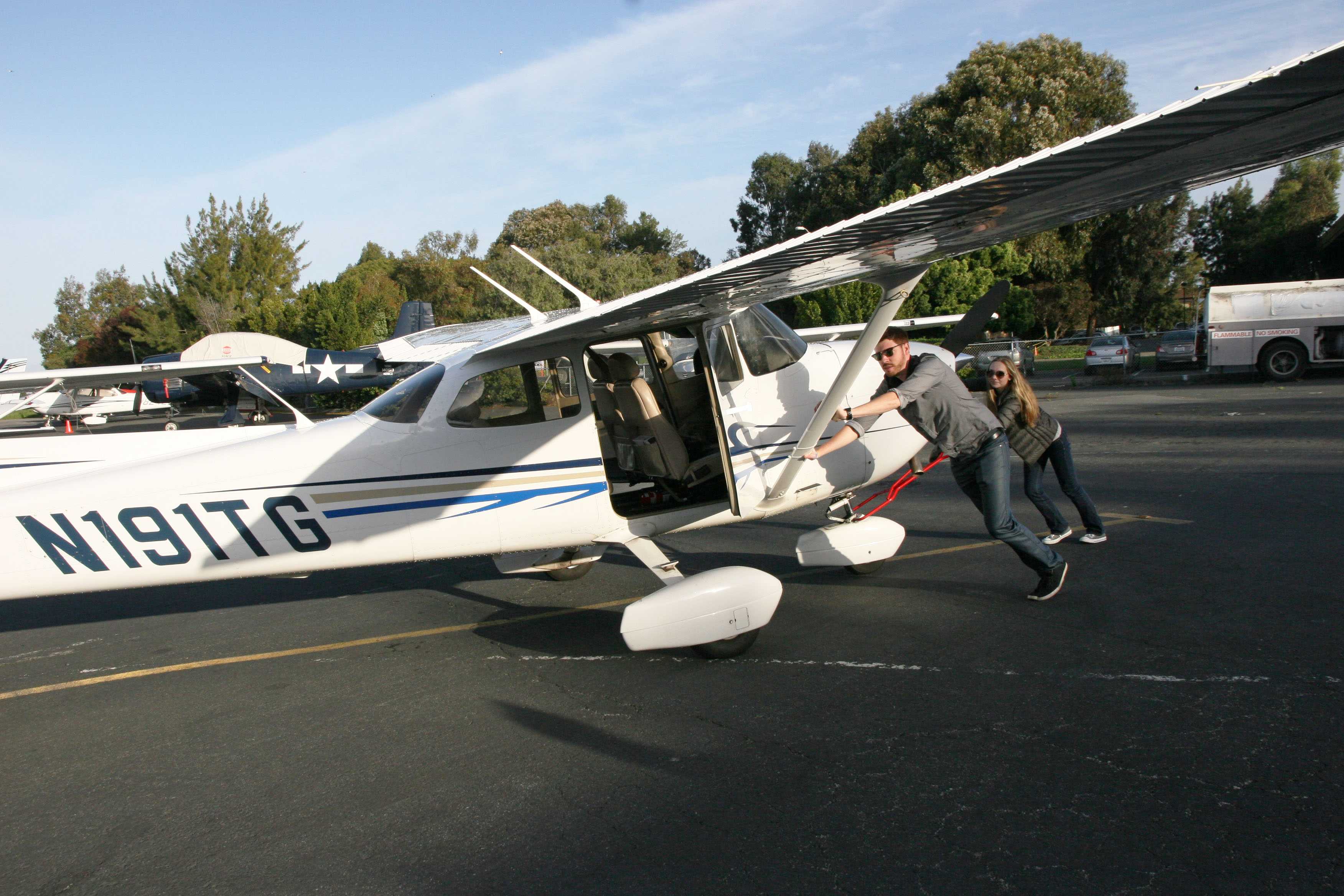 PUSH  Paige Hansen and her instructor, Will McAdams, previous page, push the plane in preparation for her flying lesson. They have flown together since October 2012.

At the moment, Zaharias sees flying as a possible future career.

“Maybe I could become a pilot for commercial flights,” he says. “Or maybe go join the military or the air force.”

Siegfried, on the other hand, views flying as a life-long hobby.

“I think I’ll always fly,” Siegfried says. “I always want to have a place to go fly.”

Hansen looks forward the freedom flying will give her, “I can go on day trips to different places”

1500 feet above the Earth, the blue sky seems to stretch on forever, but eventually we must plant our feet back on the ground. Hansen adjusts the yoke and the nose ducks. Ears popping, we feel the seat belts tighten across each of our waists as we descend towards the flat black asphalt of the airport.