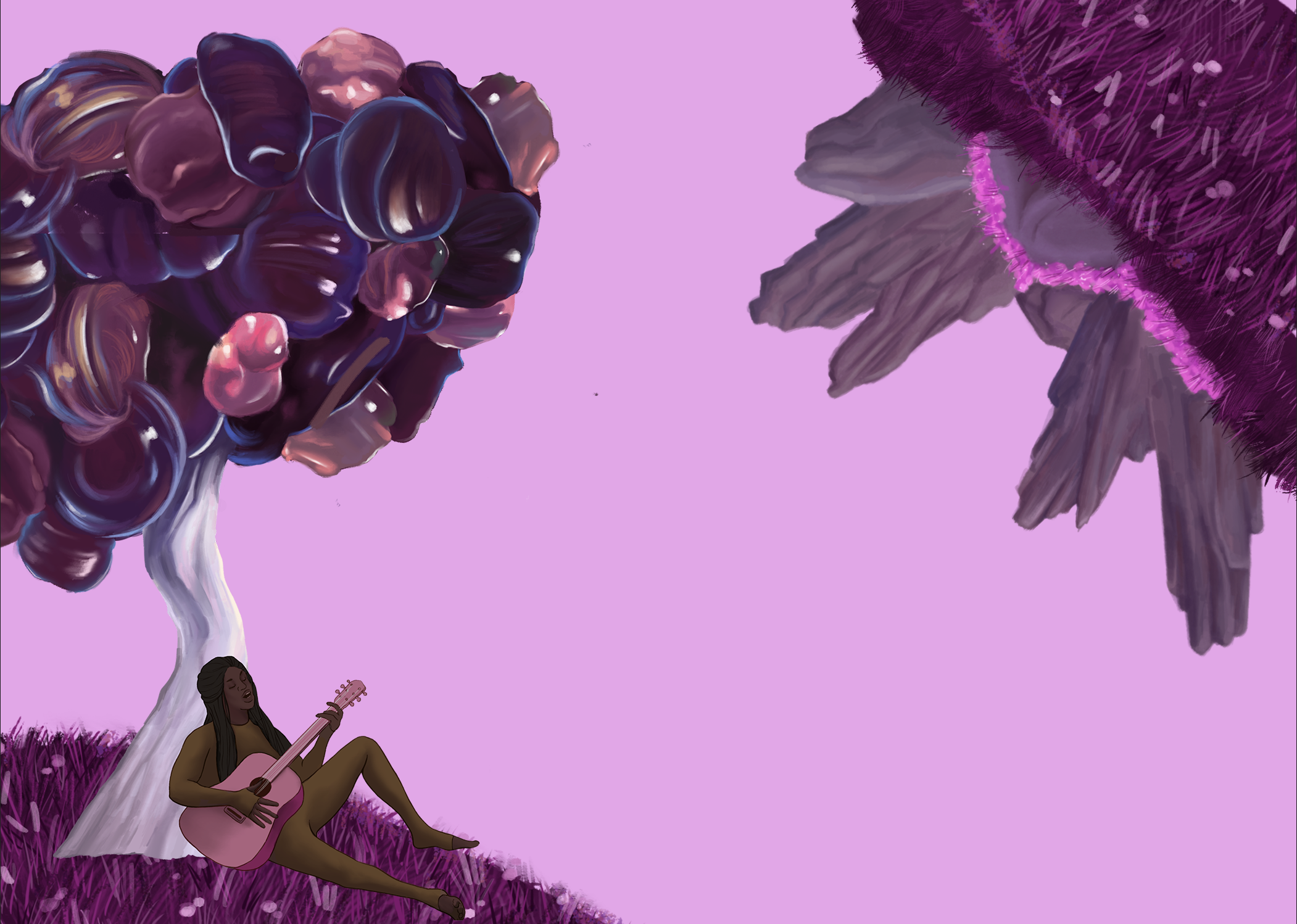 “In life, we hide the parts of ourselves we don’t want the world to see. We lock them away. We tell them no. We banish them. But here, we don’t.”

These are the words that preface singer-songwriter Lil Nas X’s newest music video “MONTERO (Call Me By Your Name),” which was released on March 26. In the video, his voice resonates through his depiction of an iridescent pink Garden of Eden as he lounges under a tree and strums a guitar. As the video progresses, numerous scenes brimming with Christian imagery follow Lil Nas X as he descends into the pits of Hell, concluding with the singer engaging in sexual activities with a character representing Satan.

According to Lil Nas X, the video expresses his past experiences with alienation and damnation by Christianity because of his sexuality as a gay man — the words that open the video are representative of Lil Nas X’s struggle with hiding his true identity, and his subsequent self-separation from the Christian faith.

The video has reignited an age-old debate between members of the LGBTQ+ community and Christians who believe that the video mocks their religion.

Where is the line drawn between remaining respectful towards Christianity and upholding freedom of expression for LGBTQ+ community members? Opinions vary among experts on the history of religion, Palo Alto High School students and other members of the Palo Alto community.

Paly sophomore Sam, whose name has been changed to protect his anonymity, appreciates how Lil Nas X overcame the obstacles of his past and empowered his fanbase.

“I really enjoyed the story and the use of symbolism in the video,” Sam says. “When I finished watching it, I felt a sense of empowerment, seeing this person who had gone through a lot of hardships be able to own his situation.”

Although Sam is able to appreciate the way Lil Nas X portrayed his struggle with religious groups, he still believes that compromise is the best solution.

“I think rebelling and disrespecting a religion are different things,” Sam says. “I don’t think disrespecting people will get us as a community anywhere. Many homophobic and transphobic arguments are from people who are miseducated and unwilling to listen, so being disrespectful won’t help those people open up and start listening.”

“Manipulation of any religious doctrine for the sake of self-justification or the justification of hate is arguably very anti-religious.”

In addition to sparking conversation, Lil Nas X’s video has provoked debate on the limits of artistic expression and where the boundaries should be set in respecting other groups. Identifying as transgender and queer, Sam is grateful that Lil Nas X has a platform to speak up and empower others who share similar experiences.

“The lack of representation of LGBTQ+ people, especially queer people of color, is appalling,” Sam says. “Throughout history, Christianity hasn’t been challenged that much. The irony is that LGBTQ+ people have always had their rights up for debate.”

Sophomore Evie Barclay has gained an appreciation for the music video as a Protestant Christian, while also questioning the way modern-day culture has influenced the final product.

“Something I think about a lot is the pursuit of Christ versus the pursuit of culture,” Barclay says. “And when I watched this music video, I was very aware of how culturally influenced it was.”

Barclay believes that those who use Christianity as a means to be bigoted or homophobic, as Lil Nas X has experienced, are really just using religious doctrine to project their own hatred.

“Any manipulation of any religious doctrine for the sake of self-justification or the justification of hate is arguably very anti-religious,” Barclay says. “Christianity is not about bringing down other people, it’s about following Christ and lifting up others.”

“Christianity and religion, in general, can be used to bring people together, and some people use it as a way to hate, but it should be a good thing and not something that we fear,” Vostrejs says. “We should definitely recognize that some people in all religions use their religion as a way to solidify their own hate.”

As a member of the LGBTQ+ community, Vostrejs says she can appreciate and sympathize with how Lil Nas X empowers himself in his music video, especially through the imagery of him willingly going to Hell.

“We’re often told, ‘You’re going to Hell because you’re a sinner,’ and instead of letting them [some religious people] strike fear into us, people are starting to use it [the idea of going to Hell] almost as a joke,” Vostrejs says. “That threat isn’t a threat. … I think that’s part of what Lil Nas X did.”

Despite the divides that have existed between organized religion and the LGBTQ+ community, some religious leaders are taking steps to repair the relationship and welcome diverse practitioners to take part in faith traditions.

The Rev. John Riley, spiritual director of Unity Palo Alto, an inclusive spiritual center that welcomes members of all religions, says that Unity is taking conscious steps to be inclusive and help heal the divide between religious groups and the LGBTQ+ community.

“We’re shifting into a kind of a radical change, and then we’ll reach a new kind of balance.”

“Everyone has sacred worth, and if we can look at each other from a spiritual perspective, we would be more inclusive, accepting and honor each other, including our sexual orientation and gender identification,” Riley says. “The way we move forward to try and support bridging that gap is by publicly supporting different activities or organizations that support the LGBTQ+ community.”

Stanford University professor and historian Laura Stokes is hopeful about the future of acceptance in religious communities and believes that the world is on the brink of huge growth towards acceptance.

“I actually do feel optimistic, and part of my optimism is about the fact that I’m a historian,” Stokes says. “As a historian, I think a lot about the shape of history. And I think that my period of history and our period of history are on the two ends of the tight part of that curve. We’re shifting into a kind of a radical change, and then we’ll reach a new kind of balance.”

Riley feels a similar sense of hope and believes that the differences between communities can be reconciled.

“Coming from a religious background that’s on the forefront of accepting people, I have great hope and faith that we’ll be able to continue to move in that [positive] direction,” Riley says. “There’s a lot of anger that’s being expressed right now in the world. And what I see is when that anger comes bubbling up, it gives us an opportunity to have a dialogue about it. It’s important for us to bring it [discussion] to the forefront, coming from a space of love, so that we can bring anger out to be healed and so that we can move forward.”