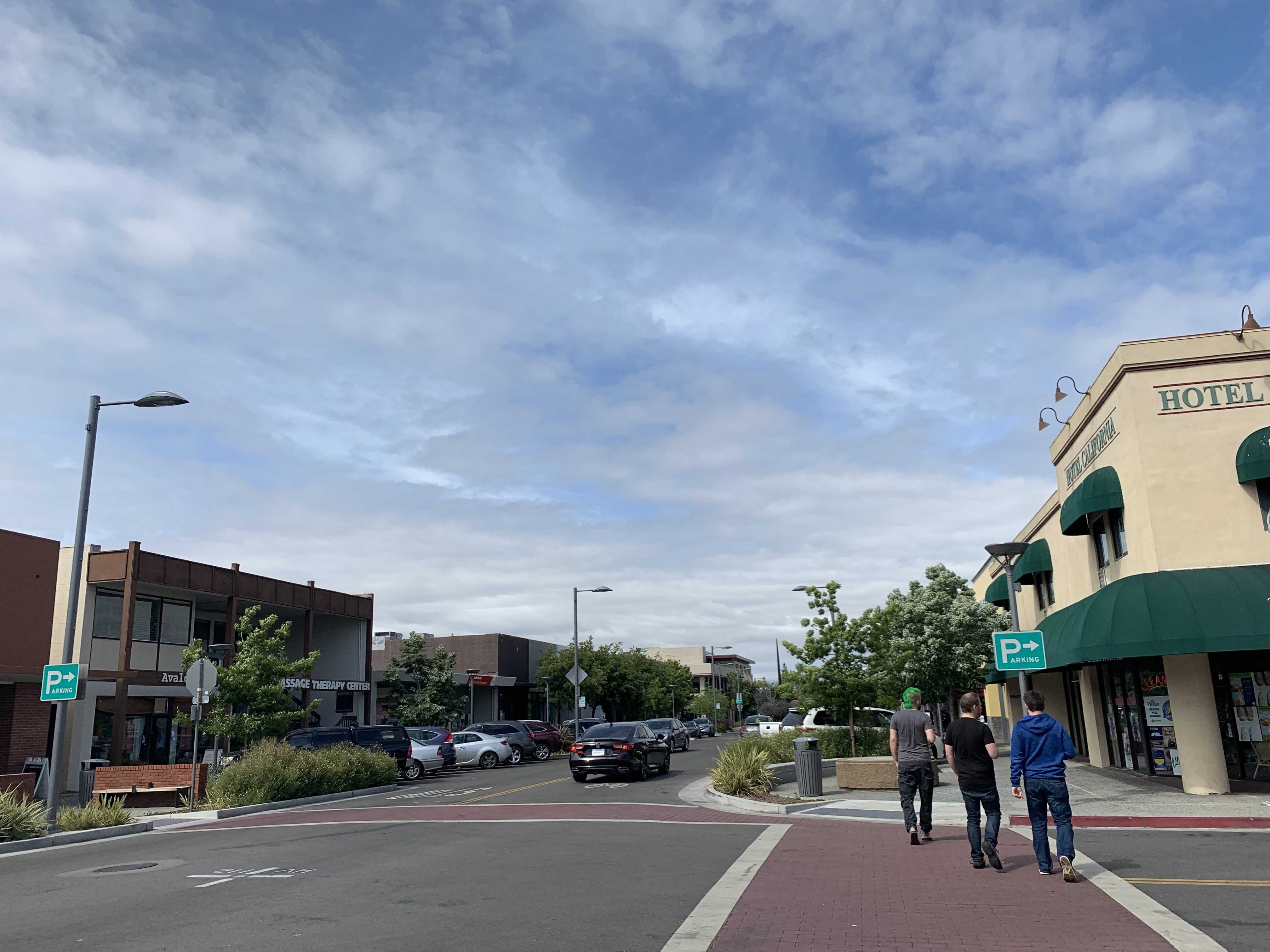 California Avenue: Past and present: Residents reflect on street and community changes

Soft music flows out from street corners as excited high schoolers flood California Avenue. Some file into Kirk’s Burgers to get the signature shake and burger, some into music shops to take lessons and others just take a stroll down the eclectic street. According to Jon Kinyon, this scene was not uncommon in his adolescent days in  the 1980s.

Kinyon comes from a family that has resided for multiple generations in Palo Alto. For him, the street represents a significant part of his childhood, as it was a  popular meeting place for him and his friends in high school.

Georgia Luehrs, a junior at Palo Alto High School who lives within walking distance of California Ave says she has always appreciated living near such a lively street. As a child, she frequented the farmers’ market every weekend with her family, buying local vegetables and snacks. She still greatly enjoys the diverse eating and shopping that California Ave offers.

“I think it’s different from downtown in the way that it’s smaller and has more individual businesses,” she says.

A chronicle of California Avenue

California Ave  did not begin as a part of the city itself. Rather, it existed as the heart of the town of Mayfield until the town was established as a part of Palo Alto in 1925.

Once a bustling hub of breweries, saloons and banks, today’s California Ave mainly consists of restaurants. Rory Lynagh-Shannon who works at Summit Bicycles, a family-owned sporting goods shop on California Ave, says he often serves older customers who reminisce about the tight-knit community that California Ave once had.

“I’ve spoken to a lot of residents who remember orchards, the old movie theater, the pharmacy and even an empty lot where you could go to get your bicycles fixed long ago … I’m glad that the street still evokes those [familiar] memories for Palo Alto’s long-time citizens,” Lynagh-Shannon says. 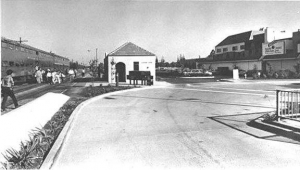 In the 1980s, California Avenue was a popular place to visit for many local residents. From a street of saloons to a block of unique restaurants and diverse events, California Avenue may look different now, but it still shares the same character. Photo courtesy of Palo Alto Historical Association

Kinyon agrees that California Ave was a unique place for citizens to create deep relationships with other Palo Altans.

“We knew the store owners. There was Monet’s Pet Shop, [where] everyone brought their pets there and everyone knew Mr. Monet … We’re friendly with a lot of the people at Terun and Italico [now], but it used to be a safe place for us to be out and about as kids,” Kinyon says. For Kinyon, as time has passed, he has lost this connection with many of the store owners on California Ave.

California Ave’s saloons and shops characterized the street as an inclusive and inviting area for all and a central meeting point, that made Palo Alto more homey. With diverse restaurants and a wide variety of stores, California Ave remains a unique part of Palo Alto culture.

Today’s California Ave may not look the same, but the block still shares much of the unique character as it did years ago. Reminiscent of the past, California Ave still hosts the weekly Palo Alto farmers’ market on Sunday mornings and houses many diverse restaurants. Local “mom & pop” stores, howe 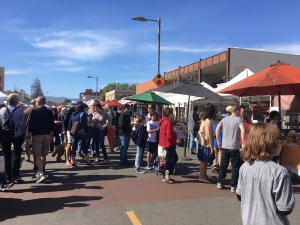 ver, have been overtaken by chain restaurants, giving it more of a University Avenue feel, according to Kinyon.

“It [Palo Alto] is a wealthier place, it’s much more segregated socioeconomically … they redid all of Cal Ave, they put pieces of glass on the sidewalk and took out trees,” Kinyon says.

Lisa Lowy, who graduated from Paly in 1988, has also seen a shift in California Avenue. But as she grew older, Lowy noticed the several changes happening to California Ave.

“It’s definitely different… They changed the types of stores that were there,” she says.

Though the differences can be seen clearly in the changes of California Ave Lowy says that such changes can be seen all over Palo Alto, not just on one of its main streets. To her, change has resulted in less of a homey feel.

“Everything has to be fancy,” she says. “What’s not great about it [is] you’re losing a lot of that neighborhood feel.”

Though the changes in design and different storefronts have resulted in less of a “small town” feel, Lowy and Luehrs still appreciate and cherish their hometown.

“I still love being here,” Lowy says. “I’m just said that it’s changed as much as it has.”