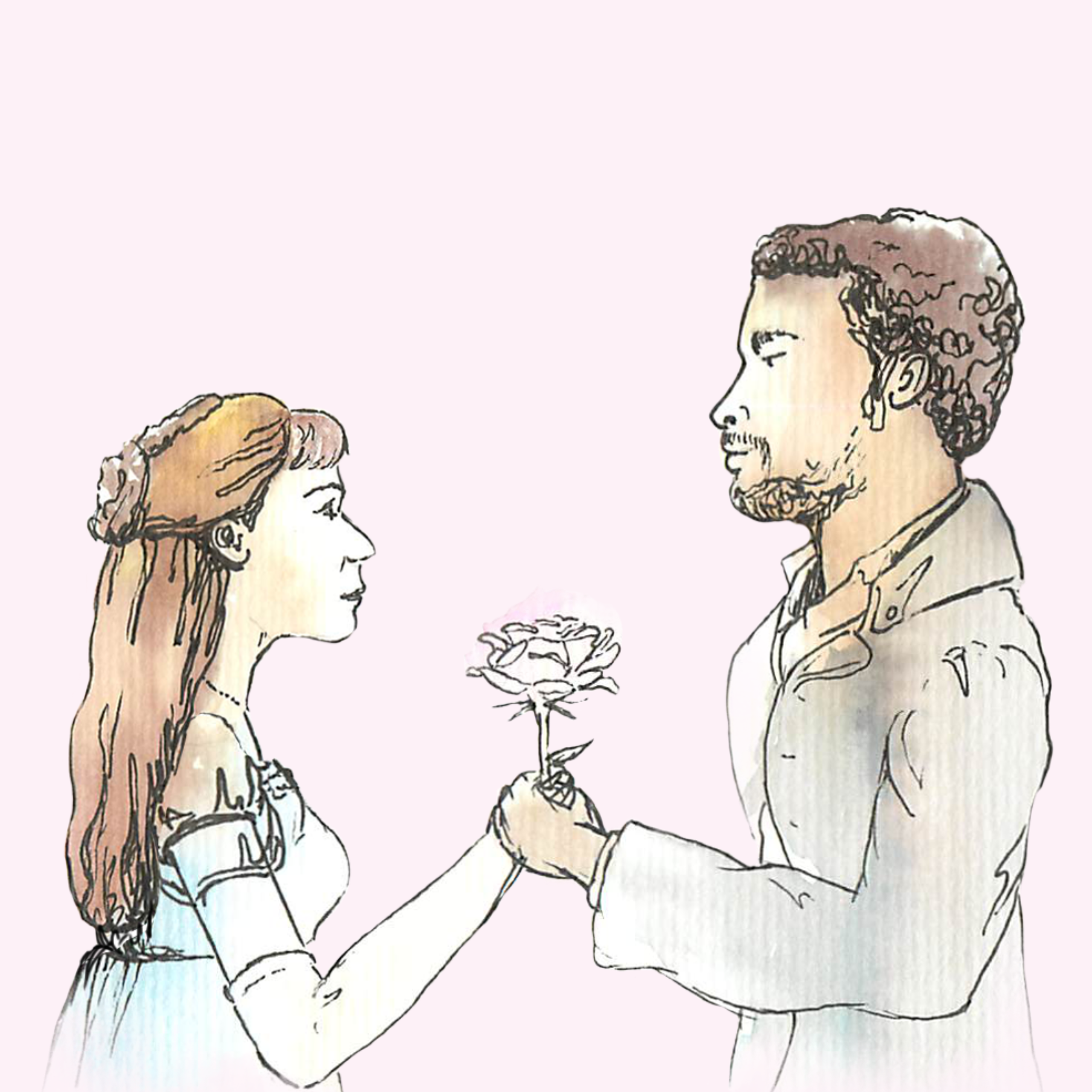 “Miss Daphne Bridgerton, presented by her mother, the Right Honorable, the Dowager Viscountess Bridgerton,” is confidently announced into the eerily silent room. Large wooden double doors embellished in gold and white promptly open, revealing a woman clad in an elegant dress with an elaborate feather plume atop her head. She slowly walks down the aisle towards the queen, painfully aware of all eyes in the room on her. One misstep could end it all.

This is the opening scene of Netflix’s newest hit series, “Bridgerton,” created by Chris Van Dusen and executively produced by Shonda Rhimes. Set in 1813 London, the period drama has captivated people around the world with its unique storyline, beautiful costumes and modern music. Reaching 83 million household streams in its first 28 days, “Bridgerton” has had the most successful debut in Netflix’s history.

Based on the best-selling novels written by Julia Quinn, the show follows the life of the Bridgerton family, focusing on the oldest daughter, Daphne Bridgerton (Phoebe Dynevor), as she embarks on a quest to find a husband and earn Queen Charlotte’s (Golda Rosheuvel) approval. Daphne and the mysterious Duke of Hastings, Simon Basset (Regé-Jean Page), strike a deal to fake a relationship in order to alleviate some of their stresses.

The never-ending gossip and secrets within the Bridgerton family — as well as the entire high society — keeps viewers in suspense wondering what fate each character will meet.

A twist on old fashions

Recently, many aspects of “old” fashion have come back into style — from corset tops to patterned tights. The New York Times partially attributes these spikes in popularity to hit shows like “Bridgerton” and other period dramas that showcase a variety of interesting fashions.

The diverse cast sets “Bridgerton” apart from other period dramas. The show includes many people of color in positions of power and lower class alike.

In the show, Queen Charlotte of England is a woman of mixed race married to a white king –– a minor detail that sets the scene of a world where one’s skin color does not determine societal rank. Along with the Queen of England, the lead male actor in the show is a Black man who courts the white female lead.

“Creating positive change to be more inclusive is most important.”

Critics of this surge in diversity claim that having people of color in period dramas is historically inaccurate — yet many viewers of the show appreciate the choice.

While “Bridgerton” has a more racially diverse cast compared to other classic period dramas, the characters are still overwhelmingly white. Additionally, some critics have pointed out that the darker-skinned actors generally represent villains, lower class characters or are alone with no love prospects. For example, one of the darker-skinned characters, Lady Danbury (Adjoa Andoh), is never seen with a partner or prospective suitor, while Marina Thompson (Ruby Barker), who is considerably lighter in skin tone, has a slew of men pining after her.

“I think overall it was good to include more diverse actors in the show, but they should’ve been more conscious to incorporate all races and skin tones into powerful positions,” Thomsen said.

If you are looking for a show that is exciting, riveting and passionate, “Bridgerton” is a must-watch. The historical aspects of the series accompanied by the subtle modern touches and daring characters make it all worthwhile. Whether you are intrigued by Daphne’s ever-changing outfits or mesmerized by Simon’s mysterious demeanor, “Bridgerton” is for you.

“Bridgerton” is available for streaming on Netflix.