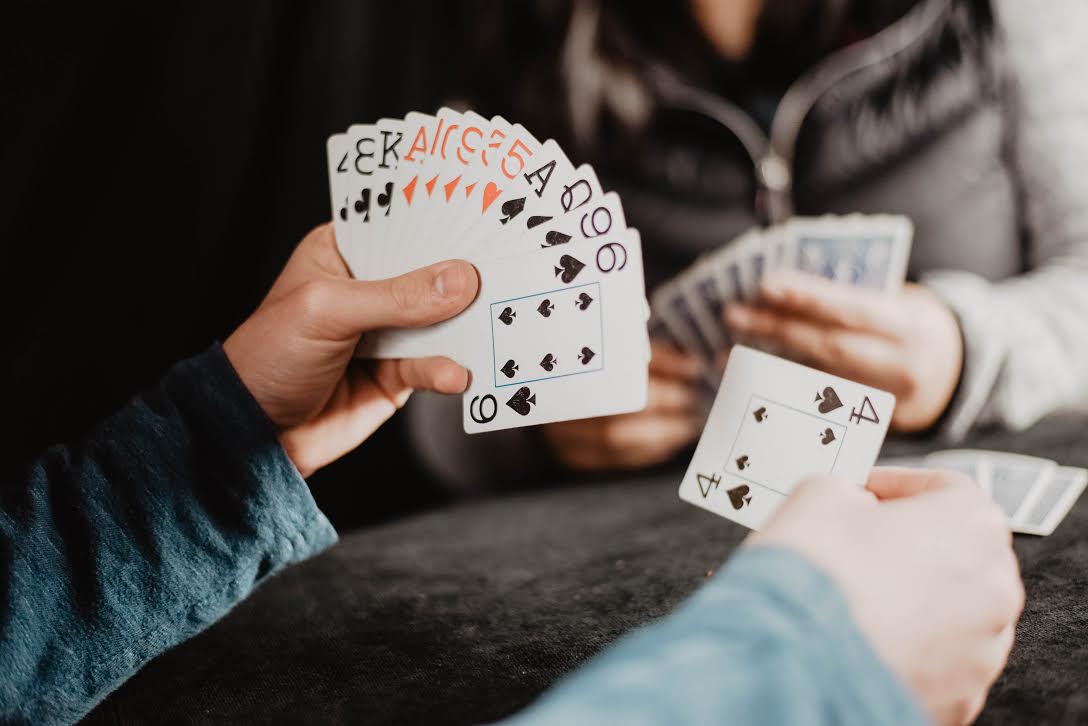 His brow furrows as he examines the cards in his hands, splayed out in a perfect fan. Taking his time, Palo Alto High School senior Cornelius Duffie slowly pulls out the queen of hearts and gently places it on the table in front of him. His partner, senior Stella Wan, sits across from him, following his every move; she slowly relaxes after seeing that they’ve played their cards right.

To many students, bridge is seen as an “old person’s game,” played only by retirees and grandparents. However, to Duffie and Wan, the card game is a mentally challenging endeavor filled with meticulous counting and the pressure to strive for perfection.

“You’re in the zone and you’re always solving problems,” Duffie says. “It’s sort of like a game of mistakes. It’s stressful because you’re just trying not to do bad things.”

Duffie and Wan, members of Paly’s Bridge Club and the National Bridge Association, travel the nation playing competitive bridge. The duo have traveled as far as Vancouver, and plan to play in China this year. Both are on the U.S. national team. 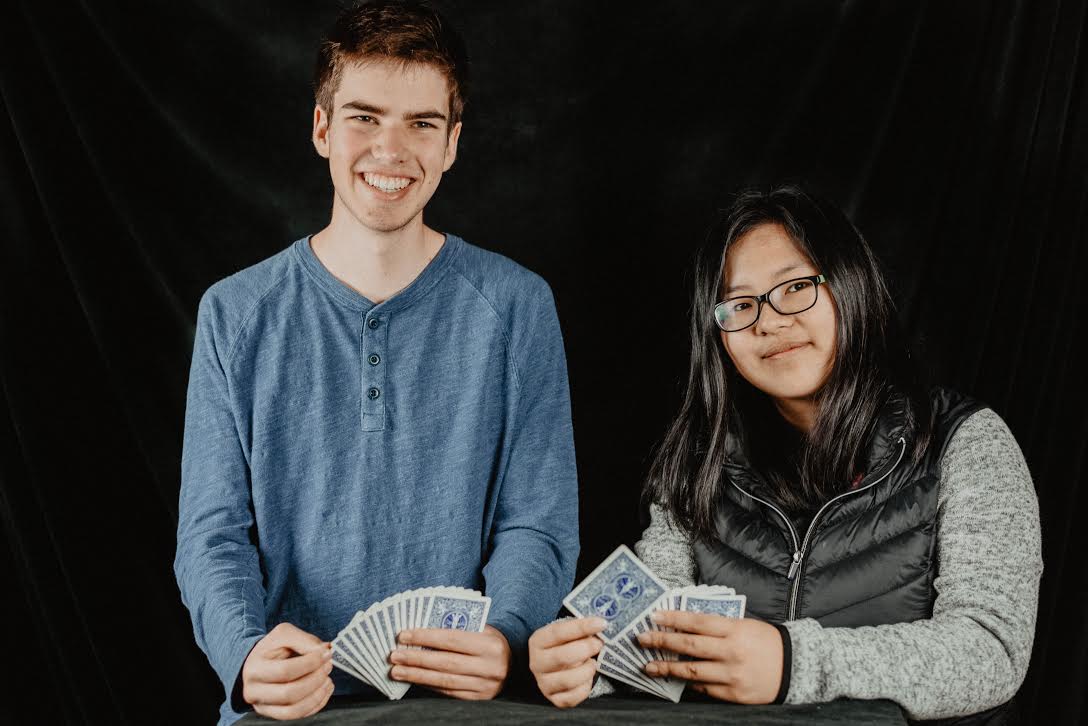 Achieving anything close to mastery has been no simple task. Wan and Duffie each dedicate countless hours of training to  maintain their current skill level.

“We play four to five times a week,” Wan says. “When there’s a tournament, we play Friday night and both weekend days as well.”

Assessing mistakes and working with your partner are also crucial factors to success.

“We video chat and talk about the   mistakes and what we can do better next time,” Wan says.

Tournaments, the culmination of their hard practice, are especially trying for the pair. Hands are played consecutively, with little break. Teams rotate around the room after each hand.

“For Nationals, it’s usually from 1 p.m. to 2 a.m.,” Duffie says. “You are super exhausted mentally after concentrating for that long.”

Players stay in their hotels the whole time, and are constantly focused on bridge.

“You don’t get to do any sightseeing,” Wan says. “I’m literally in the hotel the whole time.”

After day-long events, bridge players often socialize back at the hotels about bridge; in essence, bridge is their mutual language.

“When you’re done with bridge, you hang out with other bridge players and talk about bridge,” Duffie says.

Despite the long tournaments, Duffie does not regret the commitment.

“Even if you don’t do well, it’s sort of like when you run a lot, and you are tired but happy,” Duffie says.

With the large time commitment, even Wan’s own mother questions the value of the game. Wan’s bridge-playing days were temporarily put on hold last semester when her mother grounded her.

“She [my mom] didn’t let me play bridge for six months for college apps,” Wan says. “She prefers that I don’t play at tournaments so much.”

From here, their future is unclear. Both players have learned all the intricate details of the game, and are looking to take their game to the next level.

“It’s hard to improve because there’s not a linear way to learn bridge,” Duffie says. “You have to figure out what you don’t know, and then learn it.”

However, both Duffie and Wan’s success has provided encouragement.

“It feels good to know that I have improved a lot,” Duffie says. “It’s nice to get validation that you are not actual garbage at bridge.”