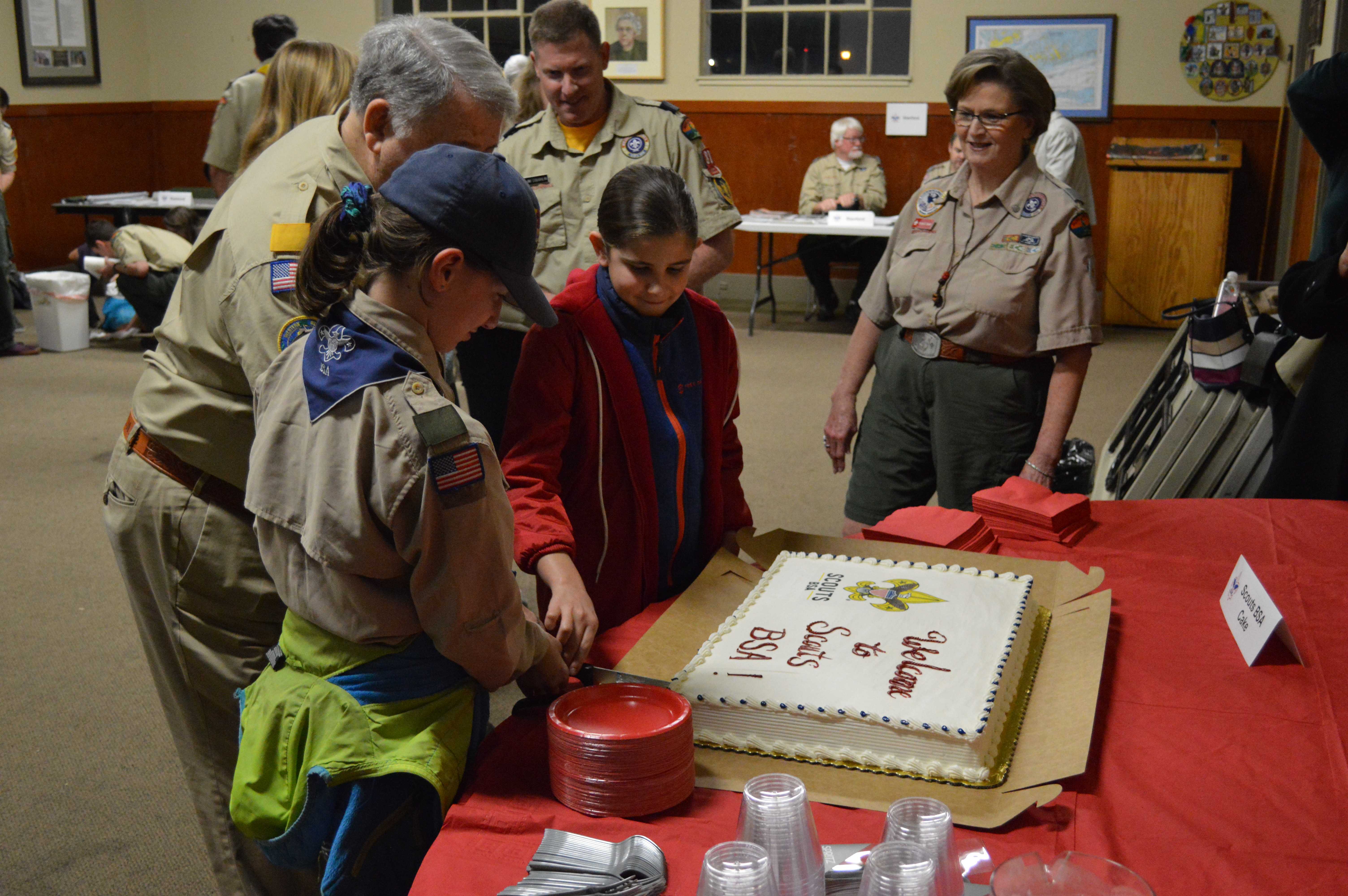 (Boy) Scouts of America: Expanding opportunity or cornering a market?

From the outside, it was a quiet evening at Covenant Presbyterian Church on East Meadow Road. But inside a bright common room, Boy Scouts — some barely out of elementary school, some nearing graduation from high school — laughed and learned as they rotated through stations on government, wildlife and more.

This noisy, late January occasion was the meeting of BSA Palo Alto Troop 14, a branch of the Boy Scouts of America in the Stanford district. This group, like all Boy Scout troops, is made up exclusively of boys and young men. But now, this troop will be joined by thousands of other nearly identical troops comprised only of girls.

Last May, the BSA organization — an umbrella for many scouting programs, some of which are co-ed — announced that its largest institution, the Boy Scouts, would be renamed Scouts BSA and accept all-girl troops for the first time in its 109-year history.

In response, the Girl Scouts of the USA sued the BSA for damaging the Girl Scouts brand. But the backdrop of this debate is the steady decline of both storied organizations.

In 2003, there were 3.2 million boys in BSA’s traditional scouting programs and 2.9 million girls in the Girl Scouts. Those numbers have since dwindled to 2.2 million boys and 1.8 million girls, respectively, according to the BSA’s annual report and NBC New York.

Some, such as Shoshanah Cohen, troop leader of Girl Scout Troop 62868, say this policy change is “a way to get more kids doing BSA in general.”

If the move is primarily intended to boost enrollment numbers, it appears to be working. The Pacific Skyline Council — which covers Boy Scout Troops in the South Bay — has around 200 troops. That will balloon to about 220 once the new all-girl troops are added, a shot in the arm that would reverse a few years’ decline.

Ever since early February, the BSA has been accepting the first charters for all-girl troops, and the members of the BSA and the Girl Scouts are facing the effects of this change. 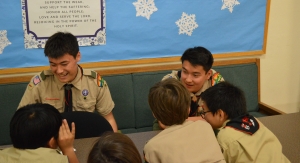 REAL TROOPERS Paly sophomore Robbie Marlow (left) and junior Lucas Finot (right), long time scouts, lead a station teaching younger scouts about civic engagement. This group, a part of Scout Troop 4014, will soon be joined by an all-girl sister troop with which they’ll work closely. “When you’re just joining Boy Scouts … it’s a little bit helpful to have people like you to bond with, but I don’t think [including girls] will change that that much,” says Senior Patrol Leader Ayaan Furtado-Tiwari.

Girls and boys, toddlers and elder scoutmasters and everyone in between donned scout uniforms to welcome girls into the scout program for the first time. It was a festive atmosphere on Feb. 1 as leaders, scouts and parents from the Pacific Skyline Council chatted excitedly over cake and punch.

One of those leaders is Nan Boden, a BSA scoutmaster, who feels that this change was a long time coming.

“In our troop in Southern California, we always had girls participate. We had what we called a little sister’s patrol — they always went with us camping, they always wanted to be a part of the activities and we always welcomed them,” Boden says. “But when it came time for the recognition of their achievements, it just wasn’t available to them.”

Boden also says that she’s grateful that young girls will have the same life-changing opportunities that she says were given to her sons.

“My eldest son has special needs and I started scouting with him when he was in first grade, and [BSA] just made all the difference in his development,” Boden says. “It was just as impactful on all the other boys as well, so we’ve been a scouting family ever since.”

Doubt with the Girl Scouts?

Many girls are enthusiastic about this new development, for they will have the opportunity to do activities they would rarely do in Girl Scouts.

Troop 60764 Girl Scout and Palo Alto High School sophomore Andie Tetzlaff says that this change will promote a sense of inclusion between girls and boys.

“There are more adventures with Boy Scouts,” Tetzlaff says. “I’d rather go on more camping trips and long hikes instead of meeting once a month and cooking food and occasionally volunteering.”

Tetzlaff  is right in that BSA Scouts do engage in a lot of outdoor trips. Junior and Boy Scout Lucas Finot explains that his BSA Troop goes on one major excursion a month, with outings ranging from hiking in New Mexico to spelunking in California.

“I hear about Girl Scouts only doing crafts, not outdoor activities, which is quite untrue.”

Cohen disagrees. “I hear about Girl Scouts only doing crafts, not outdoor activities, which is quite untrue,” she says.

Cohen also says she sees a double standard in the media coverage and public perception of the two organizations.

“I hear a lot about … ‘At last, there will be a way for girls to become an Eagle scout,’” Cohen says. “For some reason they seemed focused on that, and not the [analogous] Gold Award.”

Tetzlaff also says that she finds value in being in an all-girl organization.

“I feel like boys and girls won’t have the same bond with each other,” Tetzlaff says. “There are always some things that they can’t discuss, which doesn’t enhance their relationship like girls with [other] girls can do.”

Despite some Girl Scouts’ reservations, Boden remains grateful for the policy shift.

“This milestone really represents opening the opportunity to all the youth of America without regard to gender,” she says. “And I think that’s very much timely to do.”