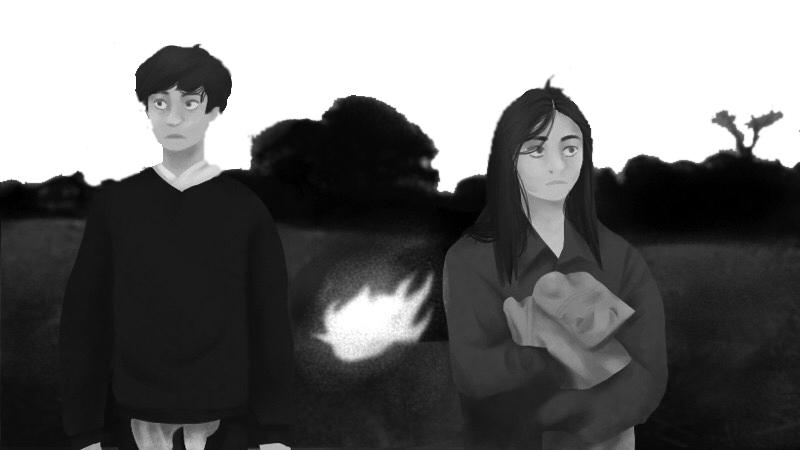 “So, do something,” replies Alyssa, one of two abrasive young leads of “End of the F***ing World,” a Netflix series that first aired on Channel 4, a British television channel in October 2017.

“End of the F***ing World” follows the strange love story of James, a teenage boy who believes he’s a psychopath, and Alyssa, an aggressive girl who insults almost everyone she meets. The two upend their uneventful lives to go on the run.

The series is a bold attempt at a new twist on classic television formulas, which is interesting, even if it sometimes falls short in its delivery. The shock value can grow stale, but it could certainly provide inspiration for a similar show, and could warrant a watch just because of its bold ingenuity. It often misses the mark, especially in earlier episodes, but when it delivers on its more ambitious attempts, it wows the viewer.

The season is relatively short, comprised of only eight episodes, which are only around 20 minutes each. The quick, clean editing makes the time seem to pass even faster. The film editing was headed by Mike Jones, who brings the same type of seamless flow that he brought to several episodes of the “Doctor Who” series.

The music direction is also fantastic, and creates a charmingly retro feel. Graham Coxon created the music, the same person who worked on the excellent soundtrack for the 2017 heist movie “Baby Driver.” The music adapts well to set the different moods of “The End of the F***cking World.”

The cinematography stands up to the same high technical standards that the music and editing do.  The cinematographer, Justin Brown, hasn’t worked on many hits in the past, but this could serve to be his break-out work.

“The cinematography stands up to the same high technical standards that the music and editing do. The cinematographer, Justin Brown, hasn’t worked on many hits in the past, but this could serve to be his break-out work.“

The actors, especially the two young leads, also do a great job throughout. James (Alex Lawther) and Alyssa (Jessica Barden) are not only enjoyable to watch, but also convincingly uncomfortable and angsty teens going out of their way to draw attention to themselves in ways annoying and detrimental to others. Both act tough in their own ways, but convey to the observer that inside, they feel far less confident than their characters attempt to project.

The writing and directing is strong, and remains unpredictable while not feeling random. The main storyline starts slow but draws you in more and more, and the subplots don’t disappoint either. The dynamic between two police officers pursuing the teens is less dramatic, but just as interesting and funny as the primary narrative.

Every episode ends on a legendary cliffhanger, which makes it difficult to stop watching. This means that even if the bulk of the episode had been bland, the conclusion makes sure that viewers keep watching.

Overall, the show takes an authentic attempt at innovation in a stale boy-meets-girl genre trope, and even though it’s not perfect, it’s better than most teen Netflix flicks. “End of the F***ing World” has top-of-the line music and visual direction, and despite its lazy beginning, earns an 8/10 for its fresh and emotional story.   v