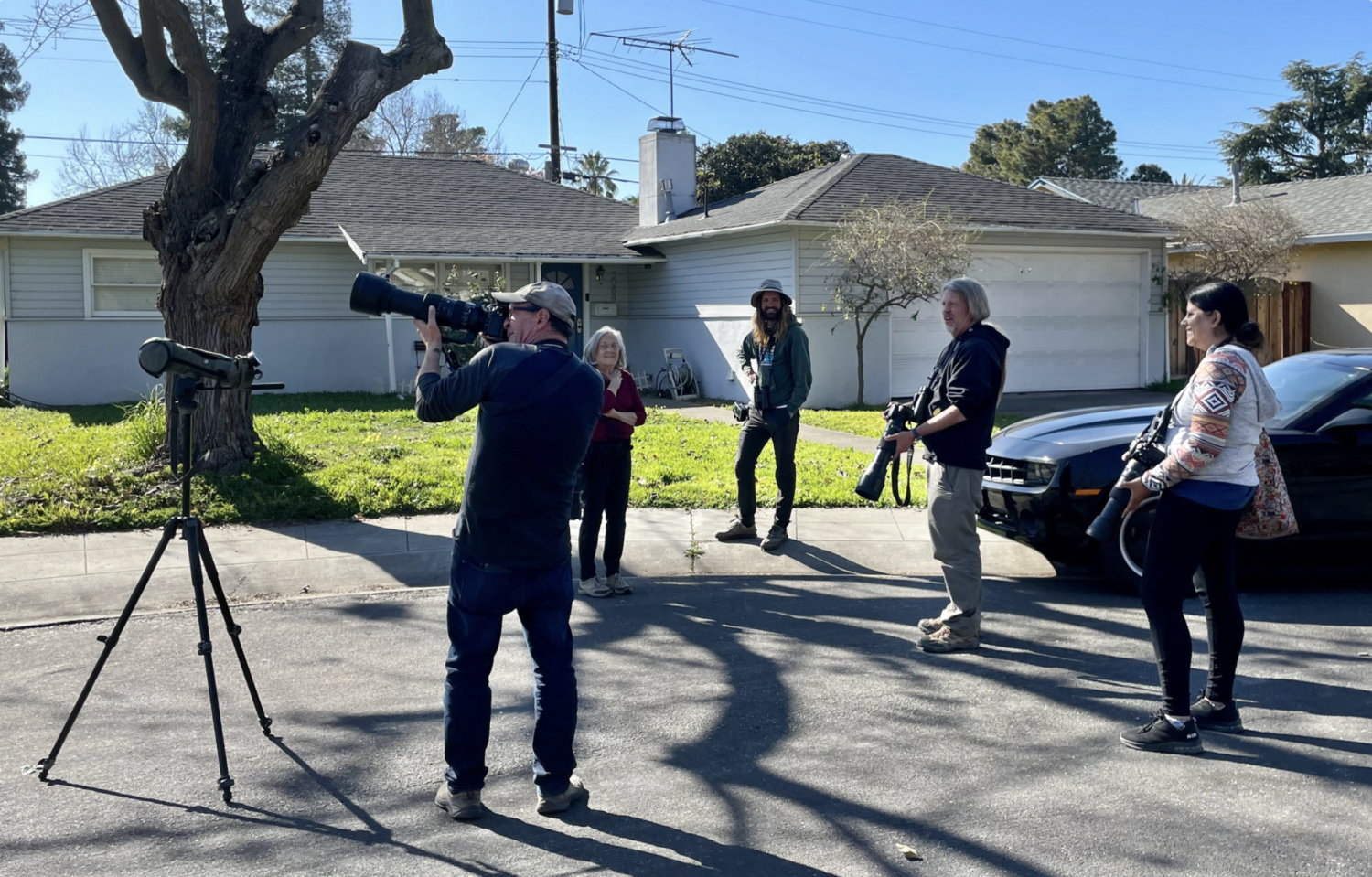 FINDING THE FLYER — Birdwatchers gather at a cul-de-sac near Greer Park in an attempt to get a look at an Oriental turtle dove, nested nearby in a tree. This sighting marked the third time a bird of this species has been spotted in California’s history, according to eBird, a momentous occasion for bird enthusiasts like Sarah Sacran. “I spend a lot of my weekends going out to see rare birds,” Sacran said. “So it’s pretty amazing to see it [the Turtle Dove].” Photo: Yash Shetty

Dozens of avid birdwatchers are gathering near Greer park to see an Oriental turtle dove — a bird that has only been seen three times in California, according to eBird.

The bird is native to Europe and East Asia and can be identified by its distinctive scaly appearance and reddish-brown claws, as stated by eBird.

Many flocked to the area after news of its presence came out, with some even traveling from out of Palo Alto. Guerneville resident Scott Carry believes that the sight of an Oriental turtle dove is remarkable enough to warrant the almost three-hour drive. 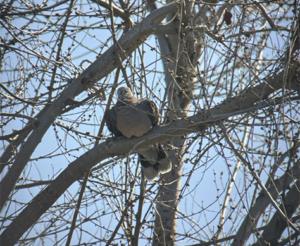 DAZZLING DOVE — An Oriental Turtle Dove perches in a tree near Greer Park, holding still for onlookers to view. This is only the third sighting of its species in California, making this spotting in Palo Alto a historic event for bird enthusiasts. “It’s really exciting to see a species I have never seen before,” avid birdwatcher John Sharper said. “I think it is amazing to see a bird so far from its home, in a place it shouldn’t be.” Photo: Yash Shetty

“I am a huge bird chaser, and seeing a Eurasian species is pretty special,” Carry said. “It is certainly a life bird as I have never seen one, so I was really excited to come down.”

Palo Altans like Rita Colwell share this enthusiasm and are thrilled to have the dove in their hometown.

“The sighting is pretty incredible because there have only been a few documented sightings,”  Colwell said. “The Oriental coming to a place like Palo Alto makes it pretty unique.”

Bird enthusiasts from all around came together to enjoy this special creature, which is one of avid bird watcher Joshua Stacy’s favorite things about the hobby.

“It’s special to see any living thing that you normally wouldn’t see,” Stacy said. “It’s also nice to see all these birders gather around here, it’s a nice way to see a lot of our friends.”