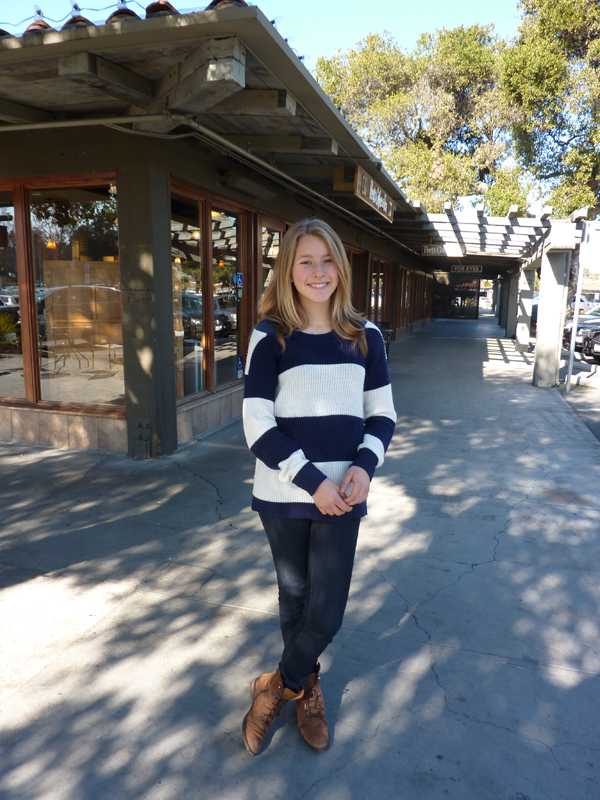 Barbara Galetovic, a senior from Chile, is studying at Palo Alto High School for three months this winter.

Barbara Galetovic is all smiles as she steps up to the cash register at Peet’s Coffee and Tea and orders a large non-fat decaffeinated latte.

“I love my coffee,” she says.  “It’s been my signature drink since I first came to the United States.”

This year, Galetovic, a senior from Santiago, Chile, is studying at Palo Alto High School for three months. Although she has visited the United States four times with her parents and her three younger siblings, this is her first time attending Paly.

“My dad teaches economics at Stanford and because we are a very close family we like coming here together,” Galetovic says.

Because Chile is in the southern hemisphere, Galetovic’s summer vacation occurs during winter in California, so she attends school year-round. She began studying in the United States as a fifth grader.

“I didn’t know how to speak English, which was sad for the first couple of weeks, but I got the hang of it,” Galetovic says.  “People were very nice, which helped a lot.”

When Galetovic first started traveling to California, she was surprised by the vast differences in both culture and education.

“It’s a culture shock, but the social environment [in Palo Alto] I love,” she says.  “The people here are very nice.  It’s very relaxed, coming from a city where everything is moving fast.”

“[Barbara is] so much fun; she’s very energetic and talkative,” Pinsker says. “We have a lot in common in our interests.”

Pinsker, who speaks Spanish, Galetovic’s native language, says the language has brought the two of them closer together.

“It’s something cool we have in common,” Pinsker says. “It gives us a similar taste in music.”

In contrast, Galetovic’s social experiences at her private school in Santiago have not always been so friendly.

“People are welcoming [in Palo Alto], which is not something that I am used to at all,” Galetovic says.  “We go to the same school from kindergarten until senior year [in Chile], and people know each other from the beginning.”

According to Galetovic, these long-term relationships form a social environment which can be insular.

“The public schools [in Santiago] are really bad so we have to go to private schools which are mostly Catholic,” Galetovic says.  “Anyone who thinks differently is not accepted at all.”

Another difference Galetovic noticed when coming to Palo Alto is the relaxed dress code, which contributes to the cultural distinction between the United States and Chile.

“We have to wear uniforms [in Chile] so on weekends we like to wear something more special,” Galetovic says.  “We cannot wear nail polish, make up.  We cannot wear hats at all.”

Galetovic adds that most of her friends and the people she knows in Chile are devoutly religious, unlike many of those she meets in Palo Alto.

“I’m used to going to church twice a week,” Galetovic says.  “It’s the normal thing to do.  I actually like it.  My friends and I will get together and have a nice time before.”

Galetovic finds Paly students, unlike students at her school in Chile, to be more engaged and interested in learning.

“The classes are really interesting here,” she says.  “The teachers make it interesting in a way that my teachers back home don’t.  Here everybody’s quiet, they respect the teachers, they want to learn.  Back home, everybody just screams and shouts.  We are really talkative, but we learn.”

To keep up her Spanish, Galetovic is taking AP Spanish Literature here at Paly.

“It’s fun because I get to speak in Spanish which I don’t do that often here other than with my family,” Galetovic says.  “Some of the students here are actually really good, better than our English at home, if you compared them.”

While many Paly students prepare for the SAT and the ACT, Galetovic prepares for a similar but much more decisive final test, known as the Prueba de Selección Académica, which she will take in December this year.  Galetovic explains that senior year is the most important year of high school in Chile, as this single test decides the fate of a student when it comes to further schooling and their career.

“[The test] determines what college you go to, what you study,” Galetovic says.  “You have to commit to a career.”

Galetovic says that her career will most likely be in law.

“I had a law class last year, and I found it so interesting,” she says.

However, she has not yet decided where to attend college, and this decision will influence what she chooses to study.  Galetovic says that since the legal systems are so different between the United States and Chile, it would be difficult for her to travel back and forth and work as a lawyer in both countries.

“I have been thinking about coming [to the United States] for college,” Galetovic says.  “But I wouldn’t be able to study law here.  I have one more year to decide.”

Galetovic says that although it can be stressful to go to school during her summer vacation, she finds studying in Palo Alto to be a great experience.  She enjoys the opportunity to immerse herself in another culture and to study in a different environment from what she is used to in Chile.

“Going to school during the summer sucks,” Galectovic says.  “I don’t get to rest.  But I get to learn things that I wouldn’t learn otherwise.” 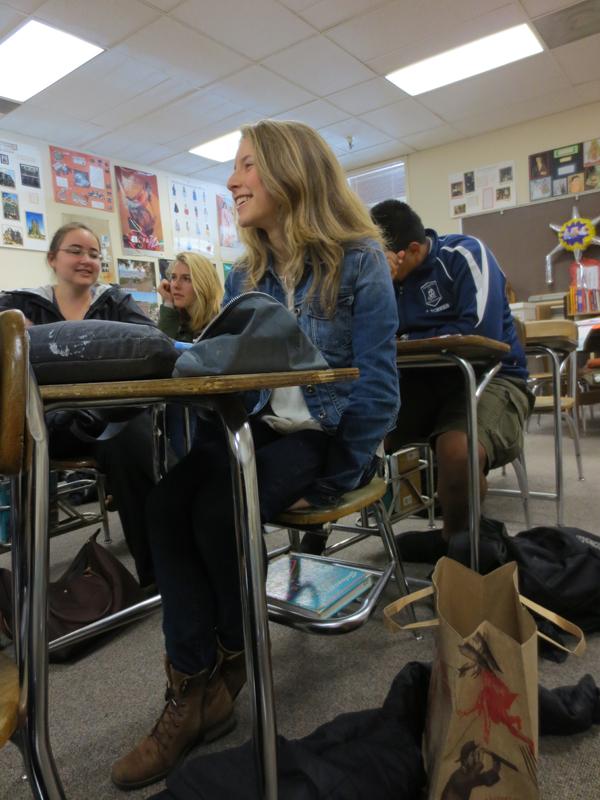