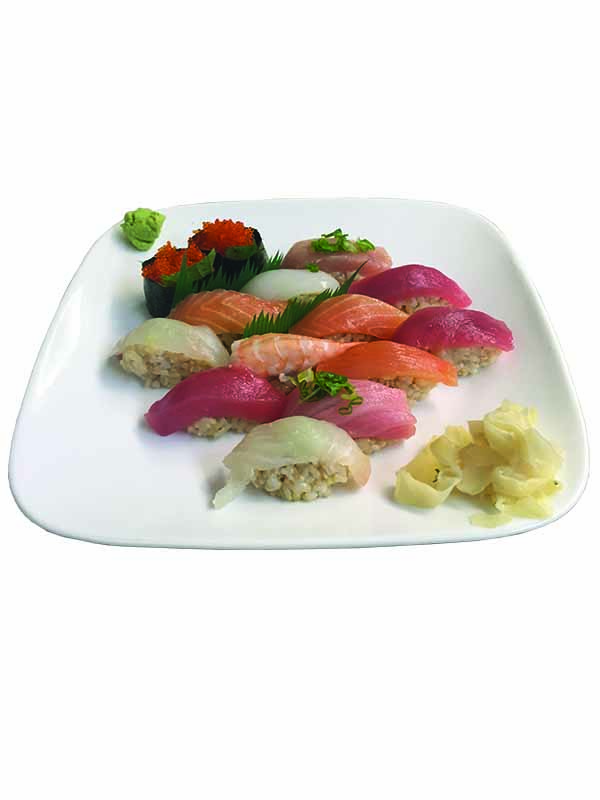 Best Hole in the Walls in the Bay Area

Hole in the Wall (Noun): A usually small, unpretentious and raggedy restaurant cramped between two other more welcoming storefronts. Common indicators of an HITW upon entering include low quality equipment, furniture and decor, as well as non-flushing toilets, sticky tables and dirty walls. So why do people even go to said hole in the wall? Two words: the food.

Taqueria El Grullense M & G barely fits the definition of a hole in the wall, considering the multiple flat screen TVs blasting WWE, the rather spacious eating area and the huge, illustrative sign detailing the contents of the menu with photos and descriptions of the food (perfect for someone who doesn’t know Spanish). Still, however, the spilled food on the ground, the dirty tables and the overall unkempt feel of the interior definitely gives it some credence as a HITW. The food, luckily, doesn’t stray from the norm as far as hole in the walls go — as always, it’s mouthwateringly delicious.

Prior to stepping in an amorphous pile of what appeared to be beans, and wiping my table down with paper napkins (a crucial aspect of the dining experience), I order a plate of nachos, enchiladas with beans and rice, and, in a leap of adventurous faith, a chimichanga (deep fried burrito).

I was glad I got that chimichanga. The crispy exterior matched with the doughy interior was absolutely mind-bending and the tender meat, melted cheese and beans came in the perfect proportions. Every bite I greedily crammed into my furiously chewing mouth had me falling deeper and deeper under its spell. 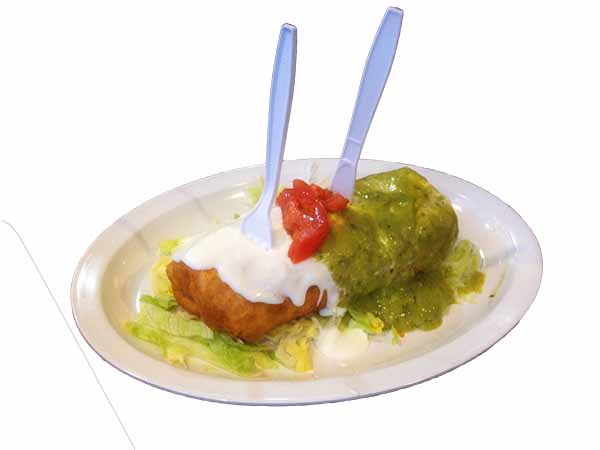 Next up, I devoured the nachos with a passion comparative to that of a savage lion — the savory juices dribbling down my jaws, my fingers scooping up the fallen carnitas and guacamole and a half-crazed look in my eyes to indicate as much. I found the soggy chips immersed in sour cream, guacamole, carnitas and salsa to be my prey of choice, due to their guaranteed juiciness and sustenance. 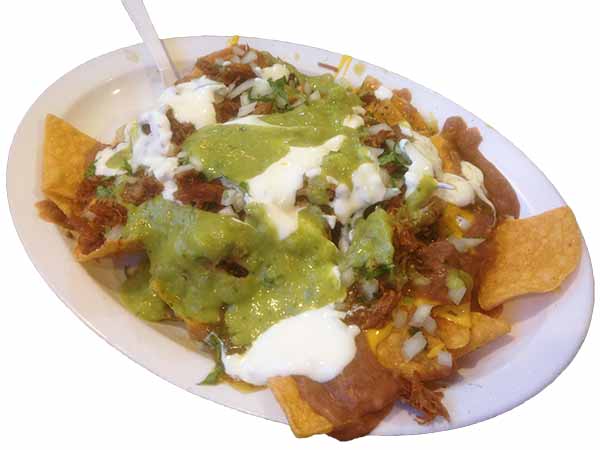 Last, I faced the enchiladas, rice and beans. Surprisingly, I did not find this meal to be as pleasing as my previous choices, but nonetheless it still had its highlights. For one, the rice and beans were the perfect combo, and scooping them up with the red sauce from the enchiladas was rather delectable. The enchiladas themselves were well-proportioned, and the melted cheese complemented the red sauce considerably well. The plate took a turn when it came to the asada cooked in the enchiladas; it was uncharacteristically dry and tasteless, unfortunate for such an otherwise enticing meal. 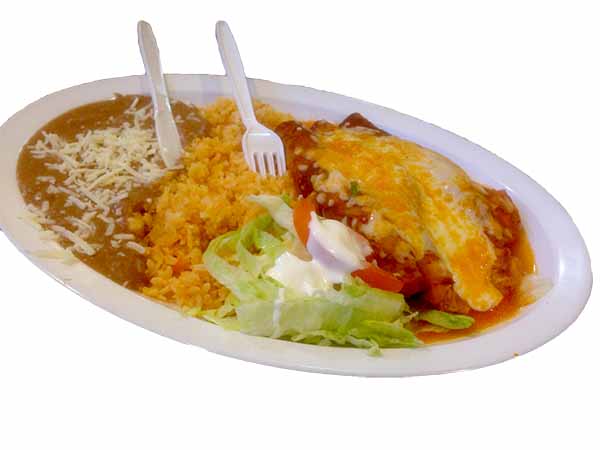 At the end of the day, however, a constantly recurring thought about my experience at Taqueria El Grullense was how truly diverse and distinguishable each course was from the next. I find this extremely rare when it comes to Mexican cuisine since often times similar ingredients are predominantly used, but in the case of Taqueria El Grullense, all sides of my palette were piqued by each of the individual orders.

Hidden behind Bistro Elan and a large tree, it’s easy to miss Homma’s Brown Rice Sushi. Walking up to the restaurant, the first things you notice are the plastic chairs and tables that are scattered outside in a makeshift seating area, and the seemingly out of place bright neon “OPEN” sign.

Upon entering the cozy living room size restaurant, I was greeted by a chef and the host-cashier-waiter. I looked around and noticed the faded green walls, and the Japanese art and photography that adorned them. I could almost immediately smell a mixture of sushi rice and disinfectant. After deciding on the Party Platter, the Combo #2 and the fotomaki, I went up to the cashier and placed my order. After being told my meal would be a 25-minute wait due to only having one chef, I was given the option of receiving my food on many separate plates to shorten the wait. I happily accepted and sat down at one of the five tables and absent-mindedly listened to the classic pop playing in the background while messing around on my phone.

The first plate that came out had six pieces of cucumber sushi, six pieces of tuna sushi and six pieces of a California roll. The fish was surprisingly pleasant: creamy, fresh and smooth. The rice, however, was a little too sour and falling apart with each bite. The next two plates contained a good amount of Nigiri sushi, which is a type of sushi that consists of a slice of fish that is laid on top of rice and served in bite-sized pieces. While the pieces of sushi were easy to eat, the amount of wasabi was overpowering. This, however, was redeemed by a perfect ratio of rice to fish. The final plate that was served contained eight pieces of fotomaki. Although the fotomaki was alright, the sushi did not meet the level of quality of the other dishes I had ordered and left me feeling unsatisfied. 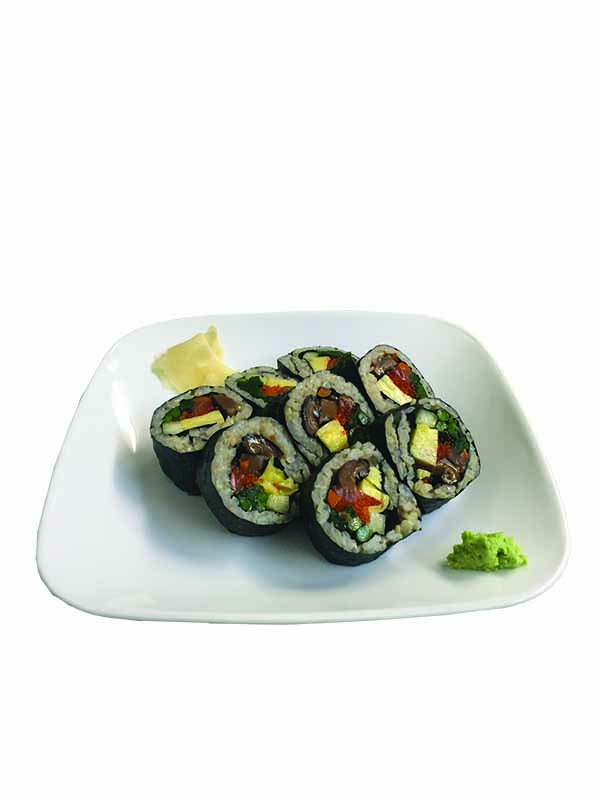 Overall, the sushi and service were better than expected. The fish was colorful and full of flavor, while the tangy rice contrasted the fish nicely.

It’s 15 minutes to close time, all of the clustered tables within the 15×15 ft. eating area are full of seated customers, there’s a line at the counter to order, and even more parties continue to flow in behind. The irresistible aromas of jerk chicken, pork and salmon waft and envelope me, triggering a low grumble from my stomach.

As I sit down after ordering my food, I slowly begin to take in my surroundings: Almost immediately I note the bright, highlighter-green walls that glisten under the lights. Painted onto the walls are multiple 5-foot-tall portraits of palm trees, beach shops and houses on a Jamaican hill side. The speakers playing reggae music softly murmur, drowned out by the lively conversation of customers either scarfing down huge chunks of jerk or waiting in anticipation, mouths watering at the smells and sights of food coming and going.

When my food is finally brought to me I grab for it, ripping off mouthfuls of the crispy, fluffy and steaming deep-fried Jamaican corn bread fritters before realizing I still need to document my adventure with photographic evidence.

After pocketing my phone, I turn back to the meal at hand and desperately start inhaling the jerk pork, fried bananas, and rice and beans. My body takes control and I can’t stop gorging on the sublime flavors — the devilishly spicy jerk pork contrasts the ambrosia-sweet fried bananas, and the rice and beans along with the fried corn bread fritters act as much needed respite in the never ending battle. Within minutes my meal starts to diminish before my eyes and I experience a sense of panic as I realize that my brief ascent to Cloud Nine will eventually come to an end. 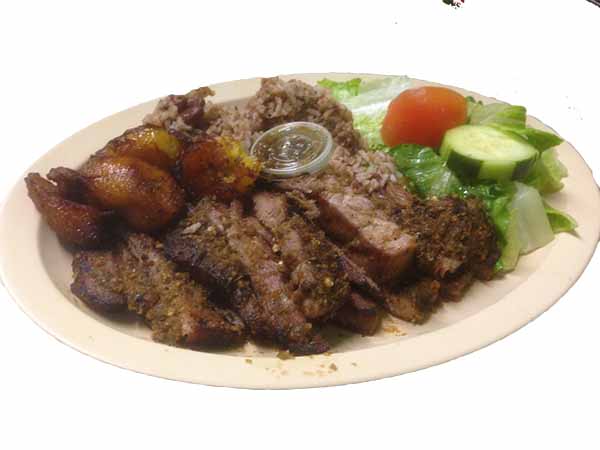 I slow down, but it’s too late. I have already consumed my meal in half the time it took to make it. With a full and content stomach I walk out through the mangled, metal screen door, but as I turn around to get one last look at the tiny storefront, thoughts of returning flood my mind and I am left wanting more.