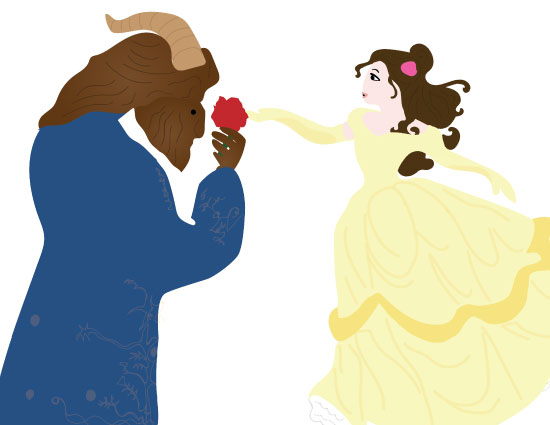 This year, Disney has continued its trend of remaking classics as live-action films with Beauty and the Beast, the tale of how the beautiful Belle discovers a kind prince hidden within a monstrous beast. However, unlike previous recent remakes, this movie was released in tandem with the Palo Alto High School theater program’s own adaptation of the same story. Verde viewed both to see who did the age-old story more justice; Disney or Paly.

Disney’s 2017 live-action interpretation of “Beauty and The Beast” features a fantastical array of colorful characters and set pieces, beautiful costume and location designs, and a fair amount of deviations from the original source material. The film is directed by Bill Condon and stars Emma Watson (Belle), Dan Stevens (The Beast), Luke Evans (Gaston) alongside many returning characters such as Cogsworth (Ian McKellen) and Lumiere (Ewan McGregor). The movie also adds a new side character, a piano named Maestro Cadenza (Stanley Tucci) whose blandness and insignificance to the plot may not resonate well with the average viewer.

There are a good number of deviations from the original 1991 “Beauty and the Beast,” which is to be expected and hoped for in big-budget Disney extravaganzas such as this. Yet none of the added material feels warranted enough to have been added, and in the grand scheme of things, these new features don’t make much of a difference in the overall flow and feel of the film.

Some of these aforementioned variations include a side plot revolving around both Belle and the Beast’s parents, and the cause of death of both of their mothers, perhaps as a way to construct more similarities between these star-crossed lovers (the movie actually surprisingly references “Romeo and Juliet”), or perhaps as a way to extend the runtime of the film to be about 20 minutes longer than the original.

However, while there are certainly some less interesting scenes in the new film story-wise, Condon’s “Beauty and the Beast” never fails to impress on the visual end, with fantastic Computer Generated Imagery for the non-human characters, and great makeup on Stevens’ portrayal of the Beast. Because of this, the movie is always a delight for the eyes.

One of the best-looking and overall best scenes in the movie is the widely known “Be Our Guest” song, an almost completely animated and CGI-based scene, with the exception of Belle watching along and offering the occasional gesture.

With all of the above taken into consideration, while Condon’s “Beauty and The Beast” may fall-short on story and meaningful additions, its bright and colorful visuals will delight younger viewers, and fans of the old film will certainly find some enjoyment in this interpretation and extension of the franchise. 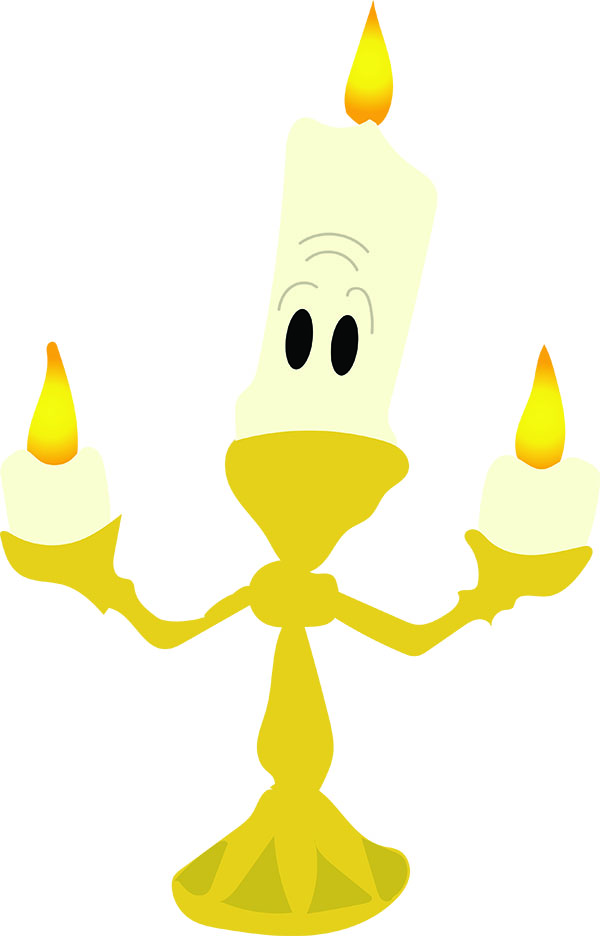 Paly Theater’s production of “Beauty and the Beast,” featuring Belle (Alia Cuadros-Contreras) and The Beast (Jackson Kienitz) was obviously unable to match Disney’s movie budget of $160 million, yet it actually made for an overall more enjoyable viewing experience. While the movie relies heavily on vibrant and beautiful animations to retain the viewer’s interest, Paly’s production placed more focus on story  and character development than on dazzling effects, a choice that worked very well.

That being said, the Paly set was not low quality by any standards. The costumes, even that of the Beast, were believable. By far the most believable costume was that of Chip (played by Ally Feitzinger), which showed Feitzinger’s displaced head emerging from a teacup, her body seemingly nonexistent.

Many student actors also adopted  French accents due to France being the setting of the tale, and managed to do so realistically while providing comic relief to complement some more serious topics explored in the play.

A notable example of a well maintained accent was that of Gil Weissman (Lumiere), who used it to provide for great humor, whilst also singing dancing, and performing stunts along with his fellow actors.

Unfortunately, there were a few technical difficulties during opening night of the play; in the beginning of Act II, when the Beast battled a pack of wolves, the fire alarm was triggered due to the excessive output of the smoke machines. It is unclear why the smoke was necessary, as its biggest effect was to irritate the eyes of those sitting in the front rows, particularly after a similar situation occurred during rehearsal. According to Kathleen Woods, head of the theater program, who addressed the crowd shortly after the alarm’s sound was disabled, the department had incorrectly believed the issue had already been resolved. After a wait of about 20 minutes, the fire department was able to fully reset the alarms, and the play resumed.

Upon the resumption of the play, actors faced malfunctioning microphones. However, the cast and crew channeled the spirit of “the show must go on,” giving their all despite iffy mics, until the issue was resolved.

While these technical issues were glaring, they were understandable as this was the largest scale performance to date in the new Performing Arts Center, and they did not detract very much from the overall experience; by the time the musical had ended, all thoughts of malfunction had been replaced by appreciation of the dramatic ending.

Among the best scenes was when Belle and the Beast began to truly develop a bond, looking past their differences and antagonisms as Belle read the story of King Arthur aloud to her captor. Belle’s deep love of books and the stories they contain allowed her to look past the calloused surface of the Beast, and connect with the self-conscious prince inside, helping him overcome his embarrassment at being unable to read. A believable connection was forged between the two characters in this moment, and it seemed less forced than the arc the movie took.

The excellent storytelling of this play, combined with the passionate performances and amazing voices of the actors made Paly’s first musical in the PAC a smashing success.