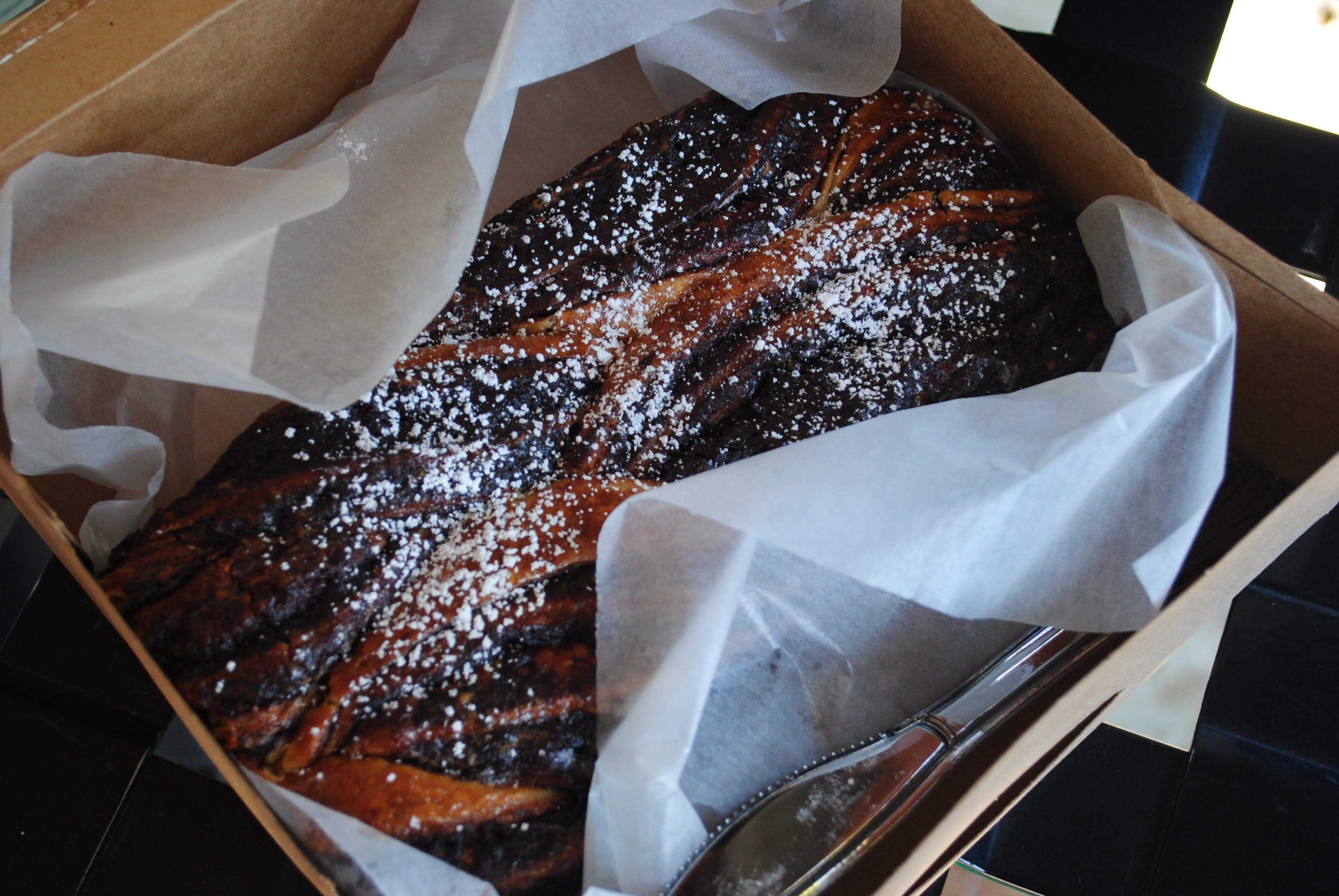 Aye Lét Babka: A Twist on the Traditional Jewish Pastry

Town & Country was once home to Halo’s Blowdry Bar, but now a new angelic business is settling in. Aye Lét, a family-owned bakery run by namesake Ayelet Nuchi, will specialize in one treat and one treat only: babka. 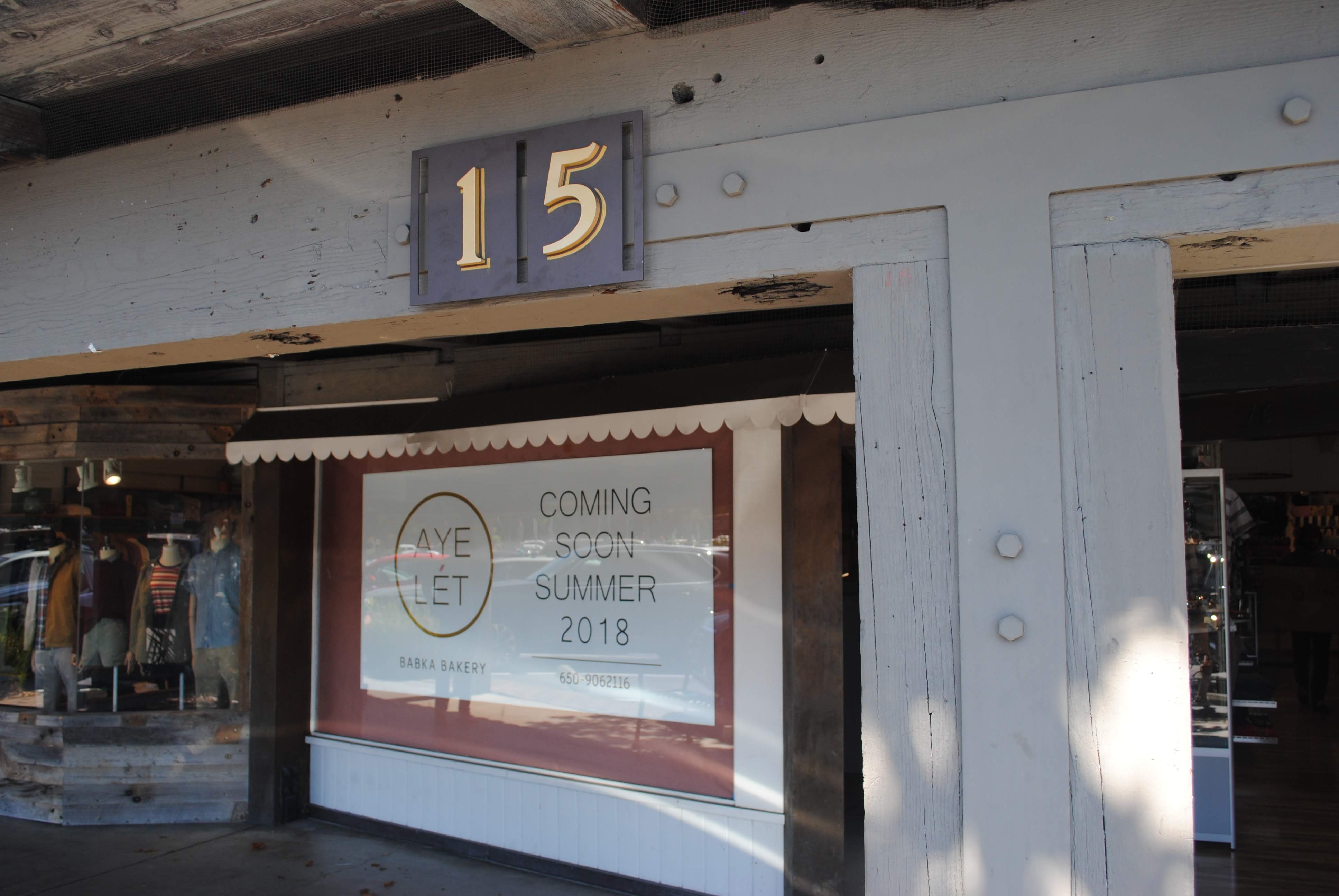 COMING SOON Aye Lét will have its grand opening sometime mid-October. Owner, Ayelet Nuchi, is excited for customers to see the finished interior. With couches and bookshelves, Aye Lét is hoping to have a homey, comfortable feel for its customers. “I want to have a feeling that everybody’s coming to my apartment,” Nuchi says. Photo by Kate Milne

Quintessential to the Jewish pastry scene, babka is a mix between bread and cake, often combined with chocolate. Although cocoa is the most popular ingredient, there are both sweet and savory flavors. Babka may not be a household name in the U.S., but Nuchi is here to change that.

But it has not always been this way — when Nuchi packed her bags in 2000 and left her Tel Aviv home for San Francisco, she was not planning on staying for more than two years. She was not planning on putting down any roots, and she certainly was not planning on opening a business. And yet, come mid October, Nuchi’s bakery will open in Palo Alto’s Town & Country Village, even though she had never even opened her oven back in Israel.

Nuchi first became infatuated with the culinary arts during the early days of her life in the U.S. With the long periods of time her then-boyfriend would spend away at his tech startup, she had an abundance of free time. As a pastime, Nuchi picked up baking, a casual hobby that quickly evolved into a serious passion.

Two years later, she enrolled at the San Francisco-based culinary school, California College of the Arts, where she specialized in baking and pastries. Then, in 2005, Nuchi started her own catering business where she focused on “French-Israeli” cuisine, which was the ultimate inspiration for Aye Lét.

Although she catered all types of delicacies, her customers always seemed most impressed by her babka, just one of the many treats presented on the dessert table and inconspicuously placed in the corner by the tea. After getting many complimentary emails and outstanding in-person reviews from friends and family, Nuchi realized she had to place her babka in the spotlight.

“There’s a trend to take one item, you know like the macarons and the ice cream sandwiches, where you’re taking basically one thing and that’s the only thing you do,” Nuchi explains. “I decided that if I’m going to do it, it’ll be just the babka.”

“I decided that if I’m going to do it, it’ll be just the babka.” 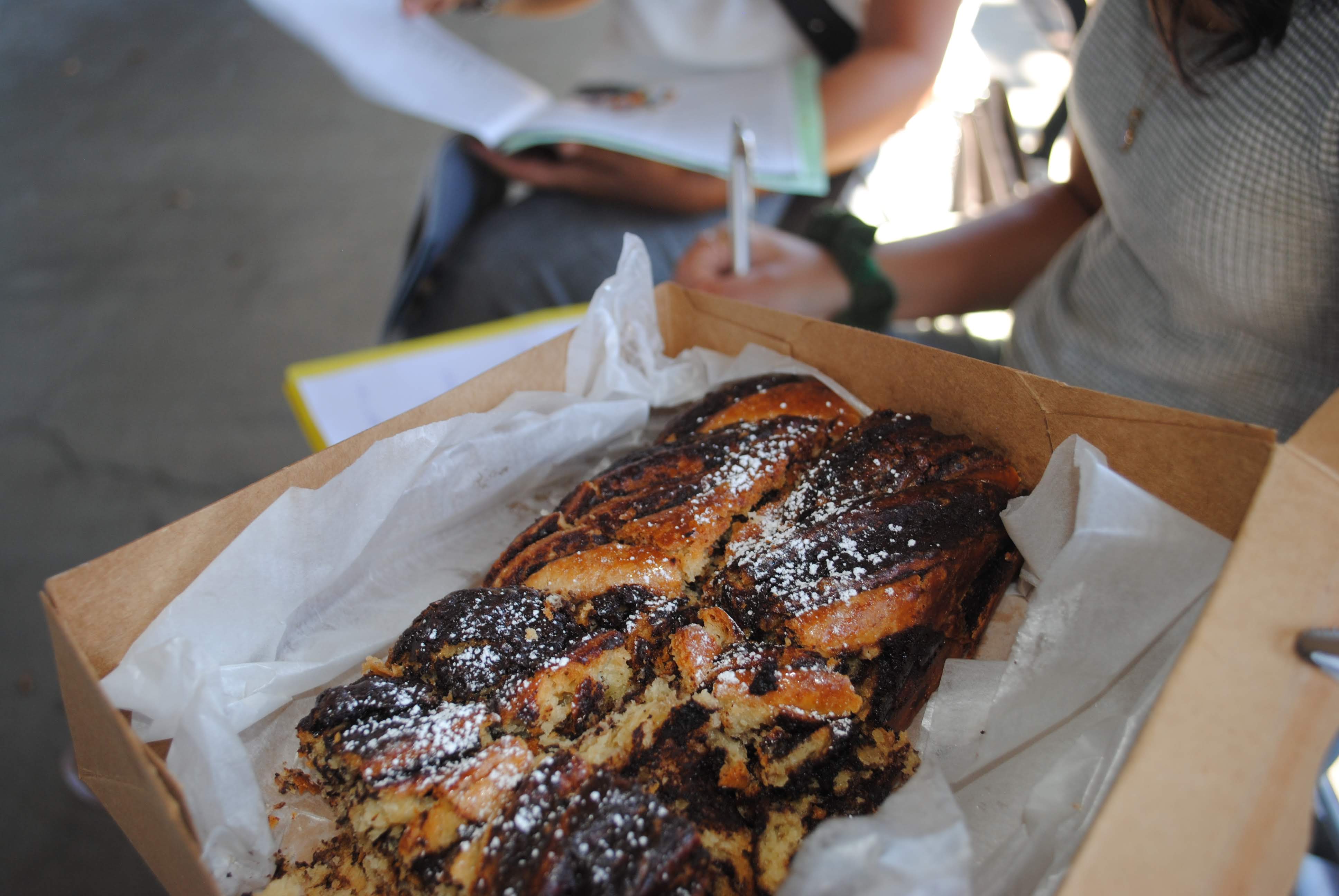 CHOCOHOLIC Israeli baker and Palo Alto resident Ayelet Nuchi offers her chocolate ganache babka for the Verde staff to sample. “Chocolate is my favorite flavor. I’m a chocoholic,” Nuchi says. Chocolate ganache was the fan favorite of Nuchi’s old catering business, which she has been in charge of since 2005. Photo by Kate Milne

Nuchi’s menu will consist of seven unique flavors of babka, five sweet and two savory, all of which are her original recipes. Classics, including chocolate ganache and cinnamon sugar, reflect the traditional pastry found in Israel, whereas more experimental flavors such as Nutella and raspberry cream cheese are tailored to the American palette. There will also be a chalva, or sesame-paste-filled babka, which Nuchi claims “people go crazy for.” As for savory delights, Aye Lét will offer a pizza-style babka consisting of mozzarella, tomato and basil, as well as one with a butternut squash base, topped with pine nuts and parmesan.

In an exclusive insider taste test, Nuchi brought some of these soon-to-be-legendary treats for the Verde staff to sample for the first time. A whole loaf of chocolate ganache babka was presented to us, and the marbled cake, heavy and dense by the weight of the box, was still warm and sprinkled with powdered sugar.

The dessert’s taste was just as beautiful as its appearance: sweet, but not overpowering, with just the right amount of smooth chocolate. The babka’s crunchy edges were balanced by its moist yet crumbly inside, which had a consistency somewhere between a brownie and a cake. Some Verde staff members claimed it had a tangy aftertaste, similar to that of beer bread.

A serving size large enough to feed several people, titled the “classic loaf,”  was surprisingly one of the smaller options Nuchi is going to offer. Other sizes include a personal size, a double loaf and a large, perfect for celebrations.

The store was slated to open the summer of 2018. However, it is still being renovated, and is now on track to be finished by mid-Oct. Currently, it may just be planks of wood strewn across a debris-scattered floor, but Nuchi envisions a homey environment that will encapsulate the ethos of her business.

“I’m not going to have small tables where people can sit by themselves — everybody is going to sit together,” Nuchi says. “I want to have a feeling that everybody’s coming to my apartment.”

On a tour of the unfinished inside of the store, Nuchi says Aye Lét will mirror a living room complete with an open kitchen, including home decor such as bookcases, couches and even a TV.

Aye Lét also plans on offering a Paly special, much like many other businesses at Town & Country. The special would entail a small lunch box, complete with one round, savory babka and a side of either a salad or a sweet babka. Additionally, lemonade or custom iced tea drinks may be added to the mix. The special’s price is yet to be determined.

Nuchi’s unique experiment combines four recipes into one, bringing together tradition and innovation in her baking. Whether you are looking for a place to sit back and relax with a friend or just a quick bite for the road, Aye Lét is sure to bring a wholesome, and surely tasty, new experience to Palo Alto.