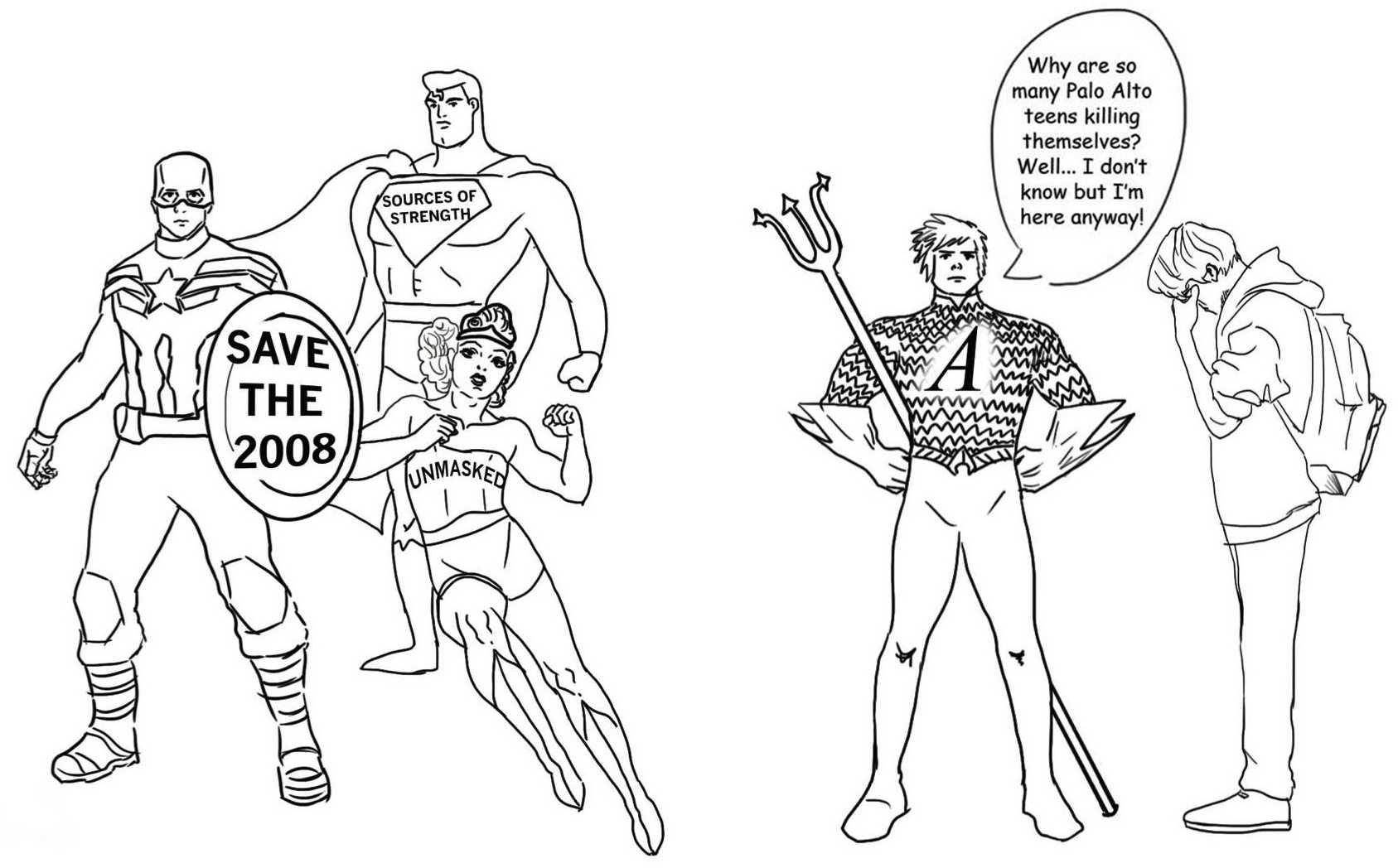 On Nov. 17, The Atlantic, a political and cultural magazine, published its December 2015 cover story online, entitled “The Silicon Valley Suicides.” In the article, Hanna Rosin investigates the causes of the recent suicides in the Palo Alto Unified School District, focusing on their connection to the broader discussion on student mental health in high-achieving communities.

Journalists are supposed to bring topics, especially those that may be painful to discuss, into a new light. No matter how controversial an issue is, journalists have the responsibility to write about these problems in an insightful way. As such, we appreciate that Rosin wholeheartedly attempts to reveal the community’s struggles in dealing with the past suicides. Like any journalist, she has the right to comment on Palo Alto’s history of suicides. We recognize that teen suicide is an important issue, and we support media attention that sheds constructive light on this complex issue.

However, Rosin’s article represents the Palo Alto community as one that is naïve, fragile and broken. Yes, we are still reeling from the recent suicides, but the article paints Palo Alto as helpless to its national audience. She presents an unbalanced view of Palo Alto by selectively choosing sources that fit her agenda, using quotes which only illustrate the negatives of Palo Alto’s environment and ignoring the many tangible steps that the district and its students are currently taking. The article uses sources that describe the incredible amount of stress put on Palo Alto students and ignores the efforts and narratives of those who contradicted the image of Palo Alto that Rosin tried to convey.

As student journalists, we are mindful of the national guidelines on suicide reporting outlined by the National Institute of Mental Health. These recommendations, according to more than 50 research studies worldwide, are imperative in reducing the media coverage’s effect on increasing copycat suicides. Rosin clearly violates these guidelines which caution against descriptive accounts of the act of suicide itself and the publication of the contents of a suicide note. She vividly depicts a rushing train, which is especially triggering, as well as Cameron Lee’s parents reading his suicide note.

The Atlantic headlines the article, “Why are so many kids with bright prospects killing themselves in Palo Alto?” However, this question is never clearly answered. Rosin’s attempt at answering the article’s guiding question falls short of producing a constructive dialogue, only reaching the same conclusion that many in our community have already made: we can’t pinpoint an exact reason why suicide occurs.

Furthermore, Rosin neglects to mention in detail the efforts that our community has made. Though she briefly mentions the recent “Unmasked” documentary and Gunn’s “A Titan is…” project, there are many other initiatives working to improve school climate and address the stigma surrounding mental health. These efforts include the Sources of Strength peer-mentoring program at Paly and Gunn, the “Changing the Narrative” series in Gunn’s Oracle, and the Save the 2008 campaign, among many others.

Although we believe Rosin irresponsibly uses her position as a journalist, sensationalizing extremely sensitive topics and potentially putting students’ health in danger, the Palo Alto community cannot let national headlines stifle our strides toward more effective reforms. Instead, we must discuss the valid points put forward by Rosin’s article and allow these points to inform our efforts and discussions.

We may be kids, but we do not forget.