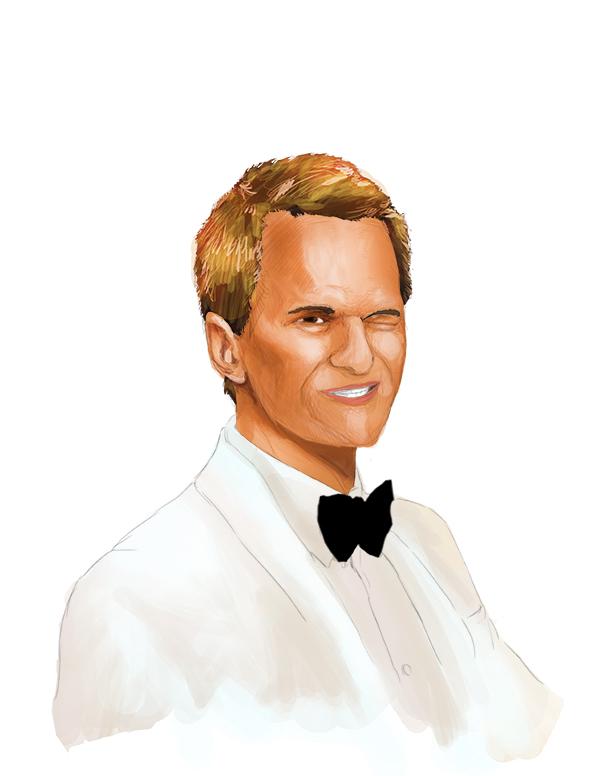 And the Oscar Goes to: Verde’s Picks for the 2015 Academy Awards

The year of 2014 consisted of buckets of popcorn, numerous slurpees, countless hot dogs and of course, a number of outstanding new movies. Following a lengthy discussion, we chose our ideal winners for the annual Academy Awards, which will take place on Feb. 22. This year, actor Neil Patrick Harris, most famous for his comedic role as Barney Stinson on the television show “How I Met Your Mother,” will host the 87th awards ceremony. Grab your favorite movie snacks, pull out your On-Demand movie wish list and get ready to read our highly professional assessments about which movies are deserving of Oscar awards.   v

“Boyhood” follows the life of Mason Evans Jr., played by Ellar Coltrane, from his childhood to the start of college. There is no change of actors or elaborate use of makeup to fake the process of aging. Instead, the movie was filmed in short increments over the course of 12 years with a script that was adapted to suit the changes in the actors and the world. There is nothing forced about the life of the protagonist: he copes with his divorced parents’ strained relationship, dyes his hair strange colors as a teenager, experiments with drugs and goes through an awkward relationship that ultimately ends badly. He makes mistakes, learns important life lessons and mentally grows up. While the subject matter is not extravagant or even particularly exciting, the characters are all believable and three-dimensional, and it is engrossing to watch the characters as they change dramatically over the course of the movie. Watching “Boyhood” is like watching real life unfold before your eyes. Regardless of whether it wins Best Picture, “Boyhood” deserves to go down in film history as an extraordinarily ambitious and risky undertaking that successfully came together as an exceptional film.

The directing style in the eccentric movie, “The Grand Budapest Hotel” is unlike that of any other movie of 2014. The movie follows a hotel concierge’s attempt to disprove murder allegations levied against him, with the help of a lobby boy Zero Moustafa. Director Wes Anderson complements with his animated form of filming: he films scenes with symmetrical backgrounds, numerous yet brief camera angles specifically of conversations and with many moving action scenes such as when a person attempts to escape the police. This unconventional style combined with his vibrant color palette and unique setting designs adds a quirky yet engaging ambience that takes “The Grand Budapest Hotel” to a distinct level of directing.

In the film “The Theory of Everything,” Eddie Redmayne portrays world-famous physicist Stephen Hawking. This biographical movie highlights Hawking’s development and battle with Amyotrophic Lateral Sclerosis, also known as Lou Gehrig’s disease, and the resulting effects it has on his personal life. Redmayne gives justice to Hawking’s difficult struggles by showing the slow evolution of Hawking’s disease and knowledge; the audience witnesses the birth of the disease as Redmayne begins to unknowingly drag his feet while walking across the Oxford campus, the emotional reveal of the ALS to Hawking and his eventual success as a published physicist and speech-decayed author. Redmayne is able to manipulate his body and his speech as if he truly has ALS and is slowly deteriorating in health. This amazing, one-of-a-kind performance truly deserves him the award of Best Actor of 2014.

“Gone Girl” is a mystery thriller that follows the disappearance of Amy, played by Rosamund Pike. Amy is a complicated character that is difficult to bring to life in a believable way, but over the course of the film, Pike manages to portray her as sympathetic, attractive, funny, scary and extremely creepy — sometimes all at once. Pike’s adaptability is impressive, managing to keep Amy feeling like a cohesive character despite the large shifts in the audience’s perception of her. Pike’s performance is the driving force behind the movie’s plot and what grips the viewer, pulling them in and allowing the twists and turns of the snaky plot to feel even more disorienting and captivating. Although Neil Patrick Harris, who also starred in Gone Girl and whose character had a less-than-pleasant encounter with Amy, may be rightfully afraid of handing the award for Best Actress to Pike. The Academy should show no such qualms about bestowing the award upon her (from a safe distance).

The drama film “Whiplash” takes the everyday story of a mean teacher to an unforgettable level as J.K. Simmons portrays an evil and sadistic teacher who preys on his students. “Whiplash” follows the dream of a young aspiring jazz drummer, played by Miles Teller, and the events that result from having Simmon as a teacher and mentor. Simmons further develops his supporting role by creating an aura of fear with his demeaning style of teaching. Simmons verbally and sometimes even physically abuses his students in order to lead them to success; it is his frightening character who drives his students to either become the best musicians they can be or become scarred from their experiences with him, driving some to their death. The Academy ought to give Simmons the award for “Best Supporting Actor” for his ability to act as such a forceful and cruel person.

Boyhood is a movie filled to the brim with brilliant performances, but one that stands out especially well is that of Patricia Arquette, who plays Olivia, the mother of the young boy. As the mother and primary caretaker of the protagonist, Arquette’s role in the film is extremely important, at times feeling more like the main character than Mason himself. Olivia begins as a struggling, young, single mother of two, and over the course of the movie she manages to get a degree and become a teacher while still taking care of her kids. But Arquette does not portray her character as a flawless deity of mothering; she struggles and makes her share of mistakes. The short, segmented way the movie is filmed can sometimes make it hard to delve deeply into the characters thoughts, but Arquette’s phenomenal performance manages to convey Olivia’s feelings and states of mind perfectly. Arquette’s performance is an incredible one, and deserves the ultimate recognition: a small, gold statuette of a nude man holding a sword.