An Eye for an Eye

Only a few days ago, the State of California voted on Prop. 34, and the future of the death penalty in California was decided.

If the proposition has passed, the death penalty will no longer be legal in California.

This would hurt the justice system because the benefits of the death penalty outweigh any of its problems. While some say it is inhumane and brutal, the death penalty removes terrible people from the earth, people who do not deserve to live because of what they have done.

According to the nonprofit Death Penalty Information Center, 3,170 people were on death row in our nation as of April 1.

On a national scale, the death penalty was illegal for a time. It was abolished in 1972, but was legalized again in 1976.

Legal methods in the United States vary greatly, including lethal injection (the most widely and prolifically used method), electrocution, gas chamber, hanging or firing squad. The only method legal in California is lethal injection. 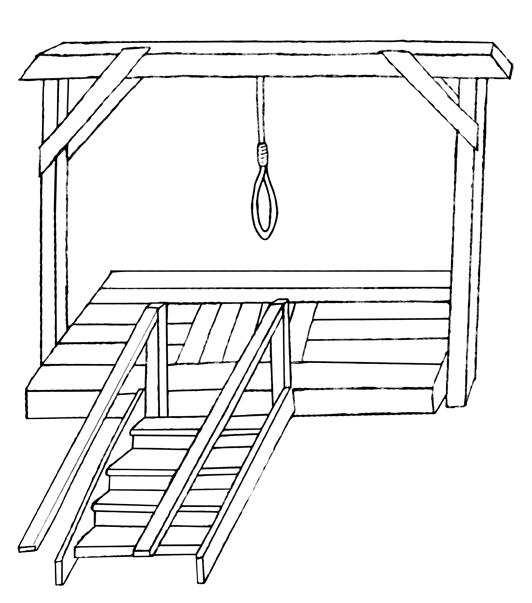 The Gallows: This method of hanging is still legal in two states in the United States: New Hampshire and Washington. It has been used three times since 1976.

Despite the specificity of the study to Connecticut, it serves as a powerful example. The death penalty has not always been completely fair.

The issue of discrimination in the legal system as a whole is very difficult to tackle, but improvements can always be made.  The sentence of the death penalty should only be given in complete disregard of the race of the defendant so that people don’t receive harsher punishments for the same crimes just because of the color of their skin. It is very important to reform the death penalty because it has the ability to provide immediate justice and closure to the people who have been affected by the murder.

The death of the perpetrator can represent a horrifying period of the victim’s loved ones’ lives coming to a close. They no longer have to live knowing that the person who caused them so much pain is still breathing.

With the possibility of being sentenced to death, it seems that people would be less willing to take part in activities that could result in them losing their life. A rational, relatively mentally sane person might consider the consequences of their actions. It may not be a total deterrent, but if it prevents even a single person from taking someone’s life, it is worth it.

Some may argue that the death penalty is more favorable than life in prison for convicted murderers because they don’t have to spend time in prison, and for that reason it should be outlawed.

“They deserve to pay for what they’ve done rather than taking the easy way out,”  Palo Alto High School senior Kayli Debacker says.

Other students also argue that it is an unconstitutional punishment.

The Eighth Amendment to the United States Constitution states that nobody shall be subjected to cruel and unusual punishment.

However, the methods of the death penalty are not particularly unusual, and all methods in use today are designed to provide as swift or painless of a death as possible, although there is no way of actually knowing.

In recent years, the main focus of this humanity debate has been the use of lethal injection, the method in use in California. It was used in 1982 in Texas. The process in the past couple years has involved a three drug cocktail, made of an anesthetic, pancuronium bromide and potassium chloride. Some argue that being put under intense anesthesia and paralysis could cause the prisoner suffering and terror.

But last year, a different type of drug was introduced in Ohio. Instead of a three-drug cocktail, it involves only one drug, a large dose of anesthetic that shuts down the body.

Supporters of Prop. 34 use the costs of the executions as an argument as well. Since 1976, California has executed 13 people, at a cost of $308 million a prisoner, which is an unacceptable number. With reform, the cost issues could be resolved. 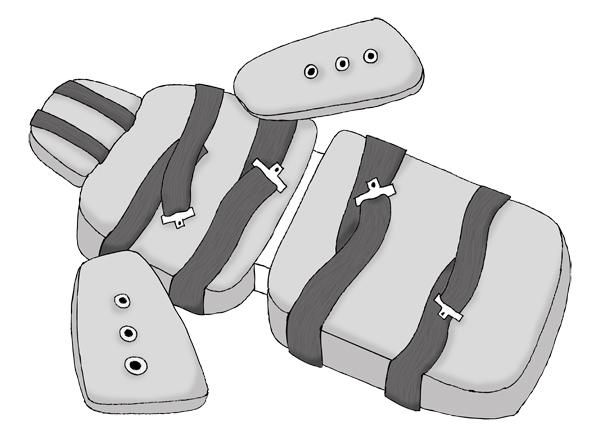 Lethal Injection: The most common method of execution today, lethal injection is used in all states that use the death penalty as well as Washington D.C., and has been used 1,337 times since 1976.

A large amount of money in each execution is spent in legal battles. The lengthy process of appeals should not be held against the idea of the death penalty. The current system, not the idea, needs reform.

Opponents of Prop. 34 offer a partial solution to the insane costs. They say that the usage of a single drug as well as discontinuing a policy of only one death row inmate in a cell at San Quentin State Prison, which causes overcrowding, will help. These changes will save a sizable amount of money.

Another argument against the death penalty contents that innocent people have been executed wrongly.

The story of Carlos Deluna is a perfect example of this. In 1989,  Deluna was supposedly wrongly executed by the State of Texas for the fatal stabbing of a gas station clerk in Corpus Cristi in 1983. Immediately after the stabbing, Deluna, an uneducated, Hispanic man, was arrested.

According to Ray Suarez, an investigative journalist for PBS News, in an interview with PBS Newshour, Deluna maintained his innocence throughout. He claimed the actual murderer was a man named Carlos Hernandez, who looked similar to Deluna and lived in a nearby neighborhood. The police claimed this “Carlos Hernandez” did not exist.

According to a Huffington Post article summarizing Leibman’s report, Michael Mclaughlin, a journalist who has worked with the New York Daily News and the Brooklyn Paper, Leibman cited sloppy police work as what led to Deluna’s execution. In short, the execution of an innocent man could have been easily prevented if proper police procedure had been followed.

A solution to this frightening problem is to only implement the death penalty when the prosecutors have definitive evidence that the defendant is the actual killer.  There needs to be a rigourous list of requirements that people fulfill in order to be executed. If there are any inconsistencies, then they cannot execute the person, and at most, sentence them to life in prison.

“I believe that the death penalty should only be in place if there is sure and irrefutable DNA evidence that the accused killer has committed a murder in which he was intending to kill the victim and planned before the murder,” says junior Mason Call.

If we have positive evidence that the suspect in question is the killer, what is the issue with removing a terrible person from the planet? If we do not have the evidence, then we can’t go through with the execution until the evidence is presented. A person can be released from jail, but cannot be brought back from the dead.