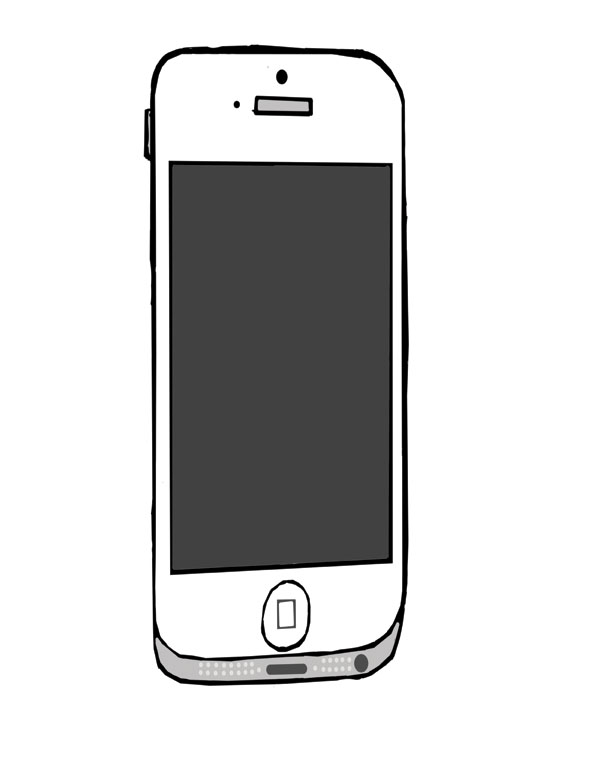 All Teched Out: iOS and Cydia

It’s hard to be at Palo Alto High School for even 10 minutes without seeing a student using an iPhone to check grades or to play Tiny Wings (a much better option).

All of these iPhones need a mobile operating system, OS, whose capabilities have expanded a lot over time. However, there are so many types of phones and operating systems. Which is a better OS, iOS or Cydia, an iOS hack? Research in Motion? (Just kidding, no one uses Blackberry devices anymore.) Here is a comparison between the most famous OS and its newest archnemesis: Cydia.

Ever since the release of the first iPhone 2G and iOS 1.1 in 2007, the market share of iOS has been growing, according to research and advisory company Gartner. 2012’s Quarter Two iPhone market share has hopped to 18.8 percent, a 5.8 percent jump from two years ago, showing its increasing popularity. (I feel like it’s 201.09 percent of people at Paly.) Responding to this increase in market share, Apple has kept adding new features, including multi-tasking, Siri, Do Not Disturb (iOS 6) and Passbook (iOS 6). However, this doesn’t make it an advanced OS, as iOS is quite limited until hacked.

Apple made a great decison by making the screen larger. Not only does this make the retina display even better to look at, it also creates a 16:9 ratio, perfect for movie watching. The 4-inch display also allows a fifth row of icons, helpful if you have a lot of apps. iOS 6 did have a lot of changes, but all were expected. In fact, Cydia offered most of the options seen in iOS 6 for some time.

What do I think?

iOS may not be the most advanced OS, but its 19 percent following has proven its popularity. One bothersome feature of iOS is the severe lack of customization. As a smartphone, the iPhone should be able to fit my needs; I shouldn’t have to fit its needs. I don’t want to use Safari as my default browser. I don’t want the iOS “standard” theme. And I hate (strongly dislike) the 12-app folder limit and all the default apps I will never, ever use.

The OS feels slightly stale. Even with its additions (which tend to be released late), such as folders, Notification Center, “multitasking” (a little different than advertised), and Siri, iOS has not changed much over the years. I do not get to decide what my iPhone looks like; I enjoy the user interface, but it would be quite nice if the themes had some variety. I get bored easily, and the same user interface for five continuous years doesn’t interest me.

Sigh. iOS, it’s been a great couple of years, but I’ve moved on to something better. It’s not you, it’s me! If only you had more customizable features and were more up-to-date with other “more advanced” systems, such as Android and Cydia.

Then what about Cydia?

Oh, my! Truly, the savior to the iPhone and its OS, Cydia gives the user the ability to do whatever he or she wants with his or her iPhone. Cydia is an open-source software application for iOS that lets its user download tweaks, utilities, and apps for a jailbroken iPhone, iPod Touch or iPad. Author Jay Freeman (known online as “saurik”) has made the Cydia application available to iPhone users since iOS 1.1, the “first” OS for the iPhone.

Cydia allows your iPhone to do whatever you want it to do. Want a new theme? Want to browse through the file directory? Want to put five icons in your dock? Just download the file from the application “Cydia” acquired through jailbreaking (the act of installing Cydia onto your “iDevice.”) Whatever you want, the Cydia store has it, and for the most part, for free as well. Jailbreaking your iPhone will make the OS more advanced, usually before Apple comes out with a competitive solution. Oh, Cydia, you’re the one for me!

But, I still kind of feel like a fugitive. By jailbreaking your iPhone, you void the 1-year warranty provided by Apple. However, restoring your iPhone through iTunes will completely remove Cydia, thus showing no evidence of jailbreaking. (To be even more careful, Apple recommends that you restore your device before going to the Genius Bar.) So this is how you can feel like a super awesome spy every time you use your iPhone. Apple ain’t tellin’ ya what to do now! (Don’t worry, jailbreaking is 100 percent LEGAL, according to the U.S. Copyright Office’s ruling.)

If you’re an Apple fanboy or fangirl, chances are that your opinion probably won’t change. The iPhone has a lot of things going for it, mostly its clean and simple user interface. However, if you already have an iPhone and want to try something new, I recommend jailbreaking. I enjoy the hardware on an iPhone more than anything else, and the customization options are extremely simple through Cydia.

However, at the time of publication, Cydia is not available for iOS 6. (For all you SSH geeks out there, that’s quite annoying to download on iOS 6 too.) And for the time being, the iPhone 4 is horrible with iOS 6. If you have an iPhone 4, Run iOS 5.1.1 to keep Google Maps and jailbreak to receive Apple’s new features from iOS 6.

While you decide which OS is for you, I’ll be writing my Dear John letter to Apple, and officially confessing my love to Cydia and RedSn0w. Toodles!