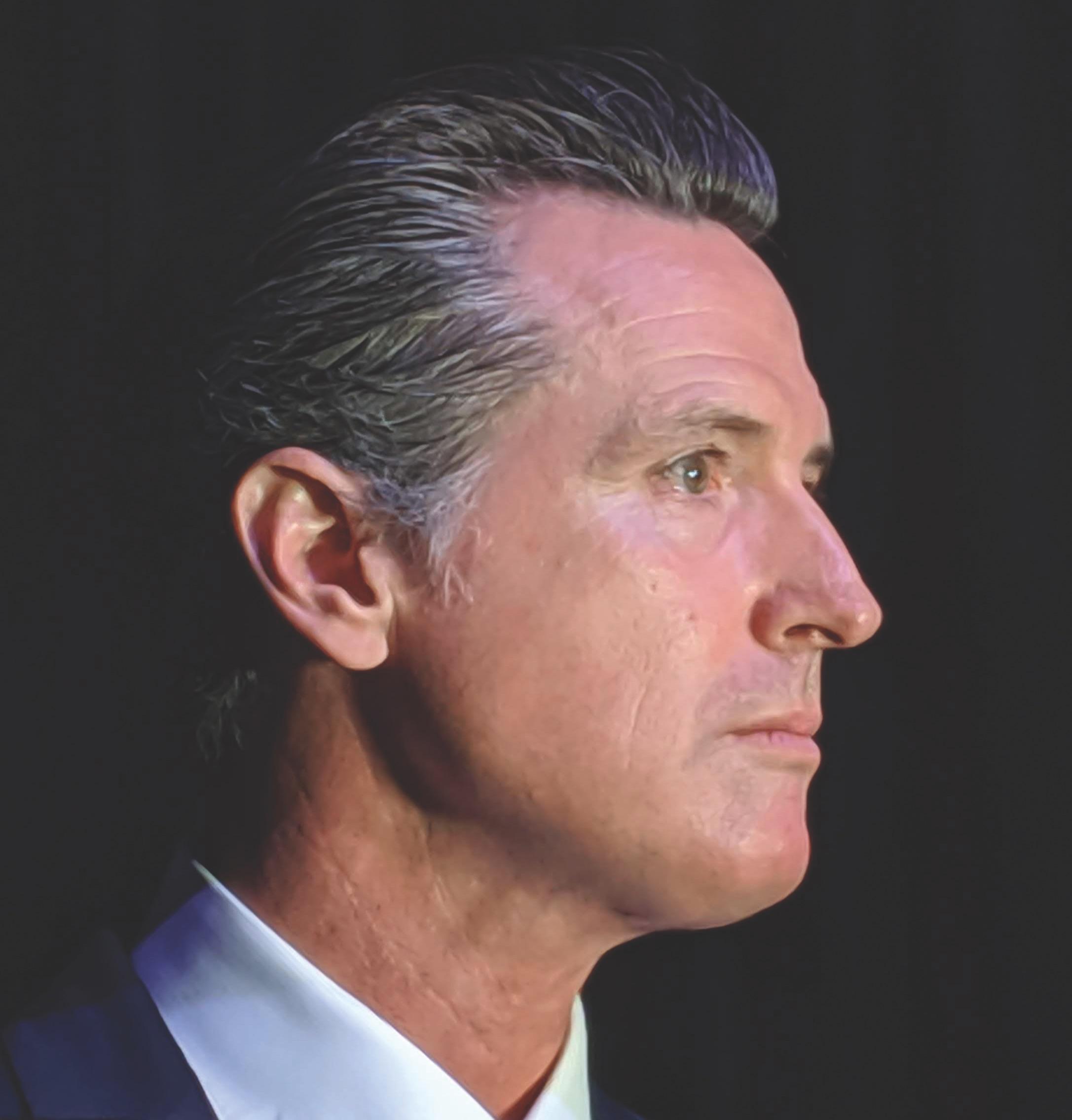 Millions of high schoolers have left the sidelines and taken to the streets to demand change from their elected officials on many issues.  March for Our Lives students have organized walkouts and marches for gun control following school shootings, while the Sunrise Movement and similar organizations have spurred mass student protests around the world to demand action on climate change, following greater denial of this phenomenon. Just this September, nearly four million youth worldwide, led by 16-year-old Greta Thunberg, participated in strikes and marches demanding progress in the fight to control climate change. Several elected officials have come out in support of the rising tide of student involvement in the political process. Verde attended the California Democratic Party Convention from Friday, May 31, to Sunday, June 2, to ask Democratic politicians what advice they have for these budding activists.

“The young folks who are marching with the Sunrise Movement, marching for gun violence justice, keep up your activism. You’re going to help bring change to our country and our world.”

Ro Khanna is the current congressman from California’s 17th Congressional District, which encompasses parts of the South and East Bay. Khanna is a vocal supporter of Senator Bernie Sanders in the 2020 Democratic presidential primary and is known for his progressive policy agenda. Video by Rohin Ghosh 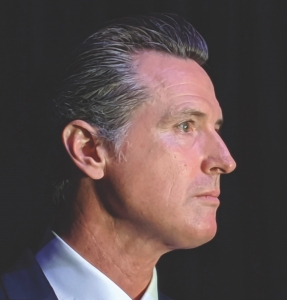 “You’re making an impact. Don’t be interested in your cause, be committed to your cause. Know that your voice matters and that people are paying attention. Don’t be discouraged. Hold us to a higher standard of accountability and don’t talk down to us or past us, but inspire us.”

Gavin Newsom is the current governor of California and former mayor of San Francisco. Newsom entered office with bold, progressive policy plans and an emphasis on bringing new leadership to the Governor’s office. Photo by Sam Greenberg

“My advice to high school activists is keep fighting.  We need your voices, we need you to show up, we need to get the next generation mobilized.  We’re counting on you.”

Katie Hill is the representative for California’s 25th Congressional District which includes the suburbs of Los Angeles. She defeated an incumbent Republican in the 2018 midterm election. At 31, Hill is one of the youngest members of Congress. Video by Rohin Ghosh

“I just want to encourage all the high schoolers out there to engage in the democratic process. Our job is to leave the world better than we found it and to make sure you have a better future, so thank you for what you do.”

John Delaney is a former congressman from Maryland’s 6th Congressional District who is running for President with an emphasis on bipartisanship and his support for moderate, pragmatic policy positions. Video by Rohin Ghosh

“To the activists working on both gun violence prevention and climate change, what I can say is it matters. Your advocacy, your work, moves the needle in Washington and I am dedicated to working with you to advance common sense policies to help our country.  Keep at it. Your civic engagement, your social participation is critical to our future. Thank you for all that you do.”

Mike Levin is the congressman for California’s 49th Congressional District in Orange and San Diego counties, which he flipped from Republican to Democratic control in the 2018 midterm election. Levin is known for his emphasis on environmental issues.  Video by Rohin Ghosh 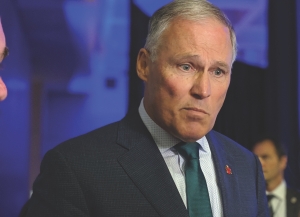 “People in high school are the rescue agents of the United States because they speak for the moral authority demanding that your parents and grandparents get off the dime and save the future … I talked to a woman from the Dartmouth Democratic Club a few months ago. She told me she had a couple conversations with her friends who said they were wondering if it was right to bring a child into the world, into such a degraded planet. When you get to that situation, people your age speak with great moral authority. So speak up, speak out and keep talking.”

Jay Inslee is the current governor of Washington and ran for president before dropping out of the race in August. Inslee is a major proponent of action to combat climate change and emphasized environmental issues during his presidential campaign. Photo by Sam Greenberg 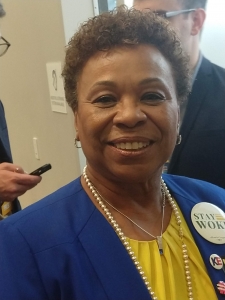 “Get involved, get registered to vote, keep fighting and stay woke!”

Barbara Lee is the current congresswoman from California’s 13th district, which includes Oakland and Berkeley.  She is known for her left-wing policy positions and opposition to U.S. military involvement in foreign conflicts. Out of both houses of Congress, Lee was the only representative to vote against authorizing the war in Afghanistan. Photo by Owen Longstreth

A conversation with Cory Booker: Introducing the 2020 presidential candidate