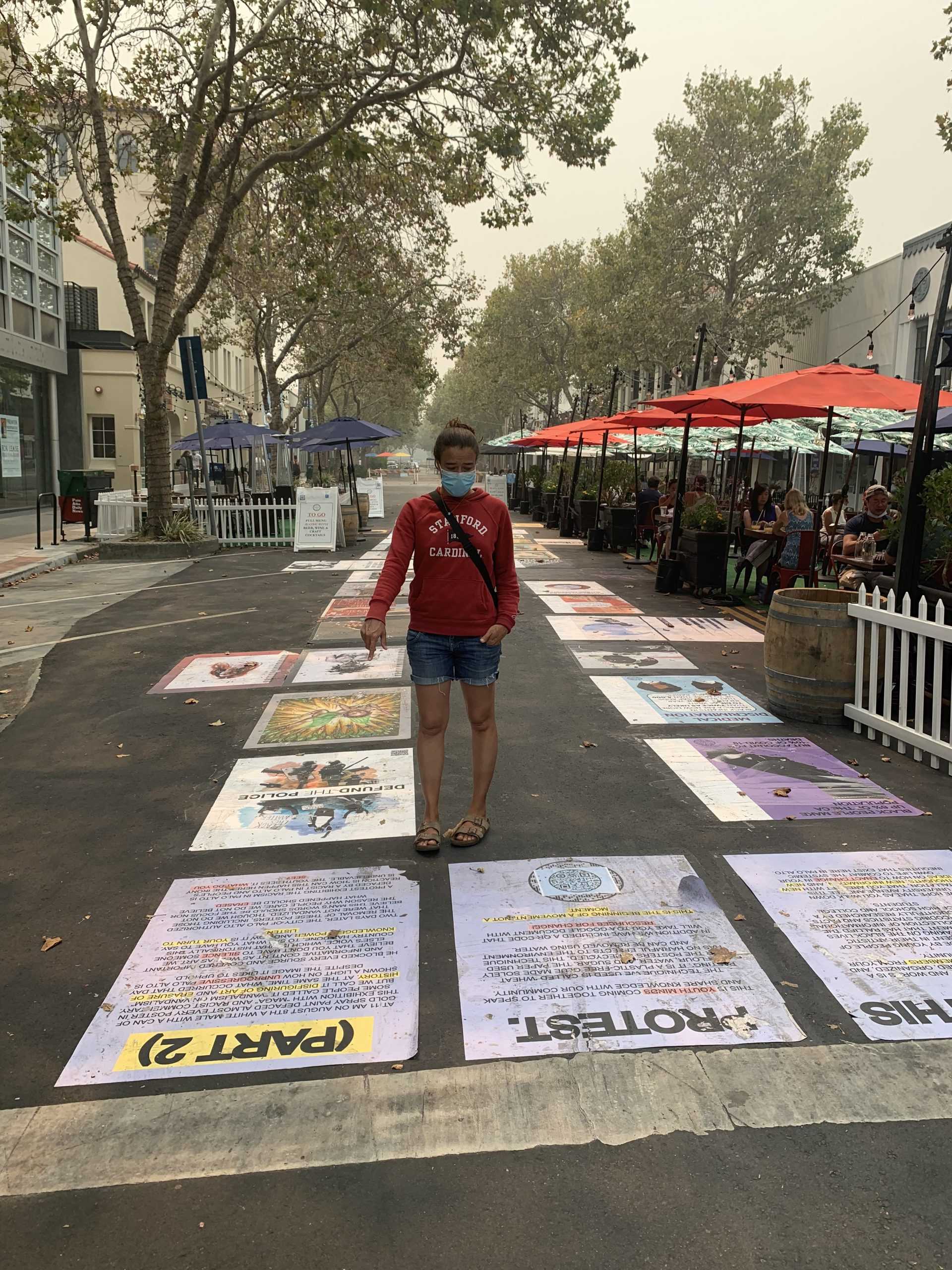 PROTEST POSTERS — Stanford researcher Neali Armstrong reads dozens of posters depicting anti-racism messages and art lining University Avenue on Sunday afternoon. “We wanted it [the installation] to be clean, to be powerful and to be the voice of the youth,” said Lucia Amieva-Wang, an organizer of the Palo Alto Youth Art Protest group and former Verde Magazine staff member. Photo by Paisley Annes

After a vandal defaced its first Black Lives Matter art installation on University Avenue earlier this month, a local protest group quickly raised over $3,500 for a second installation — and is donating the excess to local nonprofits.

In early August, the Palo Alto Youth Art Protest set up its first art installation on University Avenue, but it was defaced within five hours. A man was recorded spray-painting messages including “MAGA” and “They [Black people] commit more crimes” over the art in large gold letters. Soon after the display was defaced, the City of Palo Alto removed the art.

After media coverage of the vandalized art project, community members donated $3,520 for another installation, surpassing the initial goal of $1,500. According to the group’s GoFundMe, the money that was not used for the second installation is being donated to local nonprofits such as Tha Hood Squad art collective and Black Organizing Project.

A fraction of the money raised was used to create the group’s second art installation, which was plastered along University Avenue on Sunday. The installation consisted of 46 posters designed  by local high school and college students of color hoping to spark change using the power of art. The posters were a combination of statistics researched by a team of students and artistic creations illustrating the Black Lives Matter movement.

“I saw anonymous street art as this amazing way of opening people’s eyes and minds to the racism that we let exist every day of our lives,” said Lucia Amieva-Wang (Palo Alto High School Class of `19), co-organizer of the Palo Alto Youth Art Protest group. “We wanted to shock, we wanted to guilt, we wanted to pop the bubble that is Palo Alto.”

The protest group requested that the installation not be removed, but the City of Palo Alto took down the posters on Monday afternoon due to them being illegally placed on a city street.

Hana Morita (Class of `18), an artist whose work was featured in the first and second installations, used the vandalism as inspiration. Morita drew inspiration from the gold spray paint that the vandal used in his artwork, while maintaining the influence of her Okinawan heritage. 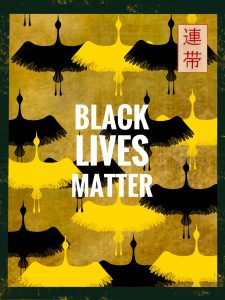 “In this piece, the gold represents the racism and hatred the vandal tried to impose, and I depict these black and yellow cranes flying above that, together,” Morita said.

Amieva-Wang was shocked and angry at the vandal’s actions, and was unhappy that the majority of the attention received from the media and community was focused on him.

“The facts that we found about the arrest rates of Black people in Palo Alto, about the gap in funding for districts in Palo Alto versus East Palo Alto, that is the real problem,” Amieva-Wang said. “Yet that was all overlooked.” 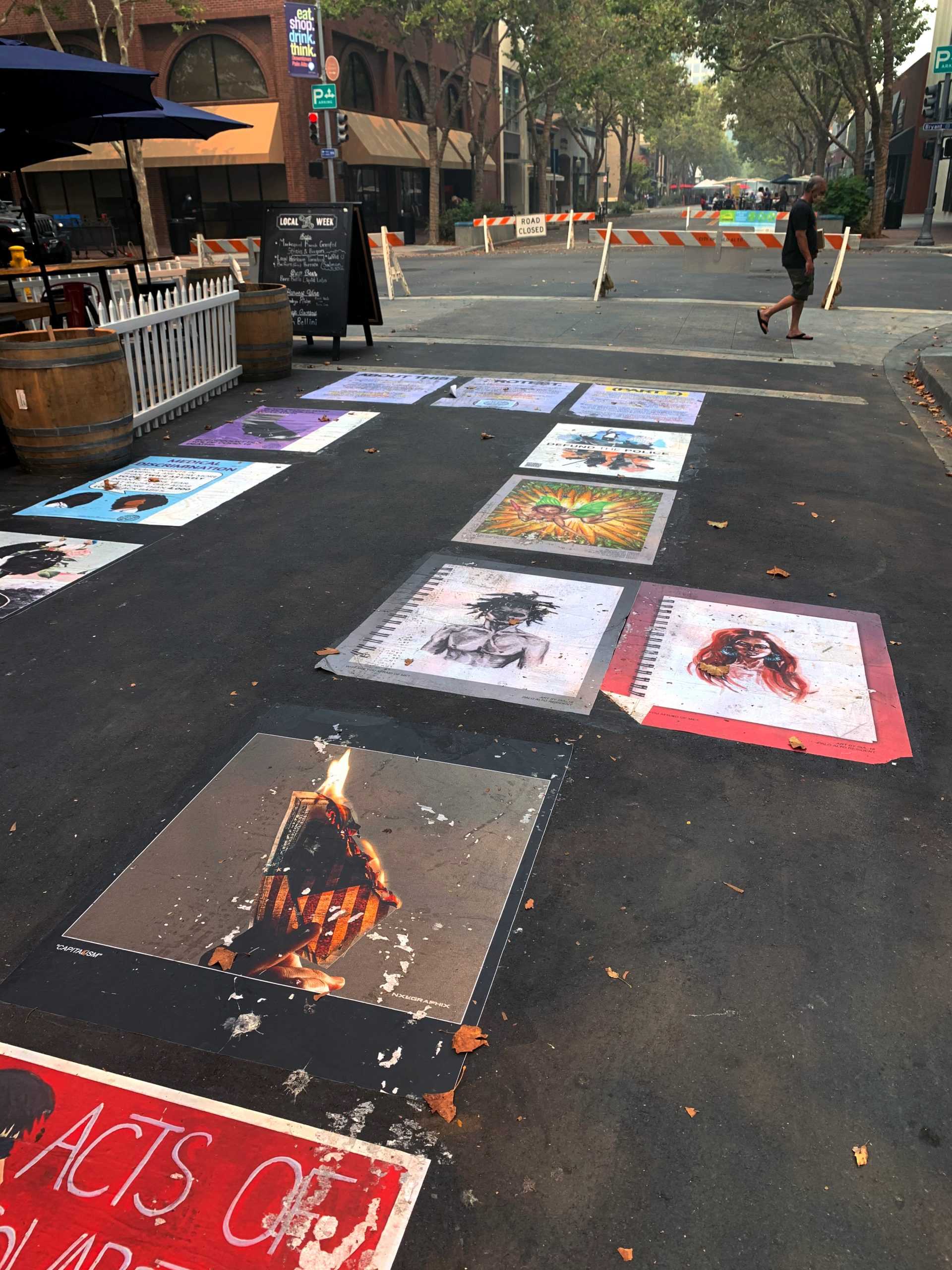 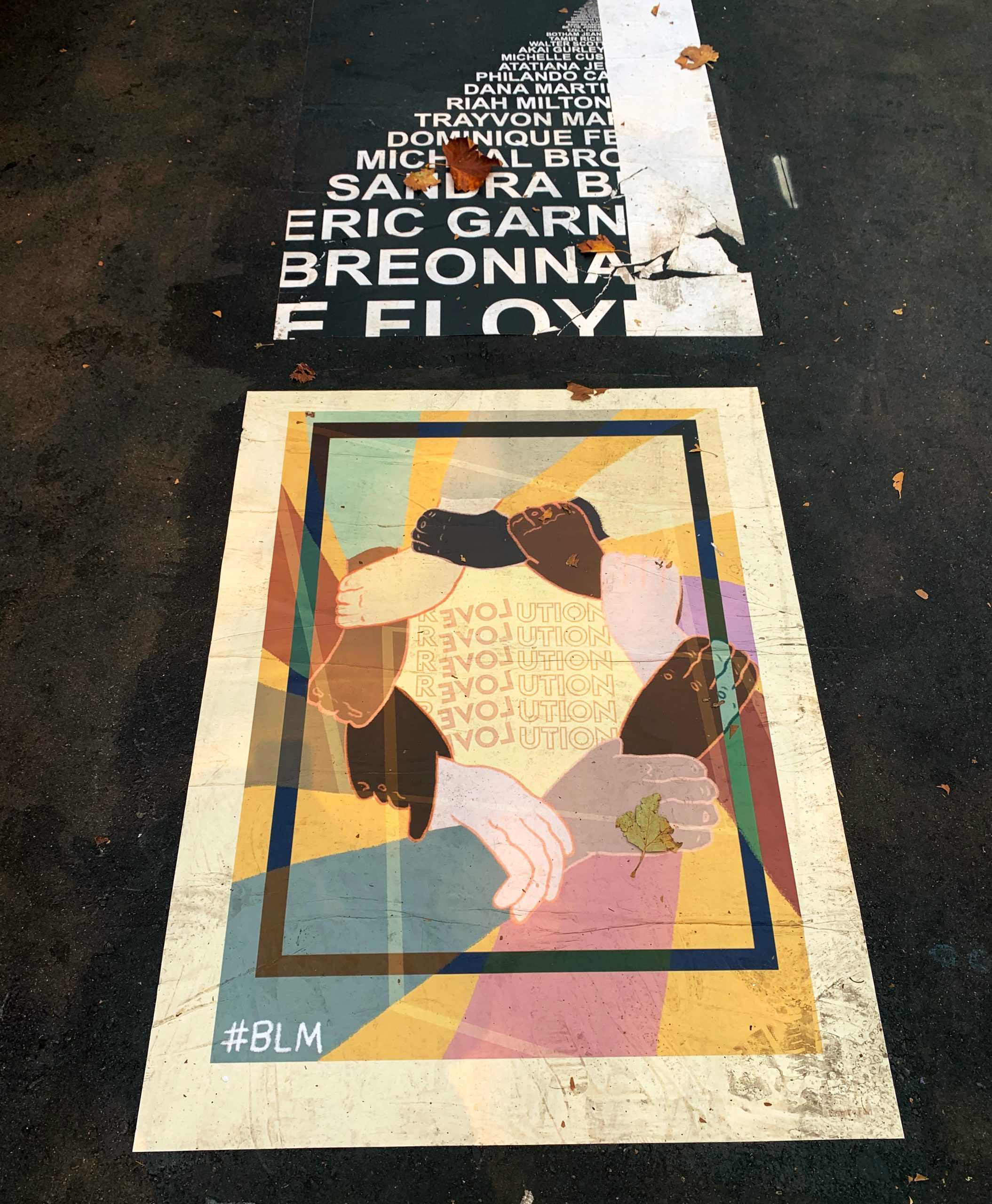 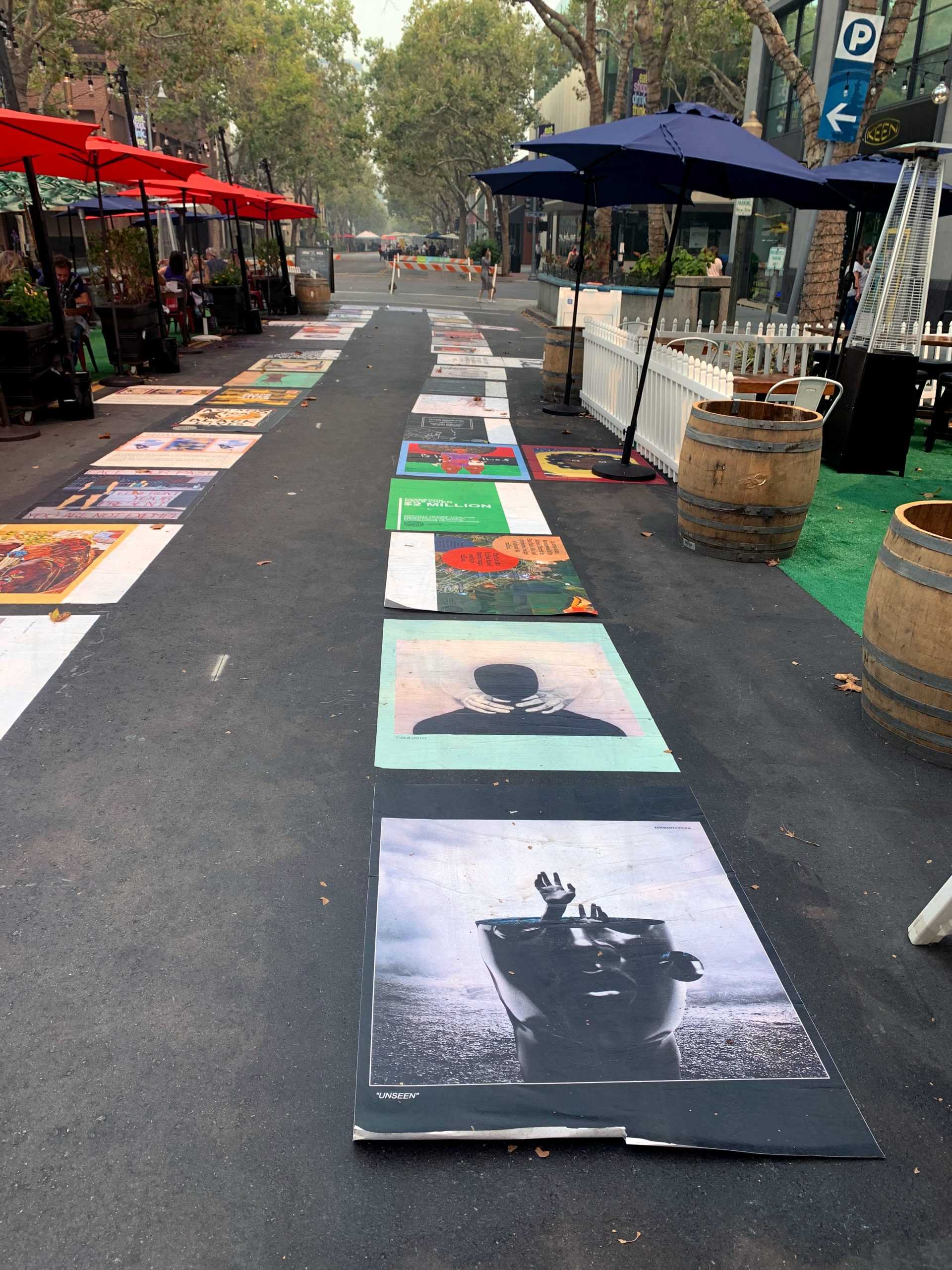 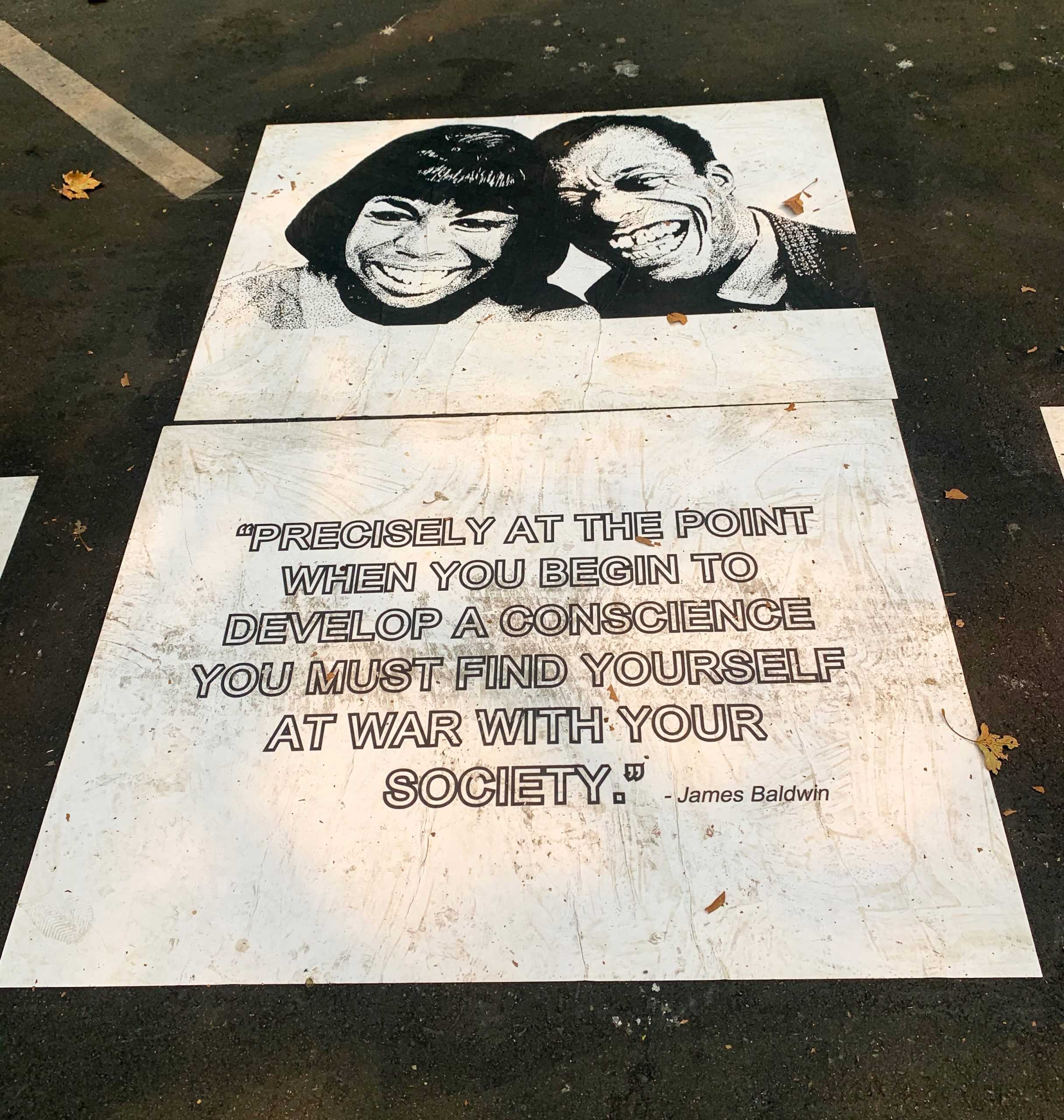 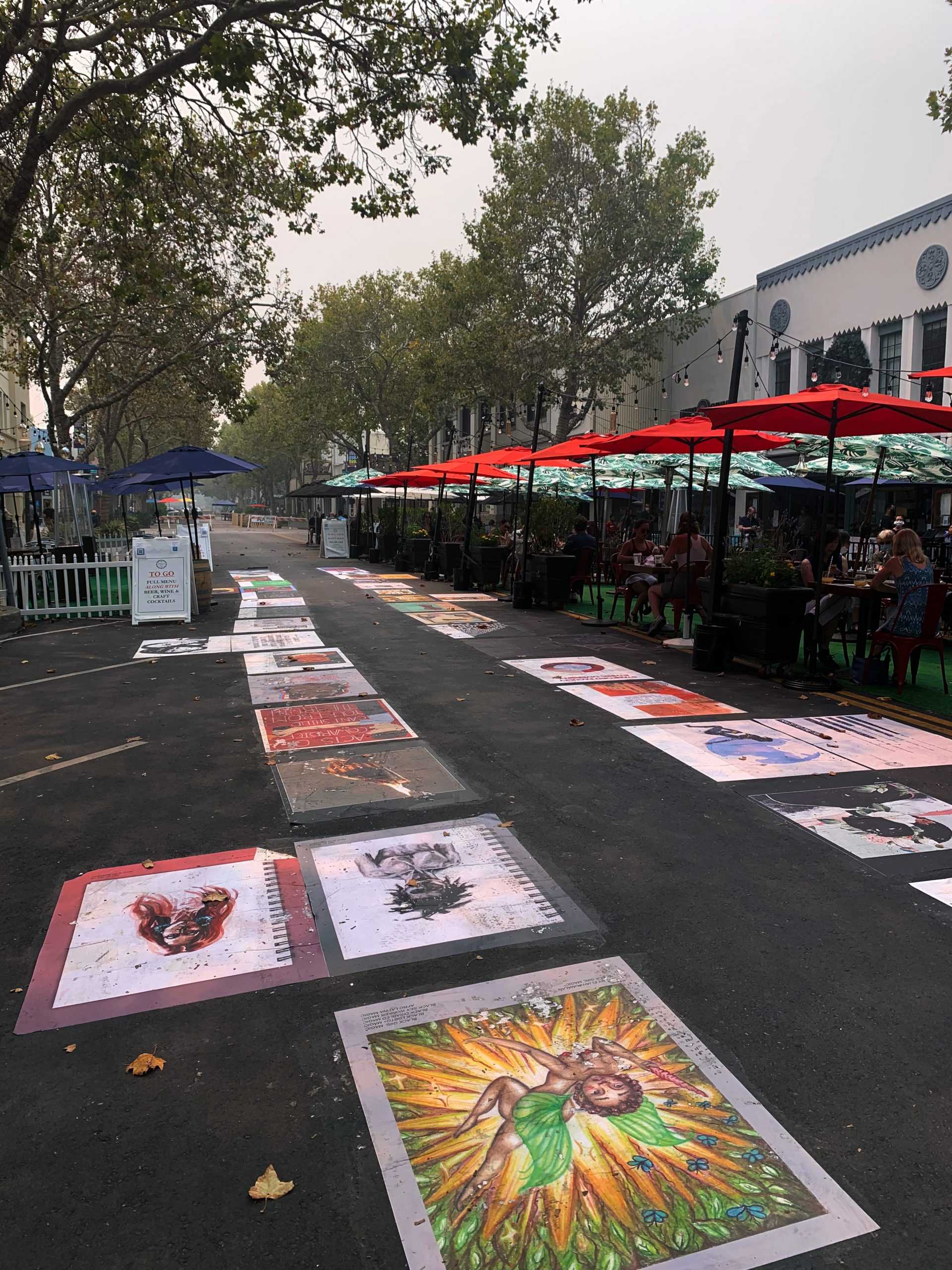 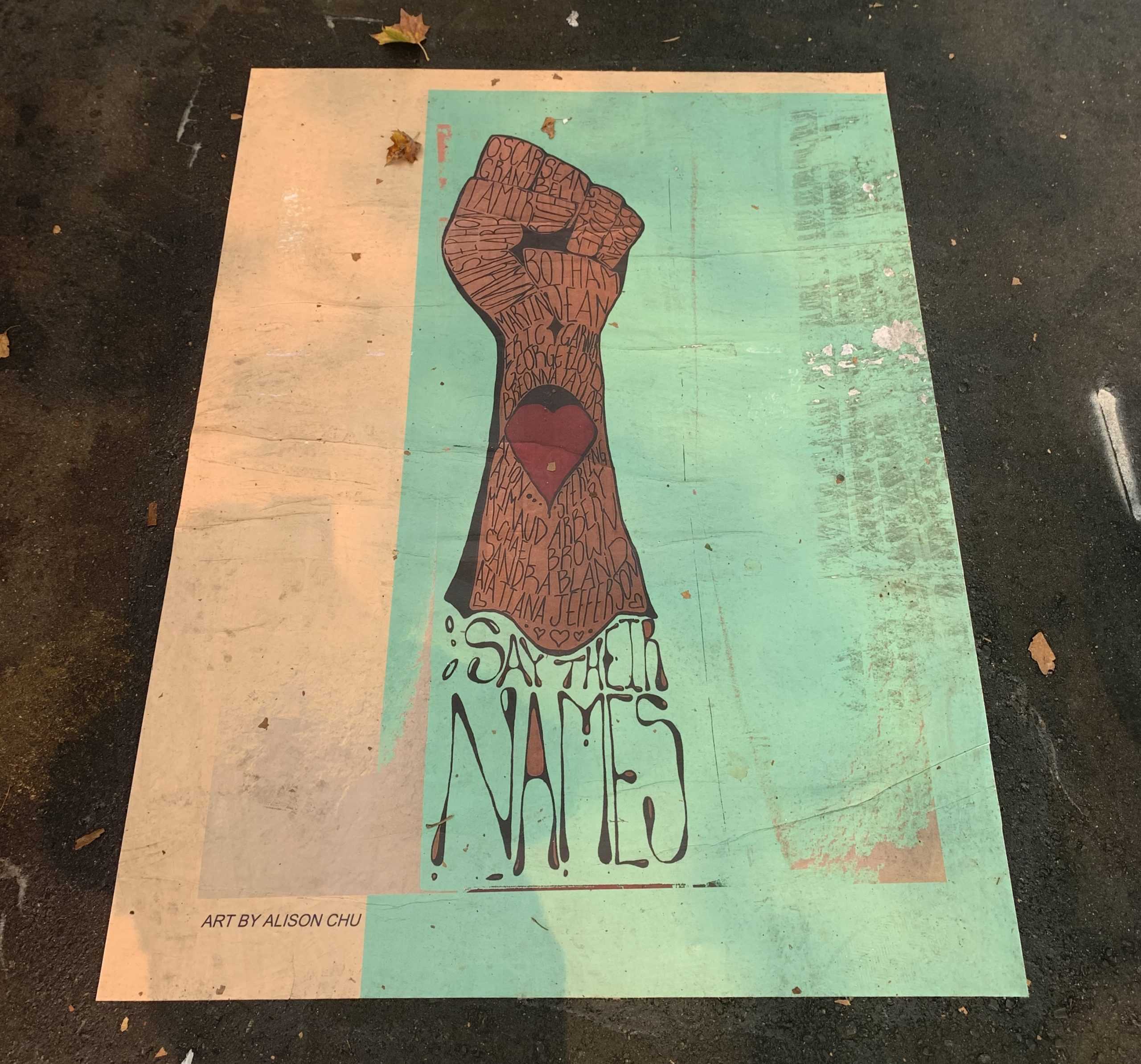