Carolyn recalls the first time she broke the law.

She was in the third grade, sitting in the Walter Hays administration office, filling out paperwork with a false address. Her mother had told her it was the right thing to do, but as she scrawled the address, Carolyn remembers feeling as if she was hiding behind the address’ meaningless characters — numbers and letters that spoke nothing of home. The same numbers and letters that kept Carolyn on the right side of the 8-mile divide between her and a better education.

“I felt like I was stuck [between] what my mother was telling me to do and what the truth was,” Carolyn says.

Carolyn’s case is far from uncommon. She is just one of many out-of-district students who breach the law daily, faking their addresses so they can attend Palo Alto’s public schools.

These students, whose names have been changed to protect their identities, cost the district upwards of $12,000 a year per-student according to residency officer Roberto Antonio River.

Carolyn and her peers are at the center of a phenomenon that exposes Palo Alto Unified School District as the victim of its own success.

The district actively pursues non-resident students through a search carried out over two randomly chosen grade levels each year by the district’s residency officer, who was hired as part of a 2007 crackdown on out-of-district students. This crackdown came about after the number of students dismissed from the district on the basis of residency violations nearly doubled between 2006 and 2007. This increase coincided with the enactment of a supplementary parcel tax that meant district families would be paying more than ever before for schools according to a 2007 article in Palo Alto Online.

By the district’s estimation, around 30 such students have been dismissed from the school district annually since the 2006-2007 academic year, effectively saving the district an approximated $360,000. To these students, however, PAUSD’s stringent residence policy means the threat of having to leave friends and education behind.

“It [is] really hard,” says Kate, whose parents have sent her to Palo Alto schools since kindergarten under the borrowed address of a relative. “Sometimes I feel like I shouldn’t be here.” 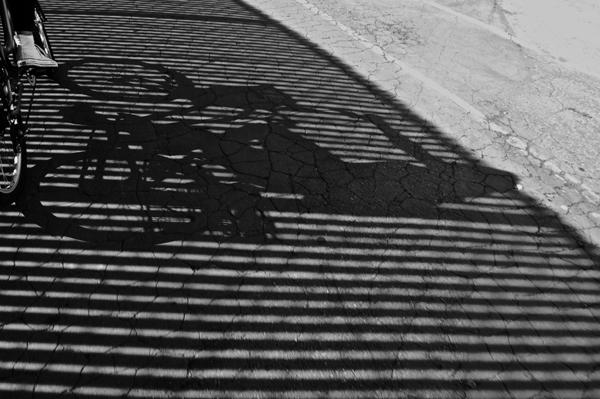 HIDING IN PLAIN SIGHT: Out-of-district students attend school hoping that the truth about their residency is never found.

Kate’s parents’ decision to illegally enroll her in Palo Alto schools has dictated the shape of her social life and drawn a very clear line between her sense of “house” and of “home.” Kate remembers waking up at 5 a.m. every day for school, each morning receiving her mother’s reprimand to keep the secret of her residency between her parents and the relative under whose address they are registered.

“Ever since elementary school my mom constantly told me, ‘Don’t forget: don’t tell anyone you don’t live in Palo Alto,” Kate says. “My mom said she could go to jail to get me to keep the secret.”

Kate’s attending PAUSD schools has caused some tension between her and her family.

Hiding her domestic life from her friends also took its toll on Kate, who broke her promise to her mother in middle school and told her secret to her closest friends. The betrayal of one friend has stayed with Kate ever since.

“I didn’t want to keep lying,” Kate says. “One of my friends knew that I didn’t live [in Palo Alto] and she told me that we couldn’t be friends anymore because I had lied to her. It was just so strange to me.”

Kate’s family accepts the pressure of secrecy as a sacrifice made for a higher quality education, a sacrifice that, for better or for worse, has defined Kate’s sense of belonging to a community that sometimes pushes her to her limits.

“I think I’ve gotten a better education,” Kate says, fidgeting nervously with the keychains on her bag. “The school work here is so hard that sometimes I feel like I just can’t deal with it. Sometimes I think it would have been better if I had just gone to school in [my city of residence].”

Even so, Palo Alto was the place where Kate’s childhood unfolded. It was where she learned to read, made her first and closest friends, the place where illegally she grew up.

“I can’t imagine what it would be like to have to leave,” Kate says.

One day, she came close to finding out.

“We almost got caught once … they sent someone [to the house] when I was in elementary school,” Kate says.

Although nothing came of the investigation, to Kate, it represents the very tangible threat of being evicted from the setting of her childhood. To the man who knocked on her door demanding proof of her residency, however, Kate’s near-expulsion was just one of around 100 contacts by the district every year.

River receives an accusation of illegitimate residency approximately once every day. These tips most often come in the form of bounced-back mail from an illegitimate address, a tip from an online source or over a phone call via an anonymous residency hotline [(650) 329-3700 ext. 7385]. River, like the families of the students he investigates, took the job of residency officer with the interests of his family at heart and in mind.

“I took the job for health benefits,” says River, sitting in his district office chair. “I have a young family. It was interesting to work with the school district, and it’s been very rewarding.”

To River, the reward in his job is serving the interests of young families like his own, the PAUSD residents.

“It [Disenrolling non-resident students] does a very good service to the school district and its taxpayers,” River says.

Even though he finds it difficult, River says he has to distance himself from any sympathy he feels for the students and families he investigates. The way River sees it, he’s not punishing the criminal, but the crime.

“We investigate parents and not students,” River says. “What affects me is that it [the population involved in residency violation] is not poor, it’s not rich, it’s everybody. They [Residency violations] cross all the different socioeconomic levels. I have to retain a level of professional objectivity. I cannot create results, I can only uncover facts.”

River begins investigations of suspected violators with a check on residency documentation, background and address legitimacy. He proceeds with his search using the physical paperwork of the family in question and through several government databases to which PAUSD subscribes. When these first steps give way to more serious suspicion, River takes further action.

“At a high school level, it’s almost impossible to be able to pick a student out of a crowd [so] … we implement one of two different field contacts,” River says.

These contacts include a “residency check,” in which an official identifies himself with a photo ID and PAUSD business card, asking to see a visual of the student as proof of their residency. Investigations are unannounced in order to preserve their candidness.

The other field contact involves a significantly more thorough observation.

“At times, we observe a student from an address to school, from school to an address,” River says. “This is basically watching the house, see[ing] who’s coming and going and mak[ing] observations.”

River only implements the “observation” methodology in his toughest cases.

“I think PAUSD’s methods are extremely invasive,” Carolyn says. “By following a student home, they are crossing a boundary that separates the student’s public and private lives.” Carolyn does believes it is well within the district’s rights to investigate suspected students using less extreme methods and remove them from the district, though. 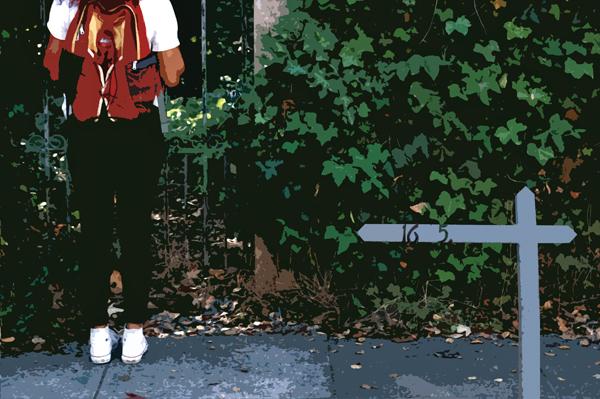 WRONG SIDE OF THE FENCE: Students across district lines face a conflict regarding the quality of their education.

For students like Jessica, the district’s stance on residency is much more than public policy. To Jessica and other out-of-district students, it represents the idea of equal opportunity, opportunity that they believe should be made universally attainable.

“A good education should be available to everyone,” Jessica says.

Not everyone shares her opinion — especially in PAUSD. Unlike its neighbors, PAUSD is a basic-aid district, which means that it gets a vast majority of its funding not from the state but through local property tax revenue and grants from parent-run organizations like Partners in Education and the Parent Teacher Association.

Growing numbers of enrolled students have brought the issue of residency violation into the arena of serious district concerns.

The more students are enrolled in district schools, the more likely it becomes that the quality of education will decrease, causing Palo Alto taxpayers to pay close attention to residency violations as a method of quality control, ensuring the highest return per tax dollar.

“Our schools are overcrowded as it is and we really don’t have the capacity for students who live outside the district,” says Diana Walsh, a concerned parent and former member of PiE. “Our classrooms are packed to the gill and overflowing.”

Jessica’s parents, however, were not thinking about education in terms of inter-district tax return when they lied for her to attend PAUSD.

“My parents just wanted me to have a good education and the same opportunities as kids here,” Jessica says. “They’ve sacrificed a lot to get me those opportunities.”

Many Palo Altans feel that Jessica’s parents’ is not a legitimate concern.

“The kids [who attend PAUSD illegally] are in a really tough place because their parents have convinced them that this is the best place for them when, in fact, they can get a good education in many places,” Walsh says.

The district focuses on the quality of its children’s education, which is being funded out-of pocket. The families of Kate, Jessica and Carolyn see no rationale for why they shouldn’t reap the same benefits and opportunities for their children.

The issue of district residency has extended beyond the bounds of economic dogma, and not just for out-of-district families. Some parents say that it not only detracts from legal residents’ educations, but also from the moral education of the student perpetrators as well.

“I’m horrified to think that parents teach their kids that it’s okay to steal to get ahead,” Walsh says. “To me, that’s appalling.”

For Kate, the issue is not political. It goes beyond questions of “stealing” taxpayers’ money and the morality of vigilante socialism in a capitalist system where the taxpayer’s dollar is everything. To Kate, her address is just a collection of meaningless numbers and letters that allows her to remain within the boundaries of the place she calls home.

“I just sleep in San Jose and come back,” Kate says. “Palo Alto is my home.”