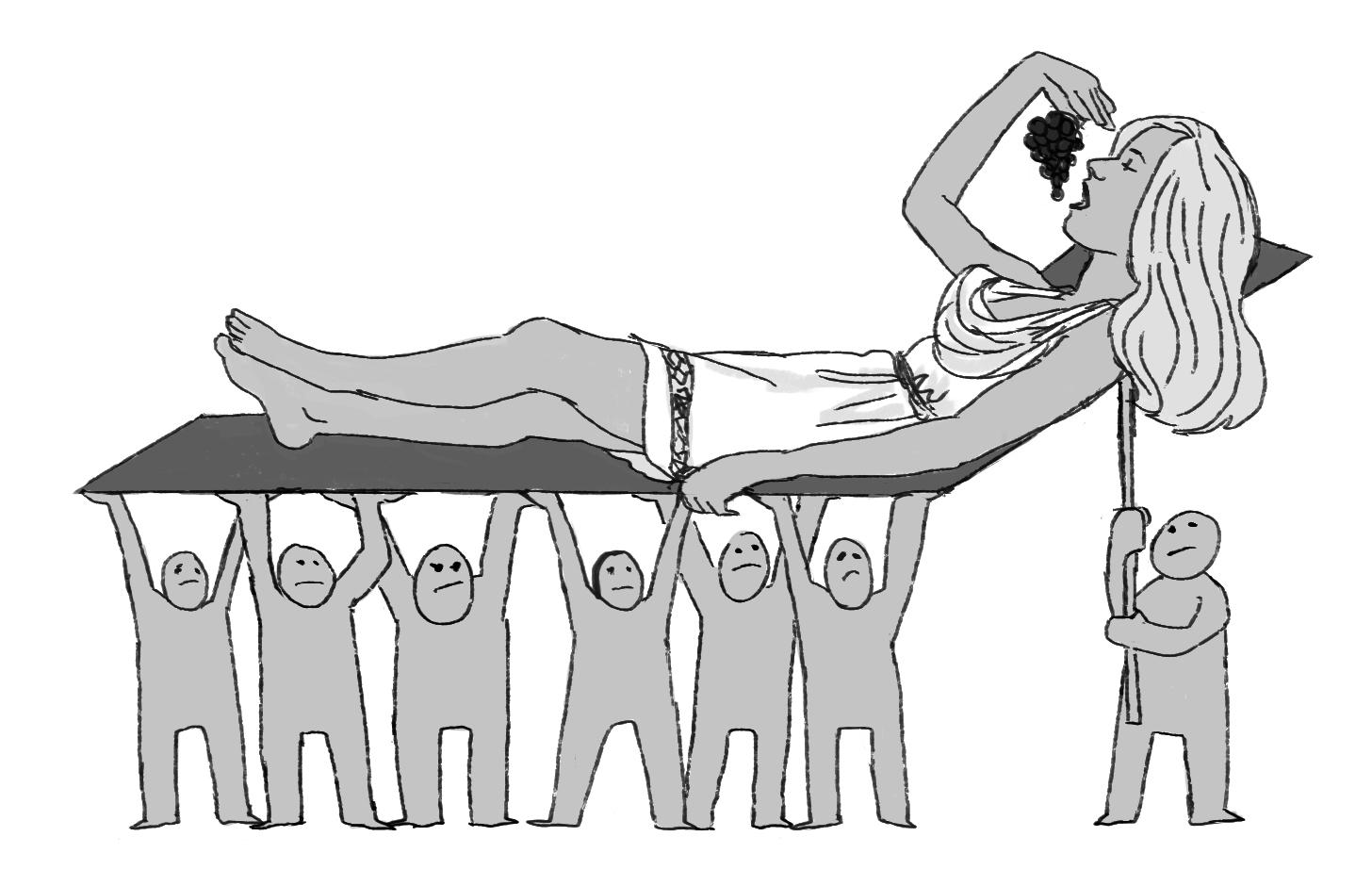 When I first came to Palo Alto, I remember staring out the window of our car and wondering where all the corn fields were. My four-year-old logic led me to the conclusion that people must starve in the winter because there was obviously not enough  food to go around. As I grew older, I began to realize the reason why there were no corn fields was because the value of land was much greater than where I’d moved from in Illinois.

It was easy for me to see from early on that Palo Alto is a lot different than central Illinois. Palo Alto is the second wealthiest small town in the United States, according to SFGate. The huge wealth disparity between the two towns made me feel like  the power the ultra-wealthy wielded was inequitable.

Growing up in Palo Alto, most of us have benefited from the exposure to opportunities that all this wealth has provided. People come here with big ideas in their heads and plans to make lots of money. Success surrounds us, and it isn’t a far reach to become a part of it. But many people aren’t rubbing elbows with society’s elite or growing up in an affluent, educated area where they have access to the same opportunities.

It is unjust that when the average annual income in the U.S. is $50,000, the cheapest house you can find in Palo Alto is in the million dollar range. It is wrong that people can’t go to their dream college because they cannot afford to. No one should feel powerless over their own lives because they lack money.

I identify politically as a democratic socialist. I think the U.S.’s current economic system is set up for failure for many people. The U.S. is on the fast track to a dystopian society akin to that of the Hunger Games: The Capitol vs. District 12. As I see it, capitalism is a system that doesn’t place a value on ethics and allows for the vicious cycle of the rich getting richer and the poor getting poorer. It’s time for a change. What we need as a nation is a society that is a mixed economy — one that is both capitalist and socialist. The U.S. should be setting up a regulatory economic system that not only promotes innovation, but also equality.

Before you shake your finger and accuse me of trying to ruin America, think about your understanding of socialism. If you’ve drawn a blank or hauled out your American flag to talk to me about Communist Russia, neither of these responses make you an educated citizen or a knowledgeable voter. Socialism is an economic theory referring to the idea that a society’s means of production, distribution and exchange are regulated by a committee, instead of letting the market regulate itself.

Capitalism promotes innovation and entrepreneurship because the government isn’t telling the economy who, what, or how to produce goods, which is fantastic. Our nation’s success is based in innovating, forward-thinking business people.

However, the top 1 percent of the population in the U.S. will control half of our nation’s wealth by 2016, according to the Public Broadcasting Service. This is what happens when you allow industry to go unchecked. The market is focused on making money, not on the interests of people.

This is why I propose a mixed economy. Obviously, the government shouldn’t control everything. I’m just saying that the U.S. needs to spend the time and money on programs that close the gap between the wealthy and poor — programs in healthcare, education and welfare.

We need to combat the influence of money on elections that, due to rulings like Citizens United, allow the uber-rich to control politics and the means by which our government functions. As a nation, we need to do a better job of providing equal access to education, economic opportunities, and to the political system. We are causing irrevocable damage by disregarding the fact that brilliant minds are born everyday, regardless of their zip code or the money in their parent’s pockets.