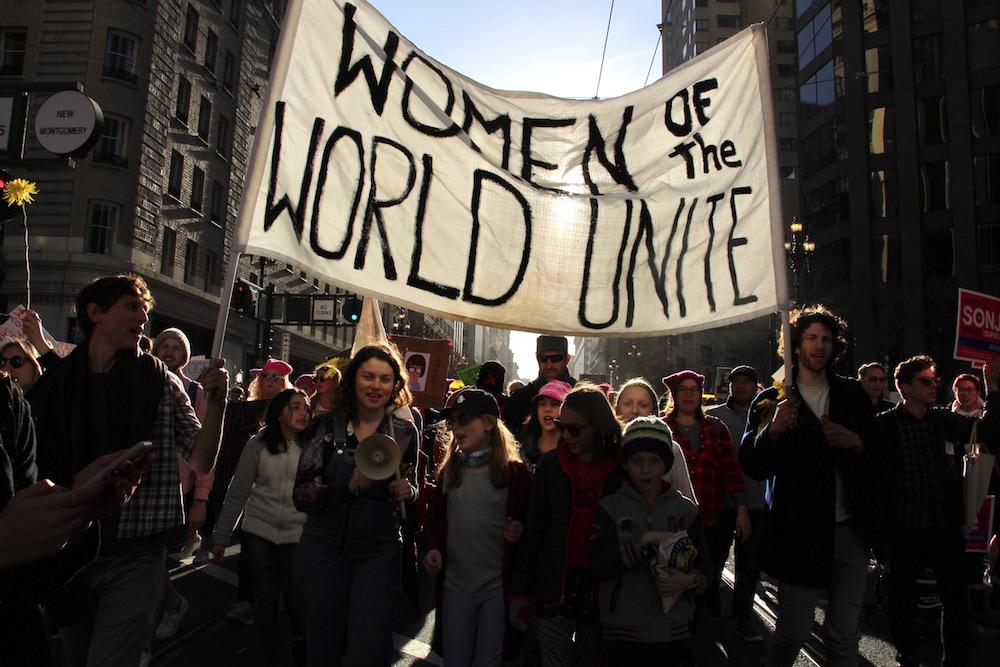 A peace of their minds: students define their activism

What does it mean to be an activist? Does it mean physically attending a women’s march waving signs that demand equality? Or does being an activist mean writing to a local senator to demand change?

To answer these questions we look to our past and present activists: understanding their ideals is what can inspire ours. According to Palo Alto Historian Steve Staiger, long before the Trump era, students in Palo Alto’s high schools learned from their role models at Stanford and realized they, too, could have a voice. The height of activism in Palo Alto took place during the tumultuous 1960s,  and was marked by protests about the Vietnam War and the dissolution of Palo Alto High School’s Associate Student Body in the late 1960s.

“I think being an activist really just means that you see a problem in the way society works and you takes steps to change that, whether that means signing a petition or starting a march or writing an op-ed,” says Maya Homan, a senior and one of the founders of the social-justice oriented Anthro Magazine.

Homan’s love for journalism has influenced her definition of activism, and the mediums she uses to create change.

However activism is a subjective term, and everybody has a different way of defining it. Jasmine Martin-Partovi, a senior, considers herself an activist, but has a slightly different definition of the term.

“I think being an activist is definitely about more than just educating yourself to a small extent and posting about it on social media,” Martin-Partovi says. “I do think those things are super important … but I think you have to physically get out and use whatever you can to try to change things.”

From various interpretations of actvism, a common theme emerges: working to create change. Homan helped organize Palo Alto’s peace march in 2016, and remembers the effort that went into planning  it.

“It all came together in four days start to finish,” Homan says. “Someone had posted in our class Facebook group about walking out of the school … and then from a couple people who were interested, we got a group chat together … everyone had the same goals … and we all worked together really well.”

The organizers didn’t stop there. They created Anthro, a magazine “for students to express their opinions and voices.”

“I think it’s really important in the age of social media not to present this front of activism and then not actually do anything.”

Homan plans on continuing her writing in college, and hopes to use it as a powerful tool in creating change.

Martin-Partovi contributes to the causes she cares about in numerous but different ways, and believes that to be a true activist, more must be done than simply believing.

Martin-Partovi says the charged political atmosphere at the moment is also shaping what it means to be an advocate.

“I think it’s definitely made activism more trendy,” Martin-Partovi says. “I think it’s really important in the age of social media not to present this front of activism and then not actually do anything.” 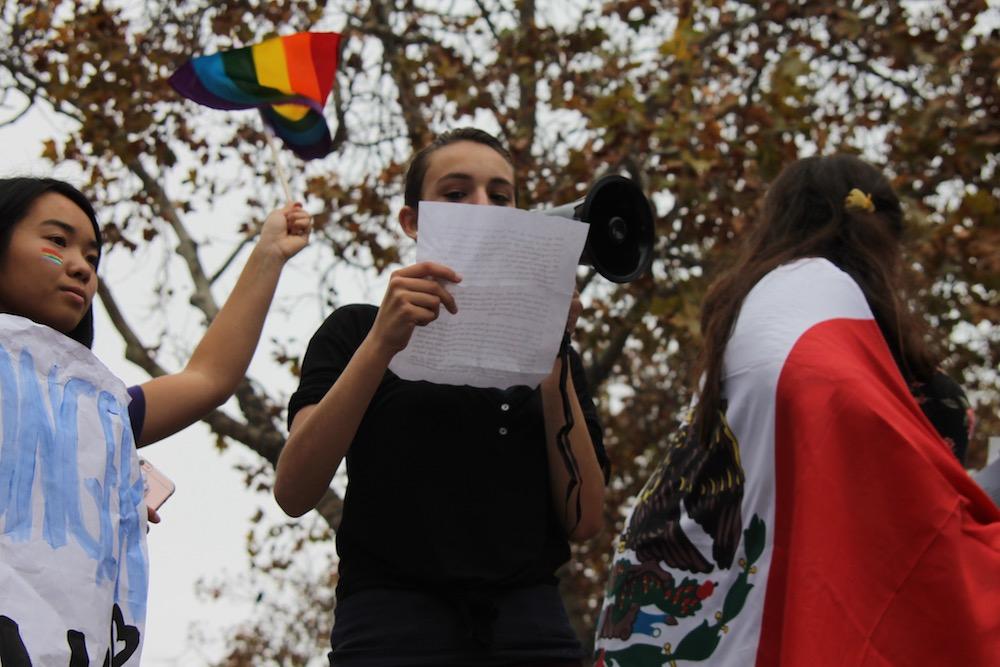 A PROTEST THROUGH WORDS Maya Homan speaks to a crowd of students at the Palo Alto Peace March on Nov. 15, 2016. “I think seeing how many people really did care about it and really felt supported by the march, that was really cool,” Homan says. Photo by Allison Wu.

While technology continues to transform our world every day, activism is still the same at its core.

“Take what you see today, it’s nothing new.” Staiger says, “the biggest change is today an event can be planned very quickly, and thousands of people can know about it within minutes.”

For example, the Palo Alto peace march was advertised over Infocus, Paly’s television program, and Facebook, to draw in participants.

The efficient use of social media to plan large-scale protests like this speaks to technology’s revolutionary ability to aid the real life revolution for social change.

“I think the Internet has definitely changed the forms that [protesting] takes … but I think the general idea of …  rallying and marching and just making your voice heard has pretty much stayed the same,” Homan says.

The opportunities technology offers for activism are endless, but Martin-Partovi believes there can also be some downsides.

“I think social media has been good for spreading the word about protests or marches or issues, but a lot of small issues get really blown up and famous, and then a lot of big issues get ignored because they are a little more controversial,” Martin-Partovi says.

As a society we tend to only share the best parts of our lives, and expressing a controversial idea can sometimes break the image we carefully construct online. According to Martin-Partovi this “perfect” appearance has changed certain forms of activism.

“I think it’s also kind of made some forms of activism less significant, like going to the women’s march and taking a selfie or bringing your dog and wearing a cute outfit and posting pictures, and going to show others that you were there,” Martin-Partovi says.

Martin-Partovi also acknowledges that social media might be an echo chamber, presenting her with biased viewpoints or leaving out part of the story.

“It’s very hard for me to tell what the opinion of everyone is because what I see on Instagram, or what people see on Facebook, is the people they’re friends with and the people who share their opinions,” Martin-Partovi says.

The future of activism

These activists wish their peers wouldquestion the status quo more.

“At Paly particularly, I think it’s kind of frustrating, because there are a lot of liberal people, but there are also a lot of people who are very passive and I guess complacent,” Homan says.

However, she does see hope for the future, and explains that there several simple ways to get involved.

Martin-Partovi also says that conversation is a powerful tool, one she admits that has changed her views. While activism may change its form as the world evolves, its essence will always remain the same.

“I would think the best way to get involved is to open your mind a little more, stop pushing back on ideas so much … I have had my mind changed by people like that,” Martin-Partovi says.