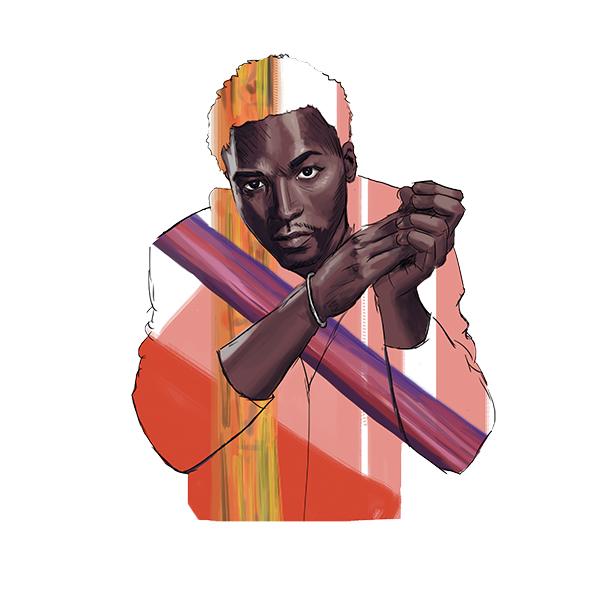 “It’s an interesting album because it’s a transition,” continued Lupe as he imparted how his diminishing presence in pop culture has had an impact on his newest hip-hop record. “I’m not as relevant as I was before … I think I had my peak and now I am coming down in relevancy. It’s not a sad thing for me. I don’t want to be relevant today. I don’t want to be the go-to guy for the club song or to speak on all the dumb s*** that’s going around. I’m happy being that somewhat sophisticated, overly deep, weird guy making powerful music.”

From this statement, it may seem like Lupe has somewhat given up on his career. However, if one were to assume that like Lupe’s relevancy, his music is also making its “last kicks,” one would be dead wrong.

As stated earlier, Lupe’s newest album is indeed a career “transition,” and he reflects this in the music through recurring themes of change and progression in the seemingly regressing world of hip-hop culture. Most conspicuous of these attempts are the periodically spaced interludes, as well as the intro and outro, each named after one of the four seasons. The intro is “Summer,” the interludes are “Fall” and “Winter,” and the outro is “Spring.” These tracks divide the album into three parts.

Adding to the complexity of the album are the nuanced, stylistic differences from “season” to “season” as they relate to increasing levels of severity of subject material, as well as the loss of innocence of the narrator, presumably the youthful Lupe. Also notable are the ongoing shifts in lyrical delivery as they coincide with hip-hop’s historic progression as a genre. Lupe starts initially with the old-school style of prioritizing word-play and flow over all else and then slowly transitions to the more popularized deliveries of contemporary rapping by the end.

With this album, Lupe has made it clear that he’s all about change, which honestly comes as a great relief when looking back at his last two albums, notorious for consisting of his most subpar and “dumbed down” material since his debut. With this newest release, not only does Lupe reestablish why many came to love him in the first place, but he solidifies his place as one of the best to ever touch the mic.

This album starts off beautifully with the intro track, “Summer,” which conveys warmth and innocence as well as sets the tone for the “Summer” portion of the album. There is a pleasant, watery ukulele underscoring the sounds of laughing children playing in a pool, accompanied by soaring strings and the delicate plucking of a violin. The songs that follow this intro and essentially fall within the “Summer” section of the album all share a similar whimsical and childlike tone, either through the sonic aesthetic or the subject matter.

The track “Mural” has an especially serene, old-school instrumental, with some angelic vocals, and a winding piano loop. Additionally, it exhibits one of Lupe’s most impressive lyrical performances to date, with a nearly nine-minute verse devoid of any remnants of a chorus, which shows off not only his proficiency as an MC, but also his genius lyricism and wordsmithing.

For example, Lupe foreshadows the concept of his album with the lines, “First part of a party, that I throw in parts (in reference to the three part aspect of his album’s composition) / One minute you’re playing pool (swimming ‘pools’ are often associated with “Summer”), next minute you’re throwing darts (in the “Winter” section Lupe addresses many dark topics like gang warfare and violence) / But that’s what you do with a party that you throw in bars.”

Another highlight from the “Summer” section is the fourth track, “Dots and Lines,” which incorporates violins and a rather playful harmonica, and uses references to mathematics, geometry, and the sciences to describe philosophical concepts, convey truths in everyday life and touch upon religion.

As one would expect, the interlude track, “Fall,” signifies the beginning of a stylistically different section, themed after everything that fall represents. In “Fall” we have a cautiously thumping, deep bass line, some melancholy violins that also feel a bit foreshadowing, and the not-as pronounced sounds of children playing, this time in autumn leaves.

“Prisoner 1 & 2” follows this interlude with what can be perceived as the moment of lost innocence in the album. Here Lupe raps about the different perspectives of “prisoners,” first that of an inmate, then a prisoner from Guantanamo Bay, and finally a prison guard, with an incredibly passionate delivery and some of the most intense instrumentals in the whole album.

From that track on until the end of the section, there are a number of progressively sobering songs that sound considerably more mellow. The rest of the “Fall” section is like Lupe metaphorically falling from his idyllic world of youth and comfort and picking up the pieces of what he once thought to be true.

The “Winter” section is naturally the darkest part of the album, as well as where we see the slightest glimmers of hope. This portion screams of anger, distress, agitation and sorrow, as is made apparent from interlude track, “Winter,” with its dissipating, dissonant grinding of strings as well as the aimlessly dwindling violins that help create a desolate and deranged tone.

After, we have a nearly 10-minute posse-cut where Lupe and a number of underground MCs rap from a ghetto-centric frame of mind, detailing their struggles, hardships and triumphs, all over one of the grimiest instrumentals on the project.

Then, in the song “Deliver,” Lupe illustrates the bleakness inherent in the hood, utilizing the extended metaphor of a pizza delivery boy refusing to drive into “not-safe-zones” for fear of a violent entanglement, a drug transaction or exposure to other illicit activities. The “pizza” in this case represents “cheese” and “bread,” both slang terms for money in rap, and essentially poses the statement that the hood is deprived of the opportunity to prosper financially because of the institutionally unfair system that traps people into unlawful lifestyles.

Afterwards, we get “Madonna,” a meaningful ode to mothers raising children in the hood. While detailing the struggles mothers face in warding off the harmful influences that could ruin their childrens’ lives, Lupe makes biblical allusions to the Virgin Mary and her attempts to protect Jesus from his persecution.

“Proceed to the next level” jabs Lupe on “They.Resurrect.Over.New,” in a fashion similar to the pinball arm noises heard in the skit at the beginning of the song. What does this all mean? Well, considering that (a) this comes before the outro of the album titled “Spring,” (b) the song thematically is about advancing forward in a videogame, and (c) the song title itself includes the words “Resurrect” and “New,” I’m willing to bet this track has something to do with the rebirth of Lupe, whether it be through his music or his career. Or maybe both. As we know from his interview with “Billboard,” Lupe is relinquishing his spotlight and at the same time promising us more “deep,” “powerful” music — as he called it, a “transition.”

Well, honestly the man has hit his mark, because I can’t think of one album that’s come out within the last couple of years that could compete with this monster of an album. “People change like the seasons,” as the saying goes, and in Lupe’s case, this change of pace is suiting him surprisingly well.