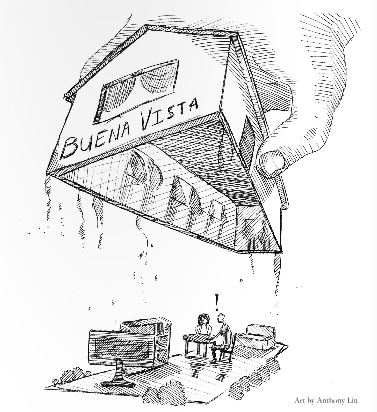 In April, the Palo Alto City Council will be reviewing an appeal of the closure of the Buena Vista Mobile Home Park. The city council approved the request for an appeal in January, the final step in a three- year process. As it stands now, the owner of the park has been required by state and local law to create a Relocation Impact Report to detail the compensation he will pro- vide for residents. The compensation and relocation plan has been approved by the city and a hearing officer, and the upcoming appeal represents the final chance for the RIR to be revised before it goes into effect.

Verde believes that the RIR does not fairly compensate the residents of Buena Vista for the loss of their homes and community. The current relocation plan does not adequately provide for “comparable housing” within 35 miles of the park, a serious problem for the 400 residents living in Buena Vista who are primarily a population of low to very low income, mostly Latino people. Without the park, which is hundreds of dollars cheaper than any other living space in the city, many of these families could end up homeless.

Currently, the residents are receiving compensation based on the current value of their homes. Many of the trailers, originally containing one bedroom, have been altered to increase living space. However, as most of these alterations have not been formally approved by the owner and are thus considered illegal, they are not factored into the rent subsidy (though they are included in the appraisal). Since most Buena Vista families will be dependent on the owner’s subsidy, they will not be able to afford any housing other than a studio apartment. According to the residents and their lawyers, the owner has turned a blind eye on these alterations in the past and is now attempting to use this to his advantage. The residents should receive compensation based not on the number of original, manufactured bedrooms in their mobile homes but based on family size. Verde acknowledges that while the City of Palo Alto has put in place important procedures to attempt to ensure fairness for both the residents and the owner, these measures have not yielded the necessary results.

In many ways, Palo Alto is doing something quite cruel to the residents, much more cruel than if they’d never been allowed to live here in the first place. It has given the residents access to wonderful opportunities like the education system. Now, after decades of allowing these residents to become integrated into the community, Palo Alto is forcing them out without even offering a real, viable solution for their relocation. Undoubtedly, the owner has a right to shut down his private property, but if he cannot be depended upon to provide fair compensation, then the city council, as the appeal’s arbitrator, must take it upon themselves to do everything within their power to ensure the residents are able to stay nearby permanently.

Verde implores the city of Palo Alto to seek out any possible solution which would allow the residents to remain in the park while also providing the owner with fair compensation.